Trump Me me me 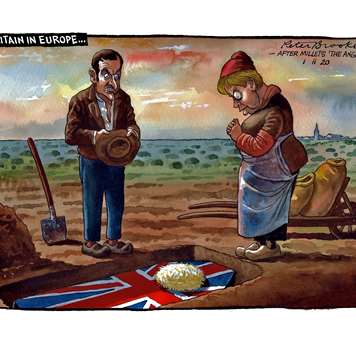 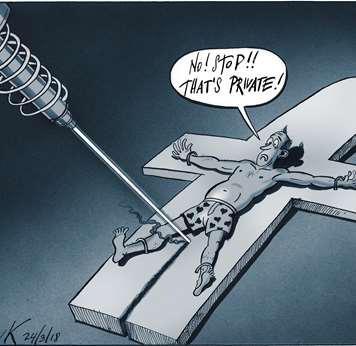 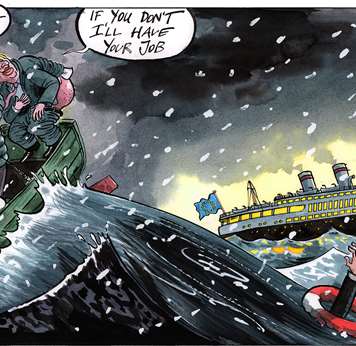 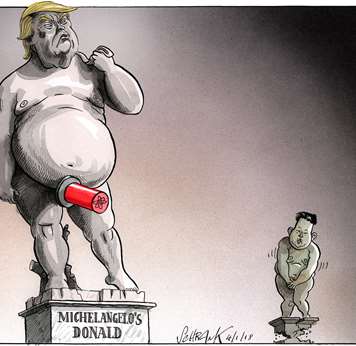 May and Brexit talks

Trump on Air Force One

Migrants in the Med 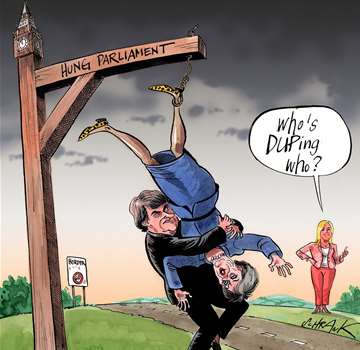 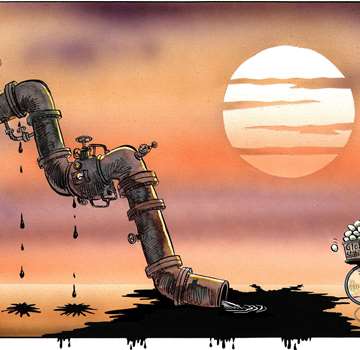 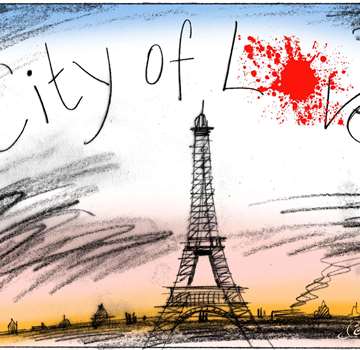 The EU ship of states

Calais and the swarm 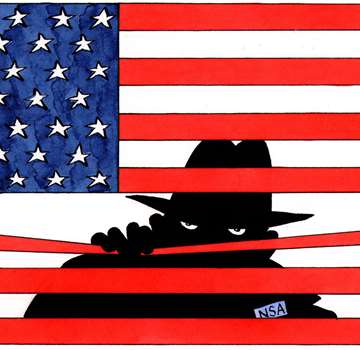 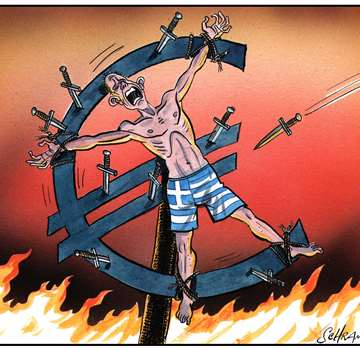 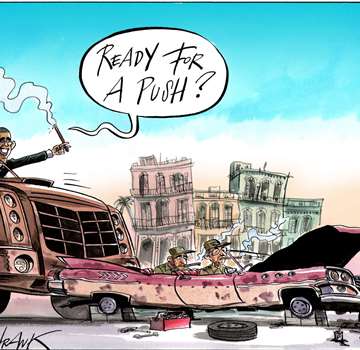 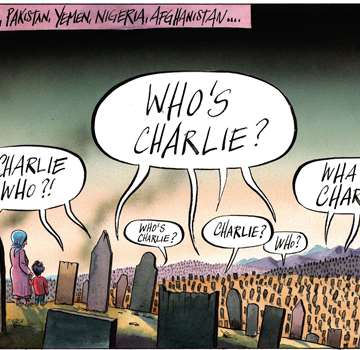 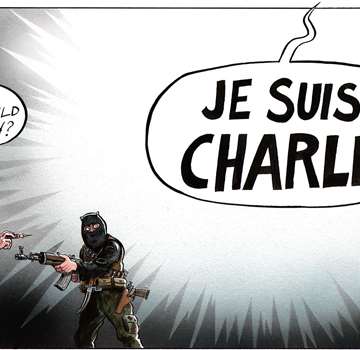 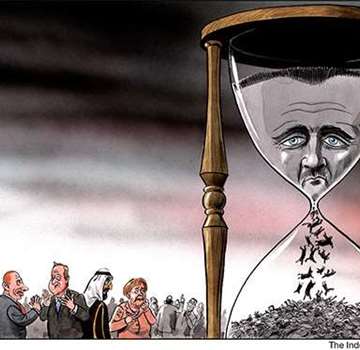 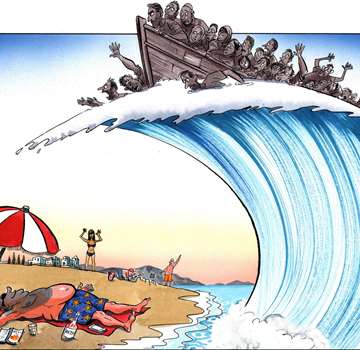 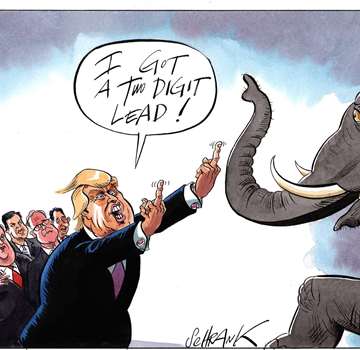 A message from cartoonist Peter Schrank

We cartoonists have a dilemma:  like all decent people we hope for a better world, yet we depend for our livelihood on a world of lies, deceit, broken promises and violence.

For us, bad news is good news.

We wake up every morning looking for something to rail against, something to upset us, to make us righteously angry and to motivate us.
From this perspective 2016 was a particularly good year. We've had the humanitarian disasters of the War in Syria and the migrant crisis, we've had Brexit, Donald Trump and the rise of populism in the west. These events have stoked our paranoia, raised our anxieties, given us new causes and targets, and hopefully made us raise our game.

Donald Trump is the perfect example of bad news being good news for cartoonists and satirists: the prospect of a man so seemingly shallow, vulgar and objectionable, a man of such ludicrous appearance, occupying the most powerful office on the planet must fill every right thinking person with horror. Yet to satirists he's a gift, a source of endless inspiration.

Equally the brexiteers with their deceitful pre-referendum campaign... a disaster for the UK and the EU, but delicious inspiration to us.

So cartoonists and satirists are a little like vultures: we depend on death, deceit and destruction for the survival of our profession.

However, there is another side to this. I believe the cartoonist  has a moral obligation.
He should, with his sharp pointy pen as a weapon, be ready to ride to the rescue of the downtrodden, the repressed  and the dispossessed. Satirists should always be on the side of the afflicted, those who can't help themselves, and  should ultimately remain impartial, judicious, fair. I think it's wrong to attack a politician for the sake of it, to automatically suspect corruption and self interest. We should give those in power the benefit of the doubt, save our scorn for after they've let us down.

One of the problems with world affairs, particularly in the west, is an all-encompassing cynicism, the kind of thinking that, for example, claims that Trump and Clinton are as bad as each other. Lazy thinking, almost comforting. Why bother, everything is going to hell anyway. This is a dangerous fallacy, which cartoonists, satirists and all professional cynics must not help to perpetuate. Particularly in a world where even the truth and facts are contested. However much we exaggerate, blow things out of proportion, strain for a laugh, we must still stick up for the truth.

Perhaps some of this sounds pretentious. What are we talking about here? A little drawing buried in the back pages of a newspaper or a website. Drowned out by all the noise of rolling news,  endless chat, tweets and blogs. Something to briefly smirk or chuckle over, only to move on and instantly forget. After all it's funny, and funny is not serious.

But it's still a job to be taken seriously. And a job, which is a lot of fun, in spite of all the gloom.