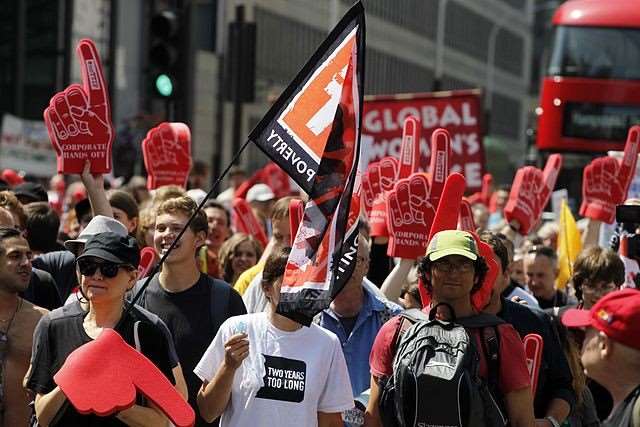 TTIP is an act of lunacy and an attack on democracy.

This is essentially the message from a few anti-TTIP groups’ online media campaigns over the past year and a half. As a consequence, the positive, business-like, think-it-do-it spirit of early 2013 fell victim to emotions of fear and narrow anti-globalisation views. The standard economic arguments in favour of free trade agreements, particularly the promise of economic growth and job creation, are no longer seen as credible selling points for TTIP. Today’s debate on TTIP is rather driven by ideological prejudices rather than solid economic facts. While anti-TTIP groups extensively exploit the power of modern online media, the proponents of TTIP don’t. The overall sentiment of online media reporting about TTIP is tremendously negative. Will TTIP, like the ACTA agreement, finally fail as a result of heavy campaigns on social and online media?

In developed democracies with strong civil society participation it is natural that civil society groups give their opinion on policies and legislative processes. Compared to previous trade and investment agreements negotiated and concluded by the EU, except ACTA, it is for many still a surprise that campaigning against TTIP has gained such a momentum over time. TTIP is heavily contested by a small group of well-organised civil society groups that initiated a number of forceful online media campaigns to badmouth TTIP. This has become a severe threat to advanced Trans-Atlantic economic integration, which is generally appreciated by European citizens.

Although TTIP is an agreement between well-developed democracies that share many common values, it is “fears” that are the only constant in the public debate.

The theory of free trade has always been grey. To many Europeans, the economic benefits of TTIP are difficult to grasp, let alone the strategic geopolitical implications. The potential flaws of the agreement are overstated, vividly articulated and systematically spread through the online media. As a result, these campaigns talk the public to believe TTIP is either bad or evil. They evoke a number of fears and negative emotions. In fact, in the sense of the Latin meaning of emotion, theses campaigns aim to disturb and agitate.

Investor protection, hormone-fed beef and chlorine-washed chicken have become popular symbols of widespread anxieties among European citizens fearing a loss of democratic participation, growing corporate influence, and losing control over EU politics in general. Taken together, these developments may have an impact on the zeitgeist of globalisation. The ideas of globalisation are less and less associated with personal liberties, economic freedom, accountable governments and peace. The online media campaigns against TTIP aim at anchoring anti-globalisation views not only in the broader public, but also among Europe’s political elites. A look at how TTIP is currently discussed in the online media shows some thought-provoking trends.

First, negative online media reporting about TTIP is more than 20 times higher than positive reporting. Since the beginning of the negotiations, overall online media coverage has more than tripled. The peaks of media coverage are generally driven by the event of negotiations. After the 4thnegotiation round, negative reporting of TTIP gained a good amount of additional momentum, which can be attributed to the 2014 European Parliament election campaigns.

Media reporting of anti-TTIP positions is on average six times higher than reporting of pro-TTIP arguments such as job creation and economic growth. Even worse for the proponents, the majority pro-TTIP arguments are severely attacked and belittled in the online media. Negative reporting about TTIP is largely reinforced by anti-TTIP group sponsored search results on search machines like Google. As a consequence, even those who search for a balanced perspective about the agreement hardly find it in the Internet.

Fourth, Investor State Dispute Settlement (ISDS) is the biggest challenge for public opinion. Having a share of 38 per cent in the European debate, ISDS takes by far the largest proportion in total online media coverage, followed by genetically modified organisms (GMO’s, 13 per cent), transparency (10 per cent) and culture (10 per cent).

ISDS related issues are at the top of media coverage in most EU countries, including Germany, France, Italy and the United Kingdom. Issues related to hormone fed beef and chlorine washed chicken have lost momentum over time. ISDS remains to be the elephant in the room. Similarly, media coverage of issues related to transparency and GMO’s continue to be paramount.

Fifth, TTIP fears are made in Germany. Online media coverage of sensitive issues related to TTIP is roughly four times higher in Germany compared to France and almost six times higher than in the UK. In Germany, highly professionalized campaign groups successfully manage to evoke high emotions about TTIP. Their campaigns managed to shape the public debate in Germany and now also impact on the policy preferences of Germany’s political elites. The anti-TTIP sentiment in Germany also reflects a general mistrust in the US. As a result of the NSA revelations, German citizens’ trust in the US dropped from a 78 per cent peak in 2009 to 35 per cent in 2014.

To sum up: Anti-TTIP groups have managed very well to spread overstated fears about TTIP. Speaking in absolutes characterizes the way they convey their messages. The fears they spread now have a huge impact on public opinion. EU politics have failed to proactively sell the benefits of the agreement in a credible way.

The EU Commission still offers a weak story that is one-dimensional and prone to criticism. Anti-TTIP groups still manage to control the public debate by proactively overplaying the potential negative impacts, changing subjects and using symbolic language. ISDS and transparency are the hot topics that need to be addressed. Now is the time to push for a change of the industry standards of trade negotiations. The central thought behind it: when people do not feel safe, even reasonable and well-intended arguments are suspect. In other words, people turn blind to the good things.