Will the ‘British Question’ go away if Labour wins? 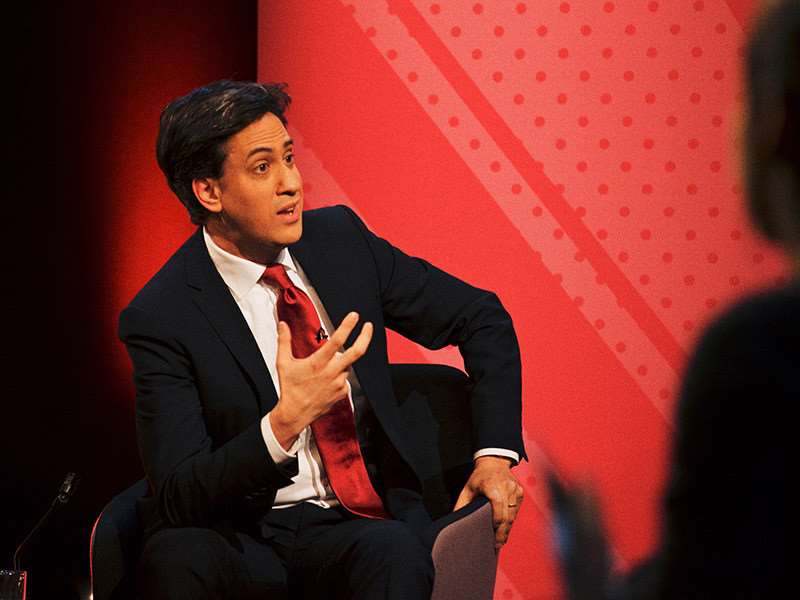 The possibility of Ed Miliband winning the forthcoming UK general election (something that is not guaranteed given how close and unpredictable the polls are) might lead some to believe that UK-EU relations would then move away from the often fraught relationship they have been under David Cameron, bringing to an end talk of a UK in-out referendum and a Brexit.

Relations with a Labour government would be easier, if only because things can only get better. But nobody should expect them to be easy or that an in-out referendum will be gone from the agenda.

Problems in UK-EU relations long pre-date the 2010 coalition government, going back to before UK membership in 1973. On May 7 the European question in UK politics and the British question in EU politics will be reframed, not settled.

It’s not even clear what type of government Ed Miliband would end up leading if he wins, let alone how strong or enduring it could be. It will almost certainly not have a majority, instead being a minority government dependent on parties such as the Scottish National Party.

While such arrangements are hardly novel elsewhere in Europe, Britain has only just experienced its first modern coalition government. This was itself dogged by questions of legitimacy. A minority Labour government with fewer seats than the Conservatives, but which commands the confidence of the House of Commons might be legitimate constitutionally, but some of the public and media might not see it that way.

To be fair, a minority government, like its coalition predecessor, could prove the doomsayers wrong by lasting the full 5 years and effectively delivering on its promises. Calling an early election is now more difficult, it no longer being the decision of the prime minister. But this could also force a weak Labour government to limp on, ineffective and not much use to anybody in Britain or the EU.

Instead of worrying about Britain as an awkward partner, the EU could face the problem of an absent partner. It has not passed unnoticed that Britain has not been leading or shaping European – or international – politics in the way it did in the past. A Labour government focused on domestic matters such as holding itself – or the UK – together may be in no position to be much different.

Labour lacks the rabid Euroscepticism that can be found in sections of the Conservative party. Nevertheless, unease and opposition does exist. Labour is the only party to have split over Europe and then actively campaigned for a UK withdrawal. That might have been in the early 1980s, but memories of it persist.

Miliband, however, will not have to pander to a Eurosceptic wing of his party in the way Cameron did. That means the EU will be spared the type of sniping and unpredictability that has characterised Cameron’s approach. Compared to the Conservatives, who Cameron removed from the EPP (in doing so cutting out links to leaders such as Merkel) as a gesture to his Eurosceptic wing, Miliband and Labour will remain firmly inside the Party of European Socialists.

Nevertheless, Labour’s unease at the EU could grow if a more left-wing Euroscepticism began to (re)emerge in UK politics, fuelled perhaps by the success of such scepticism elsewhere in Europe in the face of austerity and neoliberal economic agendas. Opposition within the party to the Transatlantic Trade and Investment Partnership is a sign of the type of opposition that could emerge.

The party may also come under pressure from UKIP. UKIP’s success has been built in part in areas of the UK that are home to traditional Labour voters who have been left feeling neglected by a London centred, metropolitan Labour elite.

Conservatives will continue to argue about Europe

The new leader will continue pushing the issue of Europe, perhaps in an even more Eurosceptic way than Cameron. A commitment to holding an in-out referendum will remain alive and well, with it likely to be in the party’s manifesto for a 2020 general election.

Should an in-out referendum be triggered before 2020 then the Conservatives could take a harder, more Eurosceptic line than if they were in government.

Other parties will argue about Europe

Conservative tensions over Europe often distract attention from the fact that all of the UK’s main parties have some tensions over Europe. Even the Liberal Democrats, a party with a commitment to the EU in its DNA, was the first to commit to an in-out referendum as a way of managing internal tensions over the Lisbon Treaty. After 5 punishing years in coalition the party is likely to be in a weakened position to push much of a pro-European agenda.

The SNP could take up the baton of being the leading pro-European party. The problem is that nobody is sure how the expected large influx of SNP MPs will behave. They could support a Labour minority government in building more positive UK-EU relations. Or they could use the issue as a means to create division between a somewhat less Eurosceptic Scotland and the rest of the UK.

UKIP will not go away

The UK’s dysfunctional electoral system means UKIP is likely to secure only a few seats despite gaining between 10-15% of the national vote. That might be welcome news to pro-Europeans, but it would merely add to growing resentment amongst UKIP voters that the UK’s political system ignores them.

UKIP is not just about Europe. Its success is down to issues such as immigration, frustrations with the UK’s economy, growing English nationalism, and the long-running decline of the UK’s two party-system. None of these are going to disappear. If the Tory party leadership race causes a split then expect UKIP to be in a prime position to take advantage.

While the British people have feelings about Europe that are not as deeply sceptical as might sometimes appear, they can be volatile and represent an outlook born from a history of insularity and global power. It would take what historians term a critical juncture in Britain’s development for this view to change quickly.

The EU could trigger a crisis with Britain

A Grexit or other problems in the Eurozone, a new treaty or a major political crisis could push either the UK government and/or the public into a more confrontational position with the EU.

Any new treaty would cause a Labour government no end of problems, triggering its (and the Liberal Democrats) commitment to holding an in-out vote in the event of a transfer of new powers.

The economic case for the EU could also come under pressure. Europe’s continuing problems will be contrasted with the growth of markets such as China or India. The EU has long been seen as a means to an end of enhancing British wealth and power. Britain has never been entirely comfortable with ‘ever closer union’.

Nobody in the EU expects as much of Ed Miliband as they did back in 1997 of Tony Blair, the then fresh-faced pro-European Labour leader who was going to put Britain at the heart of Europe. Instead, Blair left a country more Eurosceptic than when he arrived.

The most to hope for is stability at a time when both Britain and the EU are passing through turbulent periods of their history that could make or break them.

The worry should be that in British politics the search for stability means the European issue is left to fester. Neither Britain’s awkward relationship with the EU or the possibility of an in-out vote and a Brexit will be going away anytime soon.