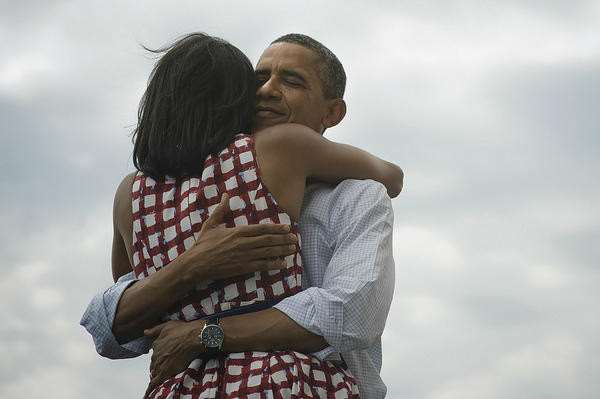 The most retweeted image of all time

From the Arab Spring to the recent protests in Turkey, there is no shortage of evidence to back up Clay Shirky's assertion that digital media are changing the course of history by enabling "everyone to be a publisher" and making collective action "ridiculously easy".

Policy-makers on both sides of the Atlantic are experimenting with digital media as a means of generating greater involvement in politics and government.  Digital engagement is potentially of particular interest for the European Union, at a time when opinion polls show a worrying decline in support for European integration.

Teaching and researching at the University of Washington during the last six months, I have had a unique opportunity to compare experiences in the EU and the U.S.  I found evidence of the disruptive effects of digital media, which are helping to redefine the relationship between individuals and institutions.  I also discovered many examples of fresh thinking, innovative practices and a new breed of public servants who are driven by the idea of making government more open and participative.

Digital media offer politicians and policy-makers a chance to reach out directly to new audiences, bypassing the traditional filter of the mass media.  The "four more years" photo of Barack Obama hugging Michelle is famously the most retweeted image of all time.  But, at a time when more information is being shared every 48 hours than in the whole of human civilisation pre-2003, people's attention has to be earned.  This requires a radical change of mindset and approach.

Rather than broadcasting, listening seems to be the most valuable communication skill in today's hybrid media environment.  Community management, data analysis and customer service all offer precious opportunities to improve our understanding of different audiences' concerns and to engage with them more effectively.

According to one U.S. government representative I spoke with, "the most important shift right now for government is from being bureaucratic and authoritative to being open and sharing and collaborative".  During my Fellowship, I was able to get an inside look at a wide range of open government initiatives in the USA, from digital diplomacy at the State Department to local examples of "participatory budgeting" designed to give people a say on public spending.

In her book “Wiki Government”, Beth Noveck (who led the Open Government Initiative during the first Obama administration) argues that the collaborative ethos behind Wikipedia and the open source software movement can be transferred to the world of government.  Digital media reduce the importance of geographical proximity, making it easier to connect and collaborate with people who share similar interests.  For the EU, this represents an opportunity to widen involvement in policy-making beyond Brussels-based stakeholders.

Online consultations have become commonplace in the EU at the pre-legislative stage, but projects like Crossover (Bridging Communities for Policy-Making 2.0) are showing how digital media can enable crowdsourcing at all stages of the policy cycle (from agenda-setting to evaluation).  Experiments are already underway to apply these principles in the development of the EU’s Digital Agenda (see David Osimo’s article for E-Sharp) as well as in other areas of EU policy, from development aid to regional funding.

Digital media are also enabling the emergence of an online public sphere (or spheres) where European issues are discussed across borders. This is an important development for deliberative democracy in Europe, given the fragmentation of traditional media along national, regional and linguistic lines.  One of the most interesting examples I analysed with my students was the record-breaking one million tweets mentioning Cyprus during the bailout discussions in the second half of March 2013.  This case provided further evidence of the way new voices (independent bloggers, local activists, concerned citizens …) are joining the online debate about the EU in ever greater numbers.

Social network analysis can help to break down these online discussions into sub-groups, identify key influencers and analyse the terms in which issues are being debated.  I was surprised to see the relative scarcity of research in this field, which can complement opinion polling and traditional media monitoring by providing new insights into public sentiment across the EU.  Academics doing pioneering work in this area include Sabine Lang and Lance Bennett at the University of Washington, as well as Asimina Michailidou at the ARENA Centre for European Studies in Oslo.

The 2008 and 2012 Obama campaigns won plaudits for their groundbreaking use of digital media to raise funds and mobilise support.  During the coming year, it will be fascinating to observe how actors from different sides of the EU debate use digital tools in the run-up to the 2014 European Parliament elections, whether digital media allow issues to be debated in European rather than national terms, and the impact this has on public participation in direct democracy at the EU level.