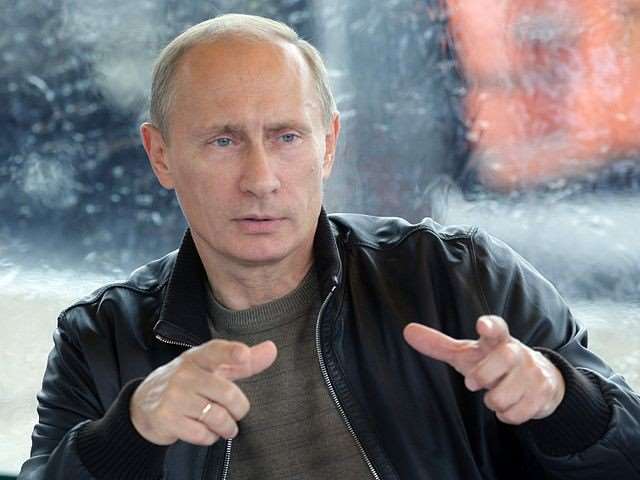 The Ukraine crisis has made clear that the political mainstream is waking up to the central role energy plays in 21st century geopolitics. The response of Europe’s leaders demonstrates how an ‘energy union’ will underpin the values which the UK’s strategic interests are contingent upon.

Over the past few weeks, energy has dominated European-level discussions. This isn’t, for once, in the context of energy bills – or even, as environmentalists would have hoped, because of recent a EU summit discussing Europe’s climate and energy targets up to 2030. It is in fact the diplomatic crisis with Russia as results of events in Ukraine that has pushed the issue of where Europe gets it energy up the political agenda and into the headlines.

In order to effectively tackle unforeseen crises such as the situation in Ukraine, European leaders have recognised the need to work together to increase Europe’s energy independence. They have highlighted the need for more energy efficiency, interconnected energy grids and renewable energy; initiatives requiring amounts of investment and research that mean forging shared commitments between nations to the same way forward is essential. This co-operation on energy decisions in light in crises should not be easily forgotten when tackling long-term threats such as climate change, which will play an ever increasing role in Europe’s foreign policy and place in the world.

Climate change will not respect borders. However, European and multilateral co-operation has been tested to its limits by the challenge of climate change – and our Leaders have not managed to drive forward a response adequate to the threat we face. At the centre of the failure of the much-hyped Copenhagen climate conference in 2009 to reach a legally-binding global climate deal and the threat of vetoes hanging over European Council meetings on the EU’s climate and energy targets has been Heads of State and Government prioritising national interests, ignoring how collaborative climate and energy response can underpin how countries see themselves and their role in the world.

As advocated recently by a Labour politician, climate change should be a core foreign policy issue for the UK. Aside from the impacts of climate change being felt in all regions across the world, responses to climate change embed the UK in international arena of competitiveness, trade and diplomacy. The UK is a global leader in low-carbon industry, and has in the past year steered forward a Green Growth Group of ministers across Europe who are committed to build on the forward-thinking Europe-wide energy targets that delivered the investor certainty which motivated the growth of renewables and low carbon industries throughout the economic crisis.  The green economy is a crucial tenet of UK trade relationships, in particular with China. The UK’s role in the world has also been given renewed purpose faced with climate change. From playing a leading role in the EU’s landmark climate and energy package in 2009, the UK was part of building the international reputation necessary for Europe to build an alliance with vulnerable nations and drive forward international agreement on the need for a legally-binding global climate deal to be signed in Paris next year.

Faced with the immediate concerns of the Ukraine crisis, Cameron alongside other leaders have called for the EU to produce a comprehensive plan to reduce European energy dependence by June. While certain Member States have greater dependency on Russian gas imports, the promotion of energy security to top of the agenda in Heads-level EU summits, and on Obama’s recent visit to Europe, demonstrates the collective impact of energy decisions to national interests across the region.

Furthermore, we can understand how limiting EU’s dependence on Russian gas is not just a question of economic independence and energy security, but of moral integrity. The European Union was founded on the values of democracy, sovereignty and human rights. With Herman van Rompuy remarking that sixty-four years on from coal and steel driving European co-operation, “it is clear that we need to be moving towards an energy union”, decisions about energy become demonstrative of our continued commitment to these values.

Through the high-level intervention of EU leaders working together to promote European energy security, David Cameron has signalled a growing understanding that energy decisions should uphold and reinforce the core motivations for European co-operation. Our dependence on Russian gas should not compromise our key values of rule of law and sovereignty. This response to the Ukraine crisis has shown where European cooperation can have most impact, and has consequently gained consensus from EU leaders better known brandishing red lines over national energy competences against what stands accused of bureaucratic encroachment from Brussels. Instead, this has reinvigorated the how membership of the European community offers best security to the strategic interests of all European member states: providing overarching policy direction which plays directly into the politics of promoting rules-based global systems, and underpinning their relevance to the world today.