Why pro-Europeans should exclude nothing

Nearly six months after the 23 June 2016 referendum we are no nearer any clarity as to the government’s plan for Brexit and our future relations with the EU, let alone any roadmap for the negotiations - either those under Article 50 or for a future trading relationship. In the single market? Access to the single market? In the customs union? A bespoke free trade agreement? The Norwegian model? The Swiss? European Economic Area? Canada? Albania?

This is not a matter of filling in the gaps of a plan. There is no plan. In part because of deep divisions in the most senior levels of government. In part because ministers fail to understand the EU. And in part because the procedures themselves are now an unpredictable variable. This is not good negotiating practice or avoiding a running narrative. This is the work of a government which has lost the plot.

Mrs May seemed at one stage to imagine that Britain’s exit from the EU could be managed and concluded without any reference to Parliament whatsoever, that the ‘golden era’ was upon us and that MPs should hold their tongues. She has now had to concede scrutiny throughout the negotiations and a decision at Westminster at the end. The question that is now before the Supreme Court is whether she needs parliamentary approval before triggering Article 50. There is then the subsidiary question as to what would need to be included in the parliamentary bill to be submitted – a one-line authorisation, the objectives of negotiation, or far greater detail, some of which were to be covered in the mis-named ‘Great’ Repeal Bill, only to be introduced in the next parliamentary session.

Given that the judges will only hand down their decision in January, the Prime Minister’s commitment to start play before the end of March is now looking on the optimistic side.

If ministers seem hesitant, the anti-European media are now baying for blood; lynch mobs lie in wait for the judges and woe any MP seeming to defy the will of the British people, and thwart their sacred decision of 23 June. This threat and bluster will, one expects, be rightly ignored by their lordships.

But some Labour MPs from constituencies, particularly in their northern fiefdoms, where voters supported Brexit in the referendum, are showing signs of nervousness. Their self-confidence has not been bolstered by the Labour leadership; Mr Corbyn’s own position seems to vary with the phases of the moon; attaching conditions to the triggering of Article 50 one day, conceding that Labour will back the government in any case the next; supporting free movement Monday morning, jettisoning all means of preserving it by the afternoon. His shadow chancellor talks of the ‘great opportunities’ offered by Brexit, language borrowed straight from the Dr Fox playbook. The shadow Brexit minister, Sir Keir Starmer, tries to square the circle.

If it becomes increasingly clear that ‘hard’ Brexit is the most likely outcome, business hesitations about future investment decisions could turn into panic. The pound has fallen significantly since June despite day to day fluctuations, but we are nowhere near a floor. The ratings agencies are uncertain, their assessments crucial for a nation steeped in public and private debt. We now know our partners will seek hefty financial compensation from the UK as the cost of leaving, so that’s a goodbye then to extra money for the NHS the Brexiteer’s delusional pledge.

Public opinion is volatile: some polls have already suggested that ‘Bregret’ is already ascendant. If inflation lifts off as growth and incomes stagnate, opinion in those northern seats Labour politicians worry about could start to shift.

This government is fragile. We have an accidental prime minister who has never had a strong body of support among her own MPs. Her government is fissiparous. Her majority is small. The management of the NHS, her divisive schools policy and the need for fiscal restraint are likely to dent quickly the ‘bounce’ in popular support any new PM enjoys.

Some Opposition MPs (Liberal Democrats, Greens, SNP, some Labour and a few Tories) may seek to derail Brexit come what may. It’s a matter of conscience and profound beliefs about Britain’s place in the world.

Then there’s the majority of Labour MPs. They were Remainers, certainly - but for many of them the EU was never the issue. They want to derail this government, of course. And if possible they want at least to salvage the strongest possible relationship with the EU, now threatened by the Trumpist faction in the governing party.

This silent majority of Labour MPs should at least keep the ball in play. They should not hesitate to use the powers the judges seem intent on handing them. For this chapter of our complicated, stormy relations with Europe, is only just beginning. 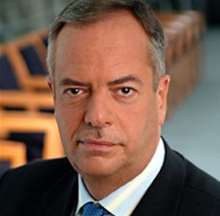