Why it is time to answer TTIP’s call For action 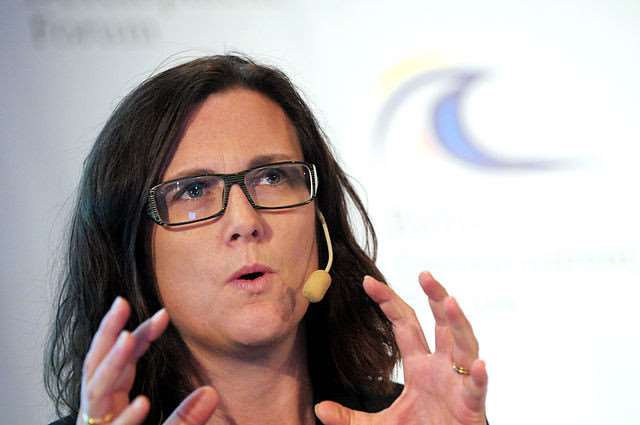 Since negotiations for the Transatlantic Trade and Investment Partnership (TTIP) began in July 2013, the proposed free trade agreement has been fueling public debate all around Europe. The European public has been swamped with a thousand different myths on how TTIP will ruin the European way of life, curtail EU governments’ right to regulate, take America’s frivolous lawsuits across the Atlantic and put Genetically Modified Organisms (GMOs) on every European’s plate. There are many more going around, but suffice it to say that the scare mongers want us to believe that TTIP will generate a race to the bottom like the world has never seen before.

However misinformed some of these ideas are, they somehow appeal to the public at large – and public support is vital to the success of any major trade agreement. A true and honest debate about the pros and cons of what TTIP potentially means for the EU seems to have been taken hostage by several radically opposed NGO’s and representatives of civil society.

Political, business and civil society leaders all across Europe are finally waking up to this reality and are ramping up their efforts to provide the public with something else than plain fear-mongering. Time has come to switch from the defense to offense mode.

The European Commission has set out to do some serious myth-busting in recent months. Their latest effort: never seen before transparency measures, opening up complete issues of negotiating texts to the public and providing understandable fact sheets outlining the EU’s position on every single topic under discussion.

The seemingly daunting task of “selling” TTIP to the European public rests on the shoulders of the EU’s Trade Commissioner Cecilia Malmström. She recently spoke at a free trade conference in Berlin, hosted by the German Social Democratic Party (SPD), where she explained the wide range of economic benefits that TTIP would bring to Germany. More importantly – considering the TTIP-sceptic mood in the country – she also touched on what TTIP is not about, addressing many of the public’s concerns over the EU’s and national governments’ ability to regulate in favor of public health and safety, amongst others.

She reiterated that “negotiating TTIP responsibly” means that EU or national authorities will not be forced to open up public services (such as the UK’s National Health Service). They don’t have to privatize any service if they don’t want to, they can keep monopolies in public services and utilities, and they can change their policies and bring outsourced services back into the public sector, as long as they respect property rights. And these are just a fraction of the myths that need debunking. The question is how often Malmström will have to repeat these messages until they finally stick.

It is vital for European national and local governments to share in the responsibility of jumping to the offense. Making sure that the European public maintains a well informed and balanced discussion on TTIP cannot depend on the European Commission’s efforts alone.

Local governments and business leaders have to reach out to constituents, small business owners and medium sized enterprises to let them know that TTIP is really about them – contrary to the populist image of TTIP as the result of a love affair between Brussels and the world’s largest multinational corporations. They have to talk about the opportunities that TTIP will create for them. How it will make exporting across the Atlantic a lot easier for the not-so-big businesses across Europe and how that in turn will increase competitiveness, provide consumers with a larger variety of safe and high quality products, etc. etc. The list of arguments is long, but they need to be told and told again from the ground up.

The same goes for the overriding geostrategic rationale behind TTIP. When Malmström spoke to the SPD’s conference in Berlin, she said that the US and the EU share many more similarities than they have differences. Whether it is their shared commitment to the advancement of human rights, democracy and open markets, or safeguarding high standards of regulatory protection, negotiating TTIP “cements our transatlantic alliance on all of these values, so that we can jointly advance them in the 21stcentury.” Joint efforts on these issues are especially important in a world that faces critical economic power shifts over the coming decades.

The transatlantic values that lie at the core of TTIP are often taken out of the equation by TTIP opponents when trying to bog down the agreement. The very notion of TTIP unleashing a race to the bottom is ironic. If the world’s two highest standard economies come together to create a “golden standard” for this century’s international trading system, we should be filled with joy. It is only when they fail to do so, that we should really start getting worried.