Why Europe must stick to its guns on aviation ETS 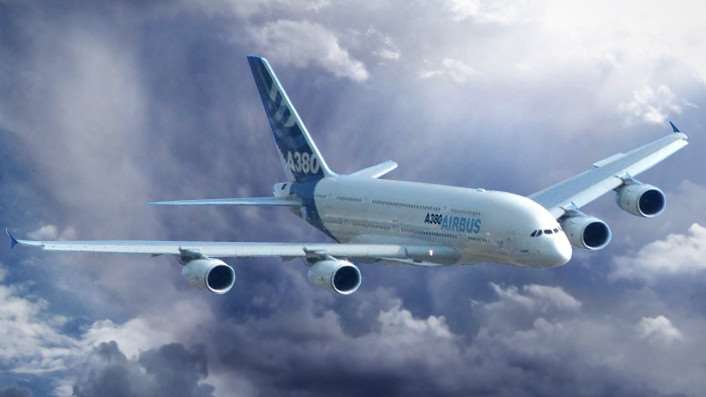 On 1 January this year the aviation sector was brought into the EU’s Emissions Trading System, the ETS. The decision by Europeans to do this has caused a level of consternation around the world but despite the widespread opposition the Commission is right to stick to its guns at least until it is presented with a credible, global alternative. The clamour and attention at an international level offer the best opportunity in years to find a global solution for the sector to address the damaging impact of its rising greenhouse gas emissions.

Emissions trading, which has applied to the European power sector and high emitting industrial sectors since 2005, imposes a cap to meet environmental targets. “Allowances” equivalent to the cap are given to airlines, largely for free, but at the end of each period they are asked to submit sufficient allowances to cover all their emissions. Airlines that are growing - and most are with global growth rates averaging 4% each year - will have to obtain more allowances from the market, which imposes a carbon cost. But allowances do not have to be given for free, they can be auctioned producing revenues, and this can be spent by governments on further climate action.

The aviation industry is one of the few areas of business and industry that has so far escaped paying for the impact it has on our climate. Its current global climate impact is calculated to be 4.9% when the effects of pollutants like nitrogen and sulphur oxides as well as contrails are added to CO2emissions. Not only is this high it is also growing. While the industry has agreed efficiency targets, these are more than offset by the overall projected increase of flying in the coming years.

Dealing with aviation is complex. Unlike cement making or power generation it is not an industry defined to a specific geography. This creates particular challenges when calculating the responsibility for, and impact, of say a flight from New Delhi to Berlin. Emissions are partly emitted in Indian and German airspace, but also in the airspace of other countries the flight passes over and in international air space. Disagreement on how to allocate responsibility led to international aviation’s exclusion from the commitments made by States under the Kyoto Protocol.

Because the EU ETS places an emissions cap on all flights departing for and leaving from Europe certain countries outside of the EU have raised concerns about sovereignty in respect of the new rules. They argue that it is fine for the EU to introduce the scheme within its own legal and geographical jurisdiction, but that it has no right to impose its rules outside of Europe or on their airlines. Certain developing world countries also argue the system blithely ignores the principles negotiated by the UNFCCC that acknowledge developing world countries should not be subjected to the same level of responsibility for addressing the climate change problem as rich countries. After all, it was the rich world that caused the problem in the first place. In contrast, principles underpinning the development of aviation state that all carriers operating on a route should be treated equally to maintain fair competition.

More to the point, the European Union has always said that it would be willing to amend its scheme if a better one is introduced on a global level. Frustration with the slow pace of progress at an international level eventually saw it lose patience and introduce its own system.

While the unilateral move by the Europeans has created anger, it has also created crucially important pressure. The International Civil Aviation Organisation (ICAO) has now announced that it will fast track options for a global scheme and the glacial rate of progress has suddenly speeded up. Russia recently announced that ICAO should not be bullied into adopting a global solution because of the EU ETS, providing a clear sign that it is perceived to be forcing the debate and progress.

If the Europeans backed down now ICAO would revert back to the position it has held for he last 15 years – talking, but doing nothing.

Threats of global trade wars are dramatic and make good newspaper copy. They lead to heightened emotions and dramatic statements, which are used by those who oppose the ETS to warn the EU to think again. However no leader of any country is interested in becoming embroiled in a trade war. With a global economy looking so fragile, the last thing anyone wants is further destabilisation. It is precisely because of this that ICAO has its best chance in years of solving the problem.

Additionally these threats appear little more than posturing. Just a few months ago, a group of 26 countries met to sign a declaration opposing the ETS and setting out a range of potential retaliatory actions including non-compliance. Yet, when all airlines were required to submit information about their operations to the EU last month, all but 10 airlines from India and China complied.

Rather than being an ends in itself, the ETS is a means to a much bigger prize. It should be defended to the hilt as an effective way of twisting the arm of international players to achieve a global solution.

By seeking a global solution not only will it be possible to manage the emissions of the aviation industry more responsibly ensuring that aviation for the first time makes a contribution to countering the emissions it produces, but it may also provide a useful revenue stream to be used to help the world adapt to climate change.