Why efficiency is key to boosting EU competitiveness and energy independence 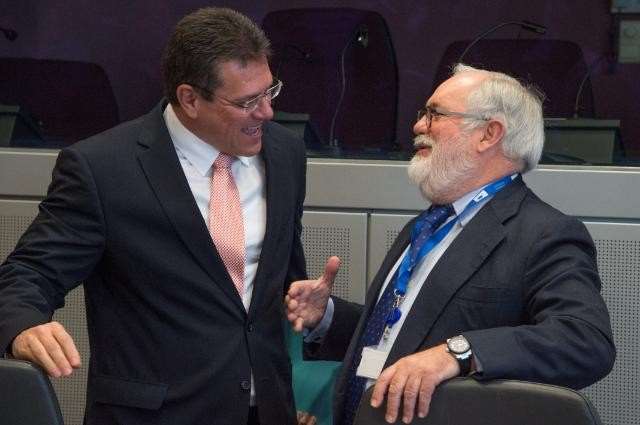 Last year, Europe experienced first hand how its dependency on foreign energy can put its economy at risk. When Russia threatened to stop its gas supplies to Europe in response to EU sanctions following Russia’s annexation of Crimea, it became clear that Europe will need to change its energy system if it is to preserve its economic value and competitiveness independent of geopolitical circumstances.

Responding to these developments, as well as the imperative to transition to a low carbon economy, the European Commission plans to create an Energy Union. In two weeks’ time, the Commission will present its recommendations on how Europe could create the system of energy decision-making, cooperation and infrastructure necessary to meet its increasing energy demand.

If we are to sustain our livelihoods and our economy in the coming decades and beyond, two-thirds of the current fossil fuel reserves will need to remain under ground. Hence, if Europe wants to make the words Energy Union matter, our strategy must be a union of systems, not fuels.

It is indeed important to ensure that the energy requirements which fuel our economic activity and Europe’s high-quality lifestyle can be met. What‘s often overlooked is that a very significant part of this demand can be satisfied by improving energy efficiency across different industry sectors and in our homes.

The demand projections used for planning infrastructure are flawed in that they do not even take account of the EU’s own objectives for reducing energy demand. For example, the supply infrastructure projects to be built under a particular European funding stream called the Connecting Europe Facility are being assessed on gas demand projections that are 72% higher than they would be if a target to reduce energy consumption by 30% by 2030 were met.

The result from investing in energy efficiency is a reduction of energy demand, which in turn means that the EU needs to generate less energy, or to purchase less  energy from third parties. Energy efficiency means less spending, more independence.

What’s more, energy efficiency measures have proven to leverage significant investment, generate jobs that are sustainable in the long term, and to profile Europe as a progressive and innovative actor in the international sphere.

I was hence pleased to see that the Commission’s initial suggestions for a concept for Europe’s Energy Union feature the reduction of energy demand as one of its key priorities. What we now need to see are the right kind of levers and incentives to actually drive investment in energy efficiency. If the EU really is serious about saving money, reducing its energy dependency and cutting emissions, “Energy Efficiency First” should be an overriding principle for the Energy Union.

The Commission’s proposals for specific energy efficiency measures are very welcome. But demand side options need to be systematically considered across the full energy system and the policies that govern it.

Getting the demand projections which govern energy policy decision-making consistent – with each other, and with the EU’s energy savings targets – is a fundamental first step.  This would provide a fair basis for applying ‘savings tests’ before approving projects aimed at covering the rising energy demand in Europe. Before such projects are authorised, an assessment should be made as to whether the project is really needed or whether demand side measures could achieve the same ends more cost-effectively.  Building on the principle that the cheapest form of energy is energy not used, the Commission should ensure that in order to  receive EU funding to build new supply infrastructure,  a country must be able to demonstrate that it is following its commitments under existing energy efficiency legislation, such as the Energy Efficiency Directive (EED) or the European Performance of Buildings Directive (EPBD).

If Europe is to hold up next to the US, China and other important players, it should stop neglecting one of the key areas where it does have a competitive advantage. EU leaders need to send a clear signal to business, banks and consumers that their investments in efficiency are a safe and sustainable choice. This doesn’t need to happen through a new maze of regulations – what we need is clear and simple legislation. Failure to give energy efficiency its appropriate space in this legislation will condemn Europe to the outskirts of the global economy, both from a business and competitiveness position, and could marginalize its position in the international climate negotiations in Paris.