Why consumers should be at the heart of TTIP 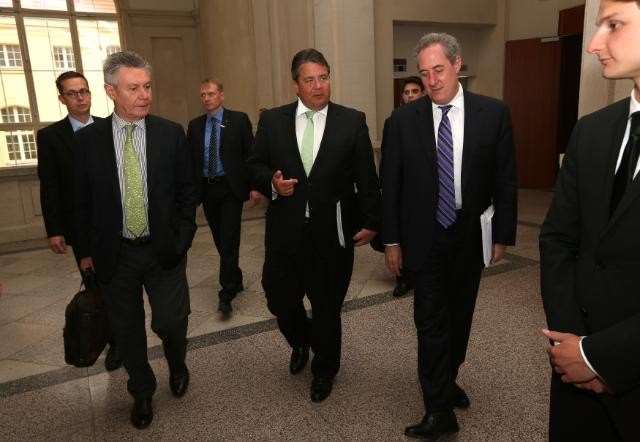 It is clear that every aspect of the Transatlantic Trade and Investment Partnership (TTIP) has been designed to facilitate commercial activities between the world’s two largest economies, the EU and the US.

The focus of this agreement is to reduce costs for companies, with too little thought given to how these reductions will be translated to tangible benefits (for example lower prices and a wider variety of products to choose from) for the more than 800 million consumers involved.

If these fundamentals are not addressed, this trade deal may well end up being merely about increasing business profit and not consumer prosperity.

Yet making TTIP about the benefits for consumers would also be to the advantage of companies as it would boost buyers’ trust, which would lead to better functioning markets and growth.

Unfortunately, the ‘human’ aspect of the TTIP negotiations is characterised by overly positive projections on job creation. Even if taken at face value, the figures pale in comparison to the number of ways in which consumers would be affected.

It is time to put things in perspective and place consumers’ interests at the heart of this trade deal. Treating consumers’ wellbeing as part of the TTIP negotiations equation is not ‘mission impossible’.

With the transatlantic trade deal touching upon almost every economic sector, consumers must be in the picture. Here are some of the many practical ways in which TTIP could cater for consumer interests:

Why not use TTIP to establish a transatlantic food alert system which could quickly identify sources of food contamination, thereby preventing the spread of diseases. Timely sharing of outbreaks, including those linked to food (e.g. sprouted seed problems occurred in the US before the big outbreak in Europe) would be beneficial to both the EU and US.

With livestock and food often transported globally, animal identification systems on both sides of the Atlantic could limit food scandals and provide valuable information on the supply chain. It is very important to aim to exchange best practices not just in food, but in all sectors involved in TTIP and focus on upwards harmonisation of regulations.

Deleting American caps on travelers’ allowances and import duties is another example of how TTIP could be beneficial. At the same time, this would also benefit small or medium sized enterprises as it could contribute to a boost in sales across the pond. A recent article by our British member, Which? clearly shows how import duties are a disincentive for Europeans to shop online.

Finally, lowering, if not eliminating fees for transatlantic telecommunications, while roaming or not, is a logical step to the negotiators’ ambition to create a transatlantic single market. This would be a boon for both consumers and companies who wish to enter into contact with clients or suppliers on either side of the Atlantic.

So far, none of the above seems to be on the agenda of EU negotiators. “But of course”, I hear them say, “this is a trade deal”. But is it really, when it deals with intellectual property rights, data protection, food safety, regulation of cosmetics & chemicals and financial services rules? I am concerned that consumer-centric questions simply fall off the negotiating table because they are not the primary concerns of businesses.

BEUC believes that the success of this trade deal will be measured not by the margin of commercial profit, but by the value it can bring to American and European consumers.

Time and again it has been said that TTIP will set the paradigm for 21st century trade deals. Let us make consumer wellbeing a set objective and not an accidental consequence of international trade.