Why business must speak up for Britain and the EU 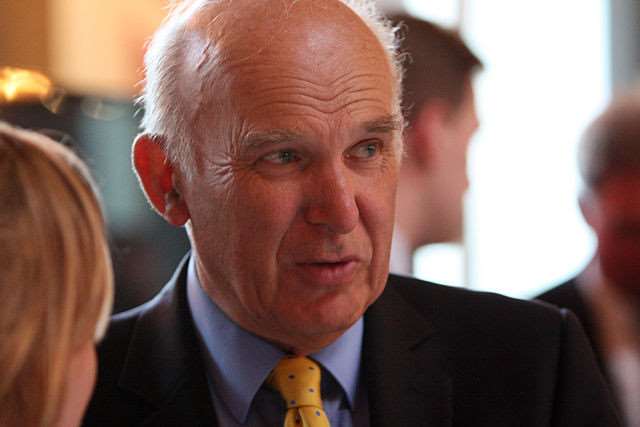 Siemens is clear that it is in the UK’s best interests to remain a member of a reformed European Union and that it is certainly best for us to do business here.

But we, like others, have been criticized for speaking up on this issue.

In the autumn, for example, the former Conservative Minister, John Redwood MP, infamously warned pro-EU businesses not to meddle in any UK referendum or face consequences. Similarly the UK’s biggest business organisation – the CBI - has recently been accused of only supporting EU membership, because in addition to representing business, it is also undertakes paid-for research for the EU.

The message from some opponents of the EU is clear: so-called ‘big business’, can’t be trusted; it has a vested interest, they claim, and should keep out of the debate.

At Siemens we are also sometimes told that we should keep quiet because we are German-owned. But while we are headquartered in Germany, our business in the UK has a very British heart: we have been doing business here for over 170 years; we have 13 manufacturing sites, across the UK; and we employ almost 14,000 people here. All of this helps to create revenues of £3.6bn and supports a supply chain of 25,000 UK jobs.

Put another way so called ‘big businesses’ have a big supply chain and a large, positive impact on both the national economy and the communities in which we are based. So when, as in this case, we have concerns about something as fundamental as the UK’s relationship with the EU, and the impact it may have on our business, we owe it to our suppliers, customers and employees to contribute to the debate.

As I have said, the UK is a major market for us, in fact the fourth largest behind the USA, Germany and China.  If the UK left the EU tomorrow, we would not stop doing business here the following day.  But as a global company, we have options about where we invest.  Such decisions are made on a variety of calculations, weighing up the competitive pros and cons of different countries and markets.  The UK’s membership of the EU and consequent access to the Single Market is a key plank of its competitive advantage; take that away, and it is only natural that it is going to be factored into investment decisions in the future.

Earlier this year Siemens announced a £multimillion investment to build a new wind turbine manufacturing facility in the UK, at Hull.﻿

Moreover, if the UK votes to leave the EU, there is no clear consensus about what happens next.

Some say we should become like the Norwegians – part of the Single Market, but outside most of the political structures of the EU.  But this simply means that we would have to comply with all EU regulation regarding traded goods and services without having any real say over how they are made. Over time, it is inevitable that such regulation would become less favourable for UK exporters. And of course we would continue to pay into the EU budget for that privilege, just like the Norwegians do.

Others argue we should be like the Swiss – with a simple free trade deal with the EU and bi-lateral agreements in other areas.  But Switzerland has developed its unique position over 40 years.  This approach works for them but it is not an off the peg solution for the UK.  And again, if we want to trade with the EU we will still have to comply with the rules and regulations of the Single Market.   It is a fantasy to suggest otherwise.

The same is true for immigration. At the end of November, the British Prime Minister set out how the UK hopes to change EU immigration rules.   I was relieved that he was explicit about the strong contribution that EU migrants make to the UK economy and ruled out fundamental changes to the freedom of movement of labour -  something we and others rely on to access skills which are not always available in the UK.

It is also wrong to suggest that if we followed the Swiss or Norwegian model it would lead to a reduction in EU migration. As is well known, both countries enjoy freedom of movement of labour with the EU as part of their free trade agreements, and both actually have higher levels of EU migrants (as a percentage of their total population) than we have in the UK. Switzerland has made attempts to restrict this, but the EU has made it clear that these will simply not be possible at the same time as enjoying free trade. And whatever Anti-Europeans say, it will not be possible for the UK either.

So the Anti-European alternative is no alternative at all.  It simply leaves a host of unanswered questions, creating a vacuum of uncertainty for business, which we know leads to lower levels of investment and job creation

There is also something far more fundamental at stake in this debate. I have spent the majority of my adult life in the UK.  It is my home.  We are an open and diverse nation, which is at its strongest when we take an active interest in the governance of the Continent we share with so many others.

This means working to create a fairer and more equal EU, which will help to drive up standards of living in new Member States in Eastern Europe.  And it means helping to drive reform in the EU.

Like all institutions, the EU has problems.  But the UK can and should be taking a leadership role to address these from within, not taking an  arrogant and critical view from the sidelines.

We regularly hear, for example, how the eurozone is an economic basketcase in comparison to the UK.  It is good news that our economy is growing – although it is also true that several EU economies have recovered much better than the UK since the recession.  Germany for example, surpassed its pre-crisis peak in GDP in Q1 2011, and in the first quarter of 2014, its GDP was already 3.8 per cent above that pre-crisis peak. In the UK we surpassed our pre-crisis peak much later in the third quarter of 2013 and our economy is now only 2.7% higher than the pre crises peak. Furthermore the UK’s exports have only grown by 17% in the UK since Q2 2009, and in contrast, Germany's exports grew by 34% over the same period.

So instead of complaining about the poor economic performance in the eurozone, the UK should be working with like-minded Member States to drive forward a European economic reform and growth agenda.  This means reducing regulation, tearing down trade barriers and working to complete free trade agreements like TTIP - that way we all prosper together

We can only do this, however, if we are an active member of the European project.  It will be a blow to this reform agenda, and other reform-minded Member States, if the UK leaves the EU.  This in turn will be bad for the interests of all business, wherever they may be in Europe.

For all of these are reasons and more, Siemens will continue to be a clear and vocal player in this debate, arguing for positive and active UK membership of the EU.  We shall do so in a transparent, respectful and measured way.  And if it comes to a referendum, the choice will of course be a matter for the people of the UK and our employees. But we will not be silent and we will defend our right to express an opinion, as a long-term and major investor in the success of the UK.