Why Britain should team up with Germany and Poland 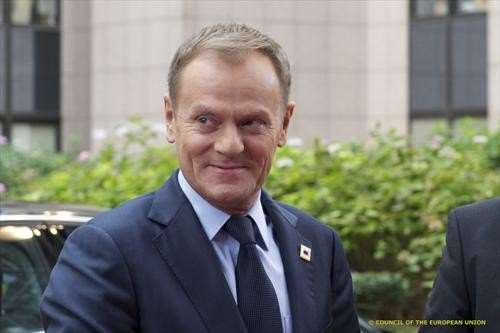 With the European Parliament now in the hands of a grand coalition and of radical spoilers, where will political change come from? It seems unlikely to come from the lead candidate for the post of Commission President, Jean-Claude Juncker. But one idea is gaining traction: that the UK, Germany and Poland should deepen their relations. Could this trio, experts and officials are asking, form a “new Weimar triangle” to rival or replace the more established German-French-Polish grouping?

The comparison is provocative: at first sight, De-Po-UK could hardly hope to match De-Fr-Po. The Weimar triangle contains the EU’s Franco-German core; this new axis, two non-eurozone outliers. Yet, Weimar’s strength is also its weakness: it is criticised as nothing more than a Franco-German tandem with a Polish third wheel. Warsaw, say its detractors, is called upon by Berlin only to legitimise Franco-German decisions or to prod France into line.

If De-Fr-Po can thus be seen as a rather empty relationship, De-Po-UK is a fizzing and vibrant non-relationship. Over the course of the past 12 months incident after incident has highlighted the need to improve communication between the three capitals, be it Polish fears about Angela Merkel’s February speech to Westminster, George Osborne’s sudden echoing of Polish concerns about a eurozone caucus, or the ongoing disputes over free movement and migration.

Indeed, most observers would now agree that the UK has focused too heavily on Germany when it comes to its core goal of EU reform, thereby sidelining potential allies in Poland; Poland has focused almost exclusively on Germany on eurozone policy, ignoring fellow euro-out Britain; and both Poland and Britain have focused on winning Germany as an ally against each other on issues like free movement, when actually their own interests largely overlap.

It raises the deeper question whether Poland’s and Britain’s current outlier status in the EU is in fact the result of their failure to cooperate. Put another way: precisely because Poland and the UK have preferred to squabble rather than work together, they have ended up consigning themselves to a rather outlier status in the bloc. And, precisely because Germany prefers the pair to be at loggerheads rather than in agreement, Berlin remains unchallenged at the centre.

So how might the European Union look if De-Po-UK exercised their joint potential to influence it? Less exclusionary is the immediate answer. This is because it would challenge the Franco-German core, once deemed “the motor of EU integration”, now the catalyst for Eurozone integration and for a two-tier Europe. Poland and the Weimar format are not powerful enough to offset the chauvinistic effects of this Franco-German caucus; De-Po-UK might provide a better antidote.

De-Po-UK would also challenge EU policies that result from French-German and Weimar deal-making. The bloc’s controversial “East-West balance” on resource disparities (energy policy, budget, free movement) reflects quid-pro-quos between De-Fr-Po, as does the “North-South balance” (on competitiveness, growth, austerity). The “East-South balance” that locks the EU into a one-size-fits all approach to North Africa and Eastern Europe, likewise.

Indeed, De-Po-UK might even shift the EU’s whole foreign policy outlook. Back in 2003 the Iraq War split the EU into two camps – a transatlantic bloc centred around Britain and Poland, and a more Russo-centric bloc around France and Germany. It was only the lure of Weimar cooperation that weaned Poland off transatlanticism and reconciled it to Moscow. With that model now discredited by events in Ukraine, De-Po-UK might provide the basis for a third way.

But before getting carried away with the potential of this new format, what about its obvious birth defects? Britain’s commitment-phobia for instance: would stronger De-Po-UK cooperation tie Britain to the EU or would London run from the high security costs associated with France’s downgrade? And Poland’s fear of being sidelined: would Warsaw be prepared to shift its loyalties from France to the UK in pursuit of a format that might well prove more meaningful but less reliable?

And Germany, what about Germany’s fear of itself? Common wisdom says that Berlin would never jeopardise its relationship to Paris because France provides an essential counterbalance to German power. Well perhaps. And yet, the last German government seemed rather at ease with President Hollande’s weakness. Moreover, it did nothing to encourage a British-Polish relationship that might genuinely give Berlin cause to compromise.

Closer alliance with Warsaw and London may now seem more attractive to the Chancellor. The return of the SPD to Berlin’s coalition government, and the emergence of a more robust left-wing Franco-German relationship, might just provoke the German Chancellor to bring together her Conservative friends in Warsaw and London. And it is for this reason that observers talk about De-Po-UK and De-Fr as the source of real left-right competition in the EU.

This oped is based on an article recently featured on "EuropeWatch"