Where are the women in the corridors of power? 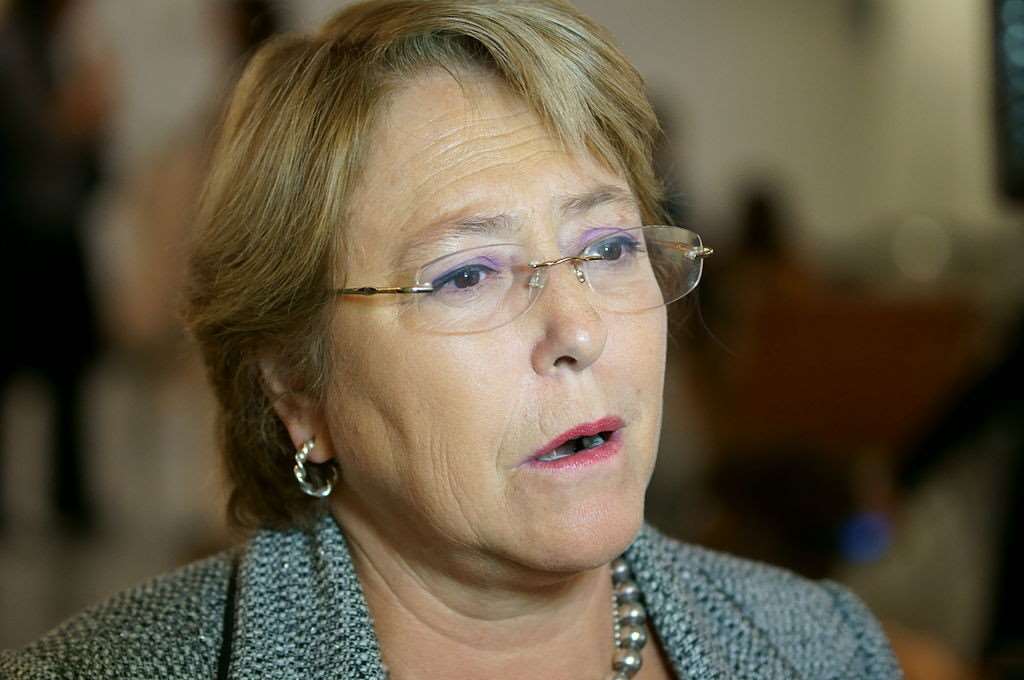 49 years ago Mary Poppins won five Oscars. Singapore, the Maldives and Gambia became independent countries, West Germany and Israel established diplomatic relations. The Vietnam War raged, and Malcolm X was assassinated. Today’s young people learn about this in history books. To make inequality in political representation a chapter in history books, it will take yet another 49 years - that is, if the trajectory, measured by the World Economic Forum since 2006, remains unchanged.

Political representation covers how well women are represented in all decision-making structures. When it comes to women in positions of political leadership in particular, it would take even longer still for the gap to close. Progress has been quite significant in the last few years, that’s the good news. However, compared to the gender gap in the other areas measured by the Forum, politics stands out as scandalously unequal: health has a small gender gap of 4%, education o6%, economic participation 40%, and politics an incredibly high 79%.

The Women in Parliaments Global Forum (WIP) is a post-partisan network of female parliamentarians around the world, of whom there are around 9,000 today, five times less than male parliamentarians. WIP is committed to increasing the number of women representatives in Parliaments. While gender equality in political participation has intrinsic value, instrumental value also plays an important role. The composition of legislative bodies affects the quality of laws, and influences the extent of their application. As has been shown many times in practice, women leaders are more likely to be responsive to public needs and tend to cooperate across party lines.

Despite the positive dynamics of recent years, having just one woman for every four men in politics is a clear sign of exactly how little societies are tapping into the potential talent of more than 50% of their population. There are important variations: Nordic countries are the most gender equal, with women at 41.6% of the total number of Parliamentarians. The world champion for women participation in politics is Rwanda where women constitute 64% of the Chamber of Deputies: this year Rwanda is ranked seventh in the world for gender parity.

WIP believes that best practice examples are the most convincing way to encourage and motivate others. So last year, based on the findings of the Global Gender Gap Report, we awarded countries for their regional leadership in closing the gender gap, and an audience of female politicians from 106 countries applauded the champions. In 2014, female Parliamentarians from around the world came together for WIP conferences in the Icelandic Parliament (Iceland being the global leader in gender equality for the last six years), and in the Parliament of Rwanda, with its unrivalled leadership in female political representation.

A range of official and unofficial, formal and informal barriers can limit women’s political participation. WIP and the Gender and Development Unit of the World Bank, guided by Professor Frances Rosenbluth from Yale University and with support from EY, are conducting a research to uncover the unofficial factors that limit women’s political participation. Building on a survey of Parliamentarians from 84 countries around the world, the study wants to understand the hurdles women face in launching and sustaining successful political careers.

Preliminary findings tell the same old story, and that story is consistent around the globe: reflecting continuing effects of pre-determined family roles, female politicians tend to start their careers later, have fewer children, spend more time caring for their families, and arrange their lives to have shorter commuting times than their male counterparts.  It appears that only women with supportive families run for office, whereas men are more likely to run in spite of discouragement from their families. Family commitments still constitute a major source of concern for women. “Gender equality begins in our homes”, says Nkosazana Dlamini-Zuma, Chairperson of the African Union and Member of the WIP Advisory Board.

But women and men also have systematically different levels and types of networks of political support. Female politicians receive fewer private donations on average than their male counterparts, and rely relatively more on party sponsorship and support. Media portrayal and voter perceptions of a “woman’s place” seem to cast a longer shadow over female politicians’ decisions to run for office or aim for the highest echelons.  While both men and women express concern about the many pitfalls of political campaigning, women are more worried overall, particularly about gender discrimination, the difficulty of fundraising, negative advertising, the loss of privacy, and not being taken seriously.

Despite progress, the glass ceiling remains. There might be some cracks, but it still needs to be shattered. Michelle Bachelet, President of Chile, rightly stated: “When one woman is a leader, it changes her. When more women are leaders, it changes politics and policies.”