What next for the Brexit insurgency?

The Northern Ireland Protocol is back in the news. Amid renewed threats from the UK government to unilaterally revoke some of its provisions, the Protocol is our regular reminder that Brexit is far from done.

The excitements of recent days provide an opportune moment to assess where we are with the Brexit insurgency. The leaving of the EU has clearly not provided any sort of closure to a movement whose animating zeal was, and remains, formidable, but whose ultimate objectives have always been opaque.

As for the English Reformation, historians will argue about whether Brexit was a bottom up or a top-down phenomenon. The evidence does not suggest that opposition to the European Union was a driving preoccupation for the majority of the population before the EU referendum. While a latent Euro-scepticism was certainly prevalent, Europe was low down the list of popular priorities in the run up to the 2015 general election. But there was undoubtedly a widespread sense of disaffection and disenfranchisement which found expression in the campaign to leave the EU.

That is not to disparage the sincerity with which people voted. The majority were sufficiently turned off by what they saw of the EU to believe that the UK would be better off out of it. And people wanted the thing sorted; hence the power of the ‘Get Brexit Done’ slogan in the 2019 general election. But it has always been a minority that lies awake at night sweating over the threat of the European bogeyman. Most people have had their Brexit moment and have moved on. Though polling suggests that few have changed their minds on the way they voted, other preoccupations now loom larger, not least a cost-of-living crisis.

There is no mass movement to sustain the energy of the Brexit insurgency. This leaves those who are in the vanguard exposed. Like all insurgencies, momentum is all. Self-evidently, there can be no going backwards; the UK has left the EU. Standing still is risky. Brexit, for all the promises, has had little or no positive impact on the quality of most people’s lives. Brexit has no answers for the cost-of-living crisis. Indeed, Brexit has added a unique additional driver of inflation in the UK, making it the worst in the G7.

So how does the insurgency sustain momentum? The only way is crashing on forwards. The European Union must still be the enemy, hence the confrontational approach over the Northern Ireland Protocol. Problems at the UK/EU border are down to malign action by the EU, not an inevitable consequence of Brexit. The scope of the insurgency is extended through the war on woke. The institutions of state that were deemed to have been less than wholehearted in the Brexit project continue to be excoriated, from the BBC and Channel 4 to the judges and civil service.

The contortions and contradictions become ever more bizarre. The Prime Minister lamely excuses his turnabout on the Northern Ireland Protocol by claiming that he never expected the EU to implement it – despite having spent the best part of three decades damning the EU for an excessively rigid interpretation of regulation. A minister travels to the US with a great wodge of customs papers to demonstrate the bureaucracy of the Protocol, neglecting to point out that this is the daily experience of all British businesses exporting to the EU because of his Brexit. Ministers trumpet new trade deals with Australia and New Zealand, which together will add little more than 0.08% to UK GDP, while ignoring the 4% loss of GDP due to Brexit. The minister for Brexit opportunities delays once again the establishment of full controls on agri-food products on the UK’s side of the border since now the cost of taking back control is deemed too great.

The faithful lament the failure to implement a ‘pure’ Brexit. David Frost positions himself as the true carrier of the flame, projecting a fantasy world of low tax, low regulation and open borders.

Is there sufficient energy left in the insurgency to give Frost the chance to implement his dream? Or are we witnessing its high tide?

One way or another, there can be no going back to the status quo ante. The UK will not be rejoining the EU any time soon. The old mould of British politics has been broken and it has yet to settle into a new pattern. But we may be not far off the point where there is a reversion to the mean of politics in another sense. The Brexit insurgency rode a wave of divisive identity politics that was alien to the British political tradition. Without a mass movement behind it, these politics sound increasingly shrill.

At some point, not under this Prime Minister but maybe the next, a more measured politics will creep back into vogue. Political dispute will be as vigorous as ever, but in a context that leans back towards rationality and a measure of objectivity in assessing what is in the best interests of the country.

Too much to hope for? Perhaps. But, if and when that day comes, the arch priests and priestesses of Brexit who are so dominant in our politics today will cut vaguely ludicrous figures, lamenting the cause of a lost Brexit vision which most of us will regard with bemused bafflement. 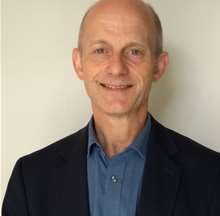