What division of tasks between the EU, NATO, and states?

How the European Union and NATO interact has been at the centre of defense debates in the last 20 years. With two institutions dealing with similar portfolios, questions are posed about their complementarity at a time when the international security environment produces increasingly multifaceted challenges.

The EU and NATO have done a lot over the last five years to improve their relationship. Yet, this falls short of the needed strategic partnership, and the time has come for the two institutions to clarify their cooperation and respective roles.

For a new NATO-EU bargain

Security actors display comparative advantages that determine their role in security management, as first or second responder based on the needs of the situation. For example, as a military organization, NATO was first responder to the 2014 Russian aggression in Ukraine, but was not in the response to COVID. Similarly, the EU has been first responder in civilian crisis management in the Western Balkans, but was not in the same region whenever the use of force was necessary.

The two organisations must now conceptualise such a division of tasks through a bargain by which NATO would concentrate on collective defence and the EU would concentrate on a wide human security agenda; this means that NATO would be in the lead (or first responder) for all collective defense-related activities while the EU would be in the lead for all human security-related activities, and each institution would come in support (as second responder) of the other when not in the lead.

In such a deal, NATO would be a second responder in crisis management activities, most maritime operations, or defense capacity-building in partner countries. Those would be the responsibility of either the EU or of ad hoc coalitions whenever the contemplated action includes military force. Indeed, in case an emergency calls for a robust military operation falling outside of collective defense, neither NATO nor the EU would initially intervene; states would, in a coalition, as is the case in the Coalition against ISIL or in the French-led operation Barkhane in the Sahel. States have become all the more skeptical about the role of institutions as the projected activity is inherently coercive. In these cases states tend to prefer a state-centered approach. The United States, or France, through its European Intervention Initiative have recurrently demonstrated this inclination for a de-institutionalized approach to military operations. This observation tends to narrow down the spectrum of military activities that NATO and the EU can be in charge of. Yet not only does it support the idea of an EU retrenchment from military robustness, but it also allows NATO to concentrate on its core collective defense task.

Do what you do best

In this scenario, NATO would still play a role in Projecting stability at its periphery, but in support of the EU or other actors. The Alliance would also keep its prerogatives in the nuclear deterrence domain, that no country is willing to transfer to the EU anyway.

Likewise, the EU would, at least temporarily, give up on high-end military operations; it would continue to develop capabilities in the framework of the Permanent Structured Cooperation and the European Defence Fund, with the assumption that such capabilities would be resorted to either by the EU in a crisis management situation, or by NATO itself or a coalition. EU-led crisis management would come in support of NATO in an Article 5 scenario, as well as NATO would come in support of the EU in any large-scale complex emergency.

This does not imply that the EU would no longer aspire to become strategically autonomous; rather it operates a shift in the meaning of autonomy by putting its military dimension in the hands of (European) states rather than the EU as such. For European states that want to pursue strategic autonomy, starting by developing a European ‘warfighting culture’ outside of the EU is not necessarily a bad idea, especially if it allows the UK to be part of the game and demonstrate, outside of the EU, how it can work.

Were the two organizations to follow what is suggested here, quite a few issues would still hamper the partnership, and many sources of frictions would remain. However, continuing on the path that has been taken over the last 20 years shall not be an option as it has arguably largely under-delivered. For NATO and the EU to ensure the security of their citizens they require to adapt and concentrate on what they do best; otherwise it is not only their credibility that is at stake, but it is also the security of their citizens that is threatened.

Thierry Tardy is the Director of the Research Division at the NATO Defense College in Rome. The views expressed here are his own. 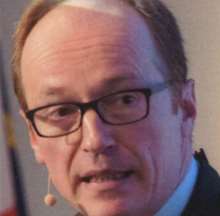