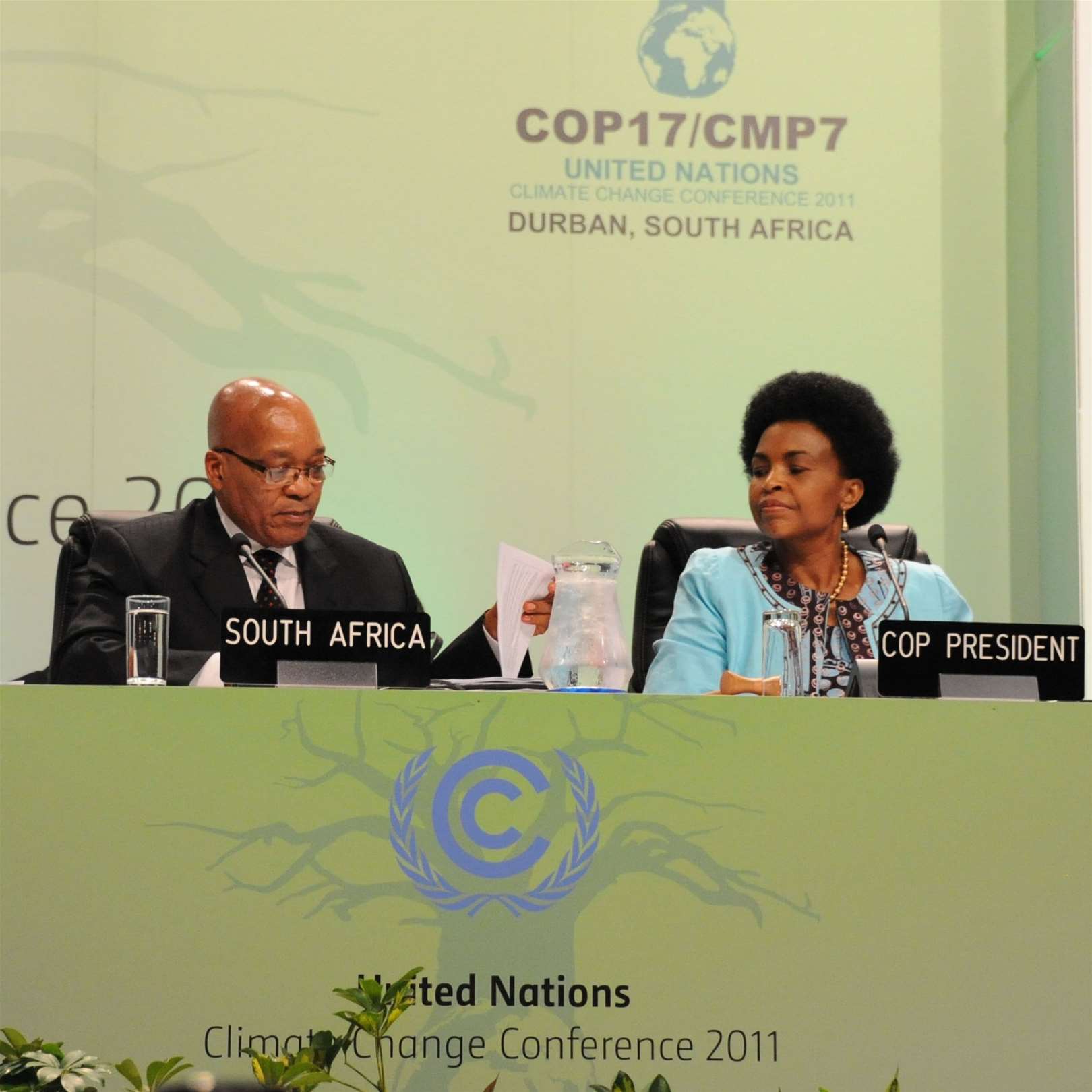 Europe is currently so enmeshed in a narrative of weakness and decline that it seems to have missed the real success it achieved at the Durban climate conference. To read the European press, and much of the commentary by European environmental organisations, you would think that Durban had been a complete failure, or at best an uneventful talking shop.

But Durban achieved much more than this. It is true that it did not solve the global climate change problem. But then that outcome was never on the table. Durban did achieve significant outcomes which give hope and direction for a global response to climate change, and for the multilateral system as a whole.

An active and forceful Europe was at the centre of delivering the Durban outcomes. The focus of media attention has been on the diplomatic drama of the late night ”huddle” that produced the final deal. But this outcome was only possible because of fifteen years of strategic investment by Europe on building a successful multilateral response to climate change.

Indeed the Hindu Times – rarely a cheerleader for the EU – admitted that “In any reasonable reckoning, the outcome ... of Durban was a triumph for European climate diplomacy”.

Firstly, it kept the door open to an agreement to limit global temperature rise to below 2C. The US, Brazil, India and China initially proposed delaying negotiations on strengthening global mitigation goals to 2020. If accepted analysis by the International Energy Agency shows that this would have locked-in investment in high-carbon infrastructure which would have made meeting the 2C goal impossible.

If Durban had locked the world into a 3-4C pathway this would have destroyed the legitimacy of the multilateral climate process in the eyes of the many vulnerable countries that are already seeing costly impacts of climate change.

It would also have compounded the distrust of elites and institutions by the young, including in developed countries. Increasing the feelings of anger, frustration and despair we are currently seeing over the inability of current political leaders to solve global problems.  Politically this would have strengthened defensive nationalism and anti-democratic protest politics. All of these outcomes would have had serious implications for global politics beyond the area of climate change.

Thankfully, Durban avoided the worst case scenario. The Durban Platform sets up a political moment in 2015 when countries will have to decide whether they will increase the ambition of global climate mitigation inside a legally binding structure which applies to all major emitters. They could still agree not to limit climate change below 2C in 2015, but this will be a sin of commission not omission as threatened in Durban.  The politics of 2015 should also provide more opportunity for ambition than those of 2011. The global economic recovery will hopefully be secure, and leadership processes will have been completed in all the major emitting countries. 2015 can also act now as a focus for mobilising national political support for greater climate action in key countries such as China and the US.

The second major outcome of Durban is the removal of the uncertainty that has surrounded the shape of the climate change regime since the Copenhagen Conference. The past two years has seen a battle between two different conceptions of the climate regime: a “top down” version typified by the Kyoto Protocol where countries negotiate their respective commitments in order to meet a shared goal of limiting climate change; and a “bottom-up” model where countries put forward for international monitoring a set of commitments which they have already made nationally.

The top down process focuses on what needs to be done to achieve agreed global goals; a bottom up process delivers what is possible to achieve inside existing domestic political constraints. In this way the bottom-up process cements the “you first” attitude where countries hide behind each other in making commitments. This results in a lowest common denominator outcome where countries place their level of exposure to climate change risks in the hands of the least ambitious country. It is hard to see the strategic logic of such an approach prevailing in other areas of national security such as counter-terrorism.

Durban has changed this dynamic and taken the “bottom-up” approach off the table. Though the US was the strongest proponent of the bottom-up approach even the US chief negotiator has recognised “we’re going to be in a whole new ball game now”.

The third outcome of Durban is that it marked the formation of a “green group” of countries containing the EU and a wide range of countries from Africa, Asia, Latin America and the small island states. These countries worked together to collectively create the pressure for an ambitious agreement in the final hours at Durban.

The critical glue holding this disparate alliance together was that much derided factor: European climate leadership. This leadership rested on Europe’s continued support for the Kyoto Protocol despite other developed countries reneging on their promises. It also depended of the EU being seen to implement the 20:20:20 climate and energy package, and to deliver its commitments on climate finance to developing countries.

EU’s performance at Durban exemplifies the Lisbon Treaty aspirations of an outward-looking Europe which can shape the rules of an open, interdependent world. It was a success founded on strong fundamentals of policy and alliance building, but also in personal leadership from politicians and not a small bit of luck. But Europeans have always realised that luck is a vital part of any major political success.

Durban is the beginning not the end of the process. It avoided the worst but much work needs to be done if we are to see an effective global climate agreement in 2015. But there is all to play for. The Chinese Leadership group which will decide on the 2015 deal is not yet in place. Every year the low carbon economy becomes more of a reality in countries as diverse as Europe, China, Mexico, Brazil, Korea and South Africa.

Europe should learn its lessons from Durban. Stick to your long term strategy and interests. Deliver on your promises and be prepared to pay the costs of leadership. Invest in alliances and relationships. And in a crunch be prepared to walk away from a bad deal.

The Danish Presidency should build on the Durban success by leading the development of a plan to win in 2015. This must begin with a process to increase Europe’s domestic greenhouse gas mitigation commitments. Securing political agreement for a ’set-aside’ of EU Emission Trading allowances is the most urgent issue to agree as it will reinvigorate Europe’s position post-Durban as well as stimulating domestic investment, technology development and financial returns. Durban has shown that this is not idealism, but the only realistic approach to delivering effective multilateralism Europe needs in a multi-polar world.