Ukraine and the strange Europeanisation of EU foreign policy 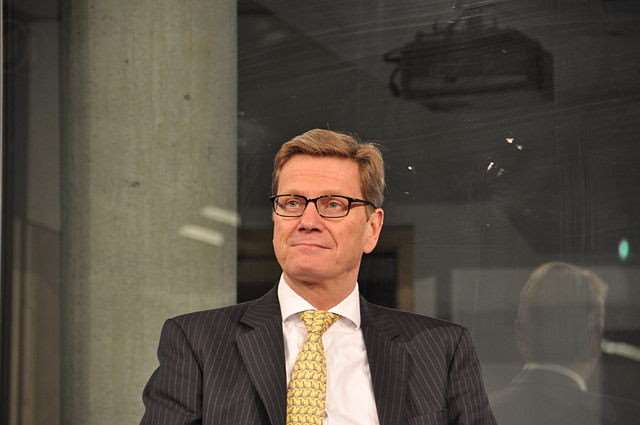 Recent events in Ukraine have seen a new driving force emerge in EU foreign policy: Germany. That may be disappointing news to some quarters. After years of grinding reform, EU foreign policy was supposed to have been Europeanised, not Germanised. And yet Europeanisation, of a sort, is exactly what has happened: in the last few weeks, France has become anglicised; Britain Germanised; and Germany..?

With Foreign Minister Westerwelle enjoying photo-ops with opposition leaders in Kyiv, it certainly looks like something of a German one-man show. And yet, Russian media coverage of the EU’s engagement in Ukraine gives a rather different picture – this is history repeating itself, say the commentators, and Russia is once again doing battle with Lithuanian, Swedish and – worst of all - Polish forces. Yes: it seems Germany has been polonised.

This matters because large governments like Berlin currently enjoy undue prominence under the EU’s foreign-policy machinery. Back in 2009, Europeans did away with the old system of rotating national presidencies, whereby each government got 6 months to lead the EU. In came a new EU foreign minister, Catherine Ashton, and a central diplomatic corps, the External Action Service. The effect of these changes was not so much to fill a political vacuum at the centre, but to create one.

And into this vacuum stepped the EU’s so-called Big-Three, with predictable results. France began treating the EU as a simple extension of itself, spending a year drawing up a national White Book, for Europe. The UK, paid lip service to the idea of “global Europe”, but viewed the EU’s foreign policy ambitions principally as an encumbrance to its own freedom of manoeuvre. And Germany saw the EU as an unwelcome threat to its 60-year international hibernation.

Yet, this reversion to type by the Big Three has not withstood the deep changes in the international environment. Their models of foreign policy have been fundamentally challenged by events such as the Arab Spring and each is looking for an alternative.

Britain was the first to shift. Back in August, Prime Minister Cameron was still gung-ho about getting involved in Syria. However, earlier interventions in Iraq and Afghanistan had not only led to a deep scepticism at home about foreign adventures but also an expectation that Parliament would be properly consulted before they happen. And, when asked, Parliament duly said no. The national mood was distinctly German in tone.

Just weeks later came France. And the tone there was surprisingly British. Alone of the big European powers, the French government retains a strong room for manoeuvre vis-à-vis its Parliament when it comes to foreign actions. Moreover, Paris is said to be desperate to keep the US involved in Africa and the Middle East, as it tries to shift its own focus elsewhere. This summer saw it trying to put together a joint US-French action in Syria, whilst neglecting its European partners.

Neither of these shifts proved particularly helpful to the EU and by late September EU foreign policy was something of a political void wrapped in a vacuum. Into this black hole stepped Germany. After years of being lectured by Paris and London about foreign policy, it has looked elsewhere for a new model of foreign policy activism.

As one German analyst puts it, her country’s new partnership with its eastern neighbour rests on a neat complementarity -the one providing the brains, the other the brawn. Things are more complicated than this, of course, but still - the partnership with Warsaw has certainly permitted Berlin to take a tougher line towards Moscow and to think about Central and Eastern Europe as a region once again.

Of course, it will be interesting to see how the new government in Berlin reacts to events in Ukraine. Germany has entered into this relationship with caution, and its engagement in Ukraine came with all sorts of conditions attached. In many ways, its worst fears have now come true, with Kyiv’s rejecting closer association with the EU and widespread disorder in Ukraine. And yet, this experience could prove highly liberating for Germany.

Acting in a messy environment is what it’s all about today. The financial crisis is freeing up an awful lot of international gridlocks – Iran, the Western Balkans, Turkey-Cyprus. With the carrot of EU accession much diminished, the bloc needs to be more assertive. And with international spoilers like Russia and China lacking any kind of plan for regional development, the bloc needs a clear agenda too. Even if this leads to unintended consequences, such actions are the shape of things to come.