Trump, populism, and the identity of Europe 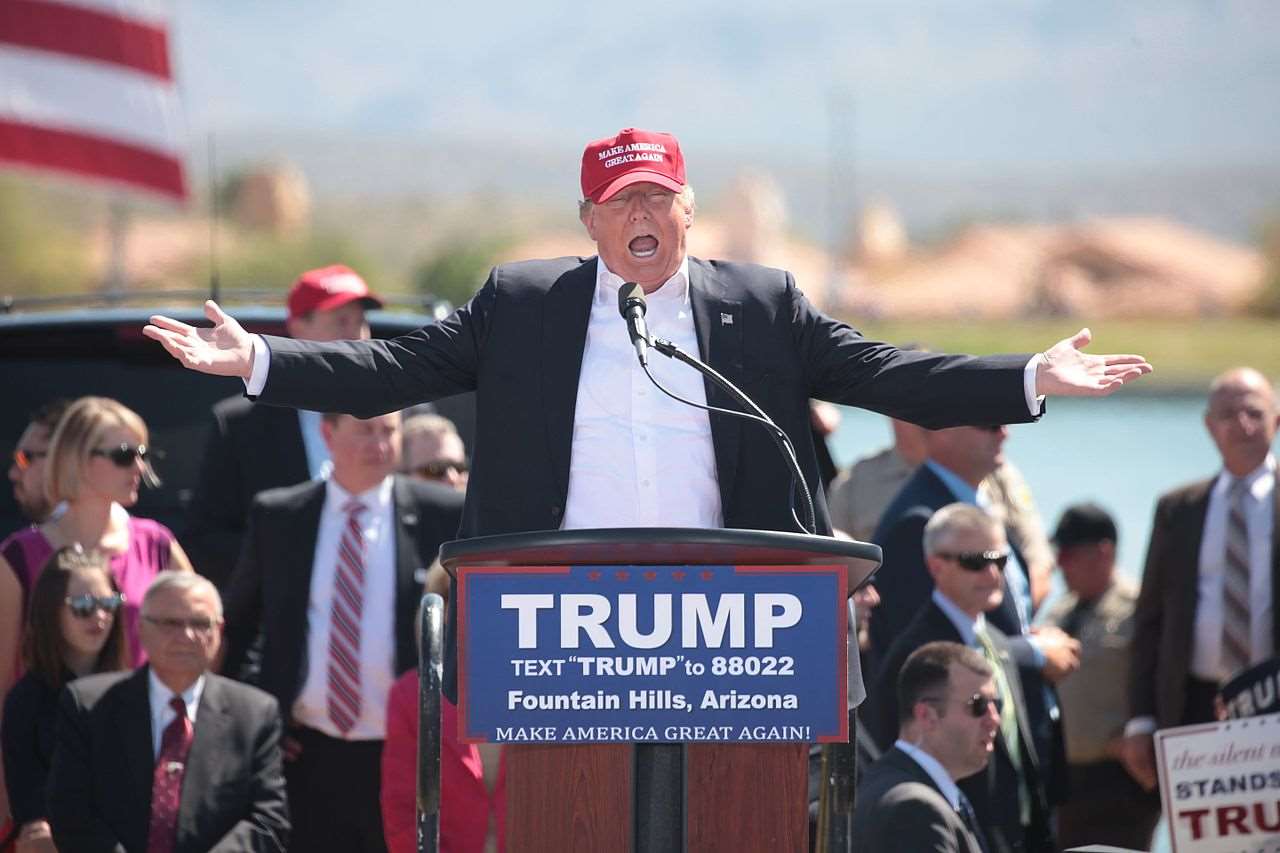 The inauguration of Donald Trump as 45th President of the United States represents the triumph of populism over the world’s greatest democracy. It also sets the stage for populists to make further gains across Europe. Trump’s affection for Nigel Farage is plain to see. His affinity for (and his attraction to) populists of other shades is easy to find as well. The challenge is to sort out what this means for the European project. Populists tend to stake out Euroskeptical positions, and Donald Trump has made no secret of his indifference for the European Union, but it is hard to say just how populists can have a lasting impact unless they somehow manage to seize control over government.

Part of the problem is conceptual. Populism is one of the more ambiguous and pliable notions in political science. Different analysts have tried to fill the idea with different shades of meaning. Nevertheless, they have failed to reach consensus on what we are witnessing. Instead we are left with a common denominator. Populism describes a pattern of relationships that connected elites to followers without running through established political institutions; populists avoid the gatekeepers of the ‘establishment’ and so communicate directly with the people they seek to mobilize and represent. This is a useful definition of populism as a process but it tells us very little about what populists really want.

This stripped-down notion of populism as process encompasses a broad range of individuals and political programs. The extremes of right and left are the most obvious. Think about Jörg Haider and Heinz-Christian Strache in Austria or Oskar Lafontaine and Gregor Gysi in Germany. Examples would also include Nigel Farage in the United Kingdom and Alexis Tsipras in Greece. Outside Europe, Donald Trump and Bernie Sanders are also good illustrations. Change one for the other and you have to imagine very different trajectories.

Moreover, populists do not have to be extremist (although, admittedly, most of them are). On the centre-left, the category includes Barack Obama when he challenged Hilary Clinton for the Democratic Party nomination for President by using small donors recruited through the internet, and it includes Matteo Renzi who relied on Facebook to mobilize support when he ran for mayor of Florence after being rejected by the Italian Democratic Party as its official candidate. Tony Blair would also fall into the category, particularly during the period when he was building up the Millbank machinery together with Peter Mandelson and Alasdair Campbell. On the centre-right you can think of Silvio Berlusconi during his first bid for office in 1994 or the Ciudadanos movement in Spain more recently.

These centrists are probably too moderate or ephemeral to represent the core of what we mean by populism. At a certain point the group we call ‘populists’ starts to look like it includes everyone. Nevertheless, they are interesting because they suggest that populism has a life span. Obama as candidate was a populist; Obama as president was not. The same is true for Renzi and Blair in their roles as prime minister. The anti-establishmentarian gains office only to become the establishment. Berlusconi is an even more extreme example. No political leader in the past twenty-five years has had such a profound impact on Italian politics. Moreover, to retain that influence, Berlusconi can only embrace status quo institutions. That is why Berlusconi campaigned against Renzi’s constitutional reform package even though his party was central to accepting the proposals in the first place.

There are also groups that are harder to place on the political spectrum. Here examples include Podemos in Spain, the Five Star Movement in Italy, and the (long-vanished) List Pim Fortuyn in the Netherlands. The official programs of these groups are often rife with contradictory elements. More confusing, that contradiction is intentional. Such groups are willing to accept that there is tension between different aspirations. Their goal is not so much to achieve some coherent project as to change as much as they can, as quickly as they can manage. If some of their achievements preclude others on the wish list, then whatever happens first is what happens. That is just how life is.

The solution is to look through what populism is and to focus on what populists do in practice. Specifically, populists rely on ‘identity-based political moblization’: they tend to divide the world into ‘us’ and ‘them’. Such divisions are a necessity not a preference. Identity matters whenever and wherever politicians made a direct appeal to voters because identity is a big part of what personalizes the relationship between elites and their followers in a populist framework. Given the wide range of politicians who use populist appeals, moreover, we cannot know which identity will be important to the political process before the fact. So long as elites (like Trump) succeed in making a personal connection with their followers that does not rely on political institutions in any formal sense, it does not matter how that connection is made. Populists can be nationalist or multicultural as easily as they can be right or left; they can also be young or old, poor or rich, black or white, Christian or Muslim, radical or conservative.

There is, moreover, an important difference between identity politics and programmatic considerations. Populists can change their minds about the issues relatively easily. Although they may face criticism for inconsistency, they can often overwhelm this by being ‘authentic’. Trump uses this tactic to great effect. So do other populists. The same is not true with identity politics, however. Once a populist politician or group appeals to a specific group identity, the identity content of that appeal is going to stick.

Nationalist groups like the United Kingdom Independence Party, the Austrian Freedom Party, and the Italian Lega Nord offer the strongest illustration of the stickiness of identity politics. When Nigel Farage tried to campaign in Scotland, he not only failed to attract any new followers to his cause but also stoked support for the Scottish Nationalist Party. When Jörg Haider tried to soften the xenophobia of the Freedom Party, he left himself exposed to Strache’s challenge from further to the right, which is what split the party and left Strache in control of the brand. And no matter how hard Matteo Salvini tries to transform the Lega Nord into a national movement, he always remains trapped in the North. Salvini has charisma and his anti-immigrant rhetoric has appeal, but the Lega is too closely associated with the northern part of Italy to sell as a mass movement in the Centre and South of the country.

Groups that appeal to religion or race face a similar problem. Pim Fortuyn attracted a reputation for right-wing extremism because of his intolerance for Islamic religious beliefs and despite repeated efforts to attract the support of multi-ethnic, assimilated Dutch citizens. Geert Wilders took up Fortuyn’s mantle not because they shared many ideological characteristics, but because Wilders was willing to embrace the identity politics Fortuyn created. In a similar way, Marine Le Pen can try to distance herself from the xenophobic and racist legacies of her father’s National Front, but they will always lie just beneath the surface. Hers is a familiar problem that has come back to haunt American politics.. U.S. Republicans may fantasize about making an appeal to minority voters but they are going to need at least as much time to attract those communities after Richard Nixon’s southern strategy as ‘the Party of Lincoln’ needed to win the support of white conservatives in the South. A more focused appeal on white voters like Trump’s is easier.

The explanation for this stickiness lies in the alienation that comes from ‘othering’ in the mobilization process. When politicians make a direct and personal relationship with the voters based on some identifiable characteristic, they automatically leave other parts of the electorate out by implication. For the ‘in’ group, the sense of being special or selected becomes an important part of the relationship. For the ‘out’ group, the sense of being rejected is hard to forget or to forgive. When New Labour opened to the upper middle classes of London under Tony Blair, it created resentments among the working-class Old Labour supporters who were left behind; when Jeremy Corbyn campaigned to take over the Labour Party after the May 2015 general elections, he gave rise to something like the reverse dynamic. Neither Blair nor Corbyn could heal the divisions they created during their leadership bids. Instead, they had to work with the Labour Party with which they identified.

This notion of identity politics does not eliminate the ambiguities of populism but it does offer one suggestion as to where Europe is headed under the influence of politicians like Trump, Farage, Wilders, Le Pen, Strache, Grillo, and all the rest. If populist politicians are the motive force behind major political developments in the United Kingdom and on the Continent, they are likely to leave lasting and painful divisions behind. The sense of alienation over the British referendum vote on both sides of the Channel is one illustration. The disaffection that arose between Germany and Greece during the sovereign debt crisis in the euro area and around the July 2015 referendum is another. The growing distance between Poland, Hungary, and the rest of Europe is a third.

The inauguration of Donald Trump puts the spotlight on populism in Europe. But the real challenge comes not from populists as individuals or populism as a specific political program. It comes from the way populist politicians manipulate identity to achieve their objectives. European populists seek to divide in order to govern. Their challenge to European integration is fundamental in that respect. The issue is not what they have to say about the euro or about immigration, it is who the isolate as the target for their political messages. By separate the electorate into ‘us’ and ‘them’, populists pose an existential threat to the European project – because the more they succeed in rallying people to their message, the less space remains for Europeans to identify with ‘Europe’.