Transatlantic trade could save a generation 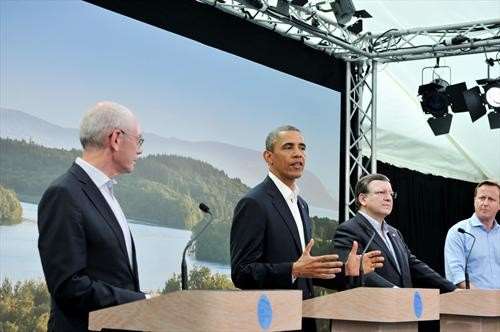 A transatlantic free trade area could well be the solution to Europe's youth employment challenges. This engaging, creative and hyper-connected generation is capable of seizing the opportunities it will create, provided that we, politicians, set the rules correctly.

The severity of the global economic recession, has led we Europeans and Americans to realize how deeply interdependent our two economies are. The opportunity for a transatlantic free trade agreement is one that we cannot afford to miss. Not only because we share the same liberal values of open markets, but essentially because of those humanist values of democracy, freedom, human rights, and the rule of law. This is the world and values we want our children to be raised and live in.  This is why our economies have to remain globally competitive for the decades to come.

Boosting transatlantic trade will not only simulate growth, create jobs, and raise standards of living. It will particularly be a win for Europe’s young people. The economic crisis is hitting Europe’s youth the hardest with unprecedented levels of unemployment amongst the under twenty-fives. 5.5 million are out of work across the EU. That’s 20%. In Greece and Spain more than 50% are unemployed. Europe is in danger of losing a generation who are trapped outside of the labour market for the long-term.

Yet, the first beneficiaries of this agreement would be the under-30s. This hyper-connected online generation lives in a borderless world and inhabits global networks. A transatlantic market for new technologies, already a key driver of European and global growth, could provide them with tremendous opportunities, including the one to become truly global.

This is why TTIP negotiations must focus on achieving a common Transatlantic approach to technology regulation as a priority. I believe this agreement could be a catalyst to create conditions in Europe that fuel innovation and entice investment.

As politicians we have an important responsibility to set up a healthy regulatory framework to attract such investment in innovation. Furthermore the convergence and competitiveness resulting from TTIP may well stimulate Europe to become more visionary, more efficient and less fragmented. It may also help the US to meet its domestic regulatory objectives more efficiently as well. TTIP has the potential to be the spark that will reinvigorate our stagnating economies. New competition will expose our businesses to international markets, different business practices, values, visions and efficiency. It should ultimately result in higher economic and social welfare for our citizens on both sides of the Atlantic.

Despite the controversy the answer is clear – the overall gains from liberalization for both sides far outweigh the losses. We owe it to young people and future generations on both sides of the Atlantic to make TTIP work. Our political will has never been stronger but the window of opportunity is short. With the death of Doha, the US has moved on and is about to conclude the most important regional FTA with 12 Asian and Pacific countries. China too is promoting a Sino-centric commercial bloc in Asia with its Regional Comprehensive Economic partnership. The world won't wait for us. History will not be kind to us if we fail.