Too little, too late, too light 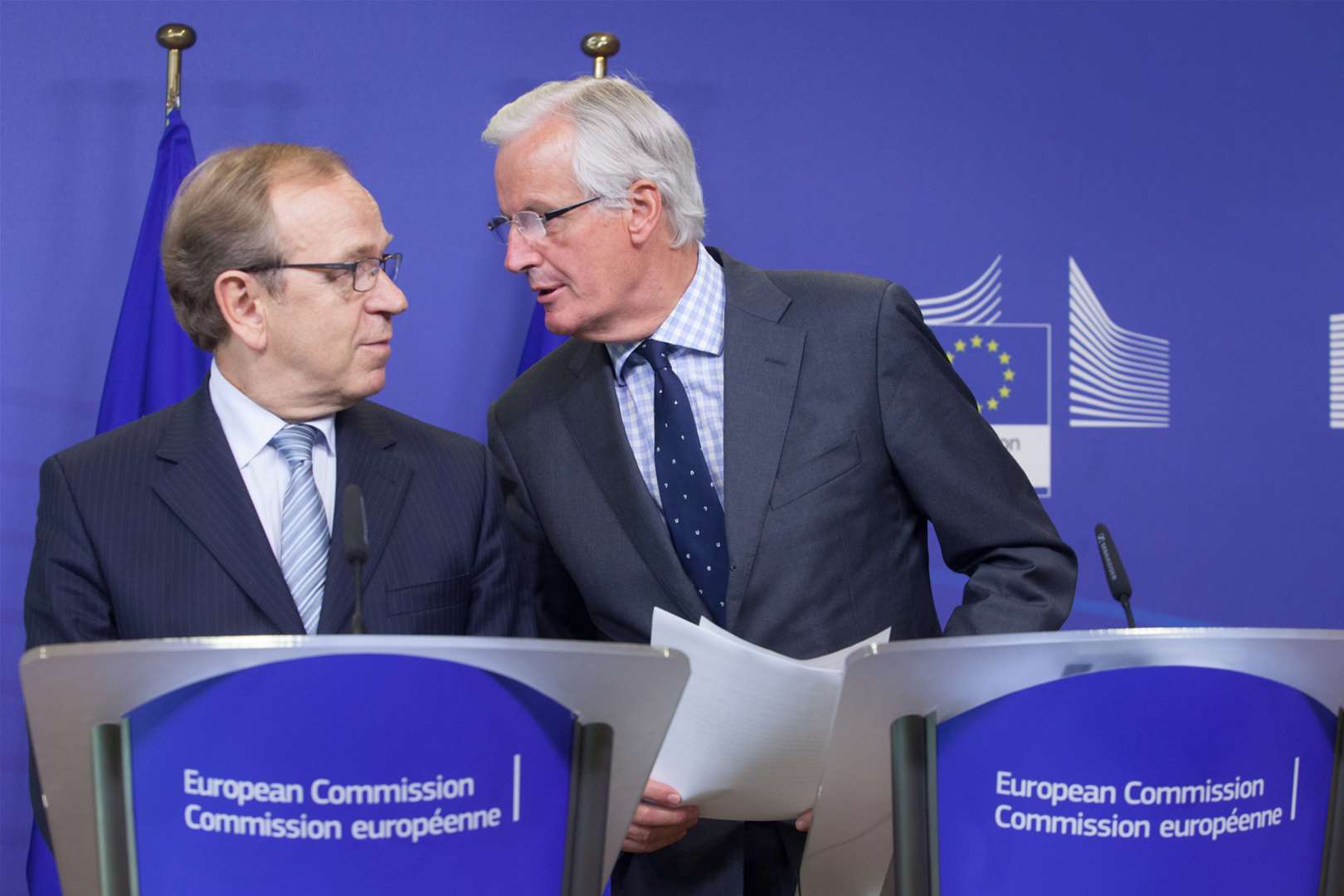 Erkki Liikanen, Governor of the Bank of Finland and chair of the High-Level Expert Group on Banking, and Michel Barnier, European Commissioner for the Internal Market and Services. Photo: European Union 2014

Finally, the European Commission has come forward with plans to restructure Europe’s banking sector after taking “into account the useful report by the high level [Liikanen] group”. That sounds a little like faint praise for the report’s banking reform proposals. The Commission’s target was restricted to only the biggest and most complex banks and the plan was to stop them from engaging in the risky activity of proprietary trading.

For Michel Barnier, the European commissioner for internal markets, stinging criticisms generated by this proposal were a sign it was pitched just right, hitting the perfect “point of balance” between US, UK, French and German initiatives to restructure banks. “I’m not surprised by the reactions”, he said. “Have you ever seen any of my proposals welcomed with enthusiasm by the financial sector? These banks continue to engage in risky market activity that turns a profit but does not serve their customers. Is that proper? I say no.”

Barnier may not have gained the centre-right European People’s party nomination for Commission president but he appears committed to stand down from the Commission and campaign as a candidate for the European Parliament. At the least, this proposal should give him some soundbites.

• Banning proprietary trading in financial instruments and commodities (that is, trading on its own account for the sole purpose of profiting the bank).

• “Subsidiarisation”: giving supervisors the power, sometimes the obligation, to require the transfer of other high-risk trading activities (market-making, complex derivatives and securitisation operations, etc.) to subsidiaries. This aims to avoid any gaming of the rules but banks can avoid this if they satisfy their supervisor that the risks are mitigated in other ways.

• Providing rules on the economic, legal, governance and operational links between the separated trading entity and the rest of the banking group.

For his part, Erkki Liikanen, governor of Finland’s central bank, appeared only to have faint praise for the Commission proposal. “I welcome the Commission’s proposal for the regulation…Depending on how it is applied, this regulation could bring about needed structural changes in the largest and most systemically important European banks, as envisaged by our group… In October 2012 our group proposed that proprietary trading and certain risky trading activities, including market-making as well as exposures to shadow banking entities such as hedge funds, ought to be separated from deposit-taking and lending activities.”

Given the lengthy delay since the Liikanen report, some EU states have taken their own legislative actions. The UK was forthright, saying: “The proposals from the Commission have much in common with the banking reforms the UK has pioneered and have been designed to allow the UK to go ahead with full implementation of its reforms”. After meeting his German counterpart, Pierre Moscovici, the French finance minister, said: “We have confirmed our agreement in principle on the separation of speculative banking activities”. He believes French laws are consistent with the Liikanen report.

Do the Commission proposals even have a chance of being enacted? “It’s a bit insulting to present this now”, Sharon Bowles, chairwoman of the European Parliament’s economic and monetary affairs committee, told Bloomberg. “Barnier should have presented this much sooner before the election, or not at all. The deadline for the parliament to receive new, non-emergency proposals before the elections expired in July last year.”

So the chance of them making progress through the legislature seems remote.

Other political reactions can be summarised by the parliament’s Socialists and Democrats group leader Hannes Swoboda’s comment: “Too little, too late”. The Greens’ finance spokesperson, Philippe Lamberts, said: “These crucial and much-anticipated legislative proposals on the structural reform of Europe’s banking sector fall short of what is needed to truly address the flaws in the sector”. In particular, he criticised the very restrictive definition of proprietary trading. Another Green MEP, Sven Giegold, pointed out that “the Liikanen group had put forward a simple, un-bureaucratic proposal as to how large banks could have been made much safer”.

The criticisms from the banking sector were predictably caustic. The European Banking Federation called it “an untimely proposal for banks’ structural reform… Therefore, proposing an additional policy measure at this point in time that has such potentially far-reaching consequences on banks’ structure, daily business and organisation is not prudent”.

The Association for Financial Markets in Europe said it believed the need for additional EU bank structure legislation at this stage was unproven, saying: “There is a significant risk of conflicting with broader regulatory objectives”.

And the Federation of French Banks stated: “This proposal has been created with no consultation of the stakeholders involved and at an unsuitable moment… Treating Member States differently by proposing exceptions, which seems to apply to the UK alone, would create a new risk of fragmentation, contrary to the principles of the construction of the European single market.”

This oped is based on an article in "Financial World"