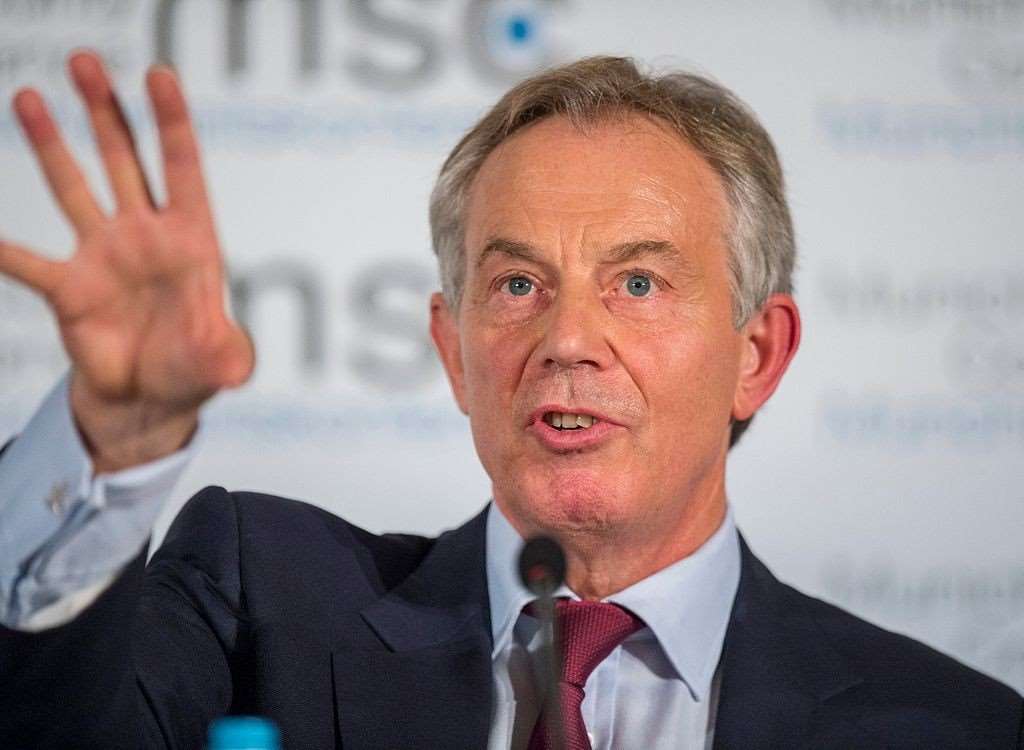 It’s perhaps right that it took Tony Blair to get any debate of the EU going in the British general election campaign. A man who spent many years trying to be ‘at the heart of Europe’ while angsting over membership of the Euro, Blair represents many of the contradictions of British European policy.

But even if he got the topic on the table, it was almost immediately swept away by his other great legacy: how much do we dislike Tony Blair?

And so, the discussion of Britain’s relationship with the EU returned to its usual position, in the pile of ‘things we never really talk about’.

Blair's speech was very much a throwback to the late 1990s: a thoughtful opinion on how the UK can make European Union membership work for everyone's mutual benefit, with a constructive agenda of leadership and partnership. In short, the kind of speech you might have expected him to make if he had ever of followed through on membership of the single currency.

But to what effect?

Pro-membership business groups picked up on his message about the costs of uncertainty, while UKIP chose to recall all the reasons why Blair couldn't be trusted (or Cameron either, for that matter). Media commentators pretty much followed the same lines.

Whatever Blair had to say about the detail of membership was lost in questions of trust (in him, in Labour, in politics, in the EU) and the never-unmentioned elephant-in-the-room of a referendum. As Blair himself noted:

"I am aghast at some of the arguments used as to why having such a vote is ‘a great idea for democracy’. Apparently we should have a referendum because its 40 years since we last had a vote. That is seriously an argument for doing something of this magnitude and risk? A sort of ‘keeping us on our toes’ thing? So should we do the same for NATO? Or have periodic referendums not just in Scotland but all over the UK just to check popular feeling? We should have a referendum if we seriously believe that getting out of Europe is a national priority if our terms aren't met. If we don't, then it is a completely unacceptable gamble with our future."

Put differently, the logic of a referendum is grounded much more in opportunistic terms than it is in those of high politics. Those who push for it believe they can get the answer they want, whether in the ‘yes’ or ‘no’ camps. This is the reason we didn’t hear a general clamour for referenda on every major policy choice: all of which rather up-ends the notion of consulting the people. That such an attitude carries very high risks – think of Jacques Chirac in 2005 with the Constitutional Treaty – is almost beside the point.

In addition, we're still talking about whether a referendum is a good thing or a bad thing, rather than what we want our relationship with the EU to be. Without the latter, the former becomes very moot. Maybe it’s because of a lack of knowledge, or because of a lack of motivation, but you almost never hear a British politician talking about specifics: for all that David Cameron has argued for renegotiation over his premiership, you would be hard-pressed to find out what he wants to renegotiate and how. In his case, it’s as much as a case of realising he has little can actually achieve, as has long been clear.

And because it's all so predictable and no one has anything useful to say, we roll on. Contrast the way in which the non-doms tax issue has generated much more interest in the media and among politicians, as they see an opportunity to actually offer contrasting policies and engage in debate. Even The Economist – usually a reliable place to find some debate about the EU – relegates it to some passing references in its current special report.

Precisely because of the referendum, everyone is waiting. In a generous interpretation, that's because they are keeping their powder dry. On a less generous one, it's because they have nothing useful to say.

And so Britain’s European policy-making-by-accident rolls on. As Blair could have said (but didn’t), it’s an accident waiting to happen, an accident that will benefit no one in either the long or the short run.