Time to get down to business on transatlantic trade 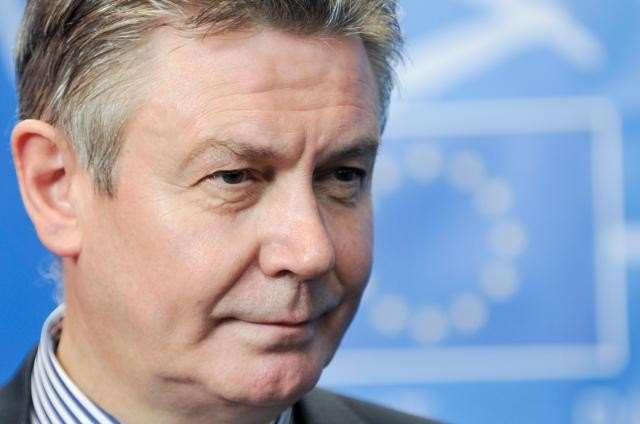 Since it became clear at the beginning of the year that the European Union and the United States were likely to launch negotiations for  a free trade agreement, the plan has understandably received a great deal of attention. Many people – groups whose interests will be affected, activists of all stripes and of course politicians on both sides of the Atlantic – are taking a very welcome interest in the process.

Discussion has ranged from the stratospheric ("Will the agreement change future global geopolitics?") to the microscopic ("What about the chickens?"). In between we have forensically analysed the potential impacts on everything from cultural diversity to intellectual property.

We need these serious conversations around the negotiations. After all, the United States is not just any other trading partner. Even in our interesting times, the US remains the most powerful country in the world. Neither are our American friends and colleagues known for shying away from defending their interests, as recent media reports appear to demonstrate once again. Accordingly, if we do not have an open, frank debate about all of the concerns on people's minds we will miss our chance either to lay them to rest or, when justified, take them on board.

And the reasons are clear: Growth and leadership.

First growth. This deal will have a significant positive impact on growth in both the American and European economies - an impact we sorely need.

In the best estimate available to the Commission, a good agreement would produce GDP gains for Europe of at least 0.5%, with similar consequences for the US.

"At least" because the economic modelling on which that calculation is based does not take into account the longer term effect of increased trade on productivity. Opening an economy to international trade and investment is in fact a type of structural reform. The new rivals that companies have to compete against force them to become better at what they do. And they are helped in that task by cheaper access to imported raw materials, components and services. In our experience, these combined effects can as much as double the direct impact of removing trade barriers.

That is not all. In the short term we can expect an additional, more intangible, bonus: a confidence boost. A good agreement would show that Europe and the United States are determined to continue the march of liberalisation they began when they drafted the General Agreement on Tariffs and Trade in Havana in 1948. That knowledge will ease the worries of companies uncertain about the future. They will know that neither of the world's two largest trade and investment powers is ready pull up the drawbridge of protectionism, even in these challenging economic times. More tranquil companies will be more willing to make the ambitious investment decisions we need to get to economic recovery.

Second, leadership. For all the merits of a free trade agreement between the United States and Europe there is no denying that, like any bilateral arrangement, it is a second best solution. The trade negotiator's ideal – and the trade economist's – remains bold global liberalisation though the World Trade Organisation. No bilateral agreement can unlock the Doha negotiations, which are our best bet to reach that ideal.

But a good agreement between the EU and the US would do more than most free trade agreements to support the long term health of the multilateral trading system. That is because it gives us the chance to experiment with solutions to trade problems that affect all trading nations. And because those solutions would have considerable weight given that they would apply in half of the world economy.

That means that they would form a good basis for future global discussions when the time is ripe. What is ultimately needed is a new international agreement on market opening between the rising trade powers of the global East and South and the currently dominant trading economies of the West. No bilateral deal can supplant those multilateral discussions, but a good EU-US agreement would be a substantive contribution to the process, and one backed up by trillions of euros of empirical evidence.

Of course, the question then becomes: what is a good agreement? What do we need to achieve within the negotiations in order to get those gains in the real world?

This is where things get more challenging and why keeping our focus is so important.

To work, this deal needs to be more than a traditional free trade agreement focused on the customs border. Because the transatlantic trade and investment relationship already works reasonably well, an agreement can only make it work better if we get under the bonnet and into the greasy workings of the engine.

The real barriers to EU-US trade and investment are not on the surface of this vehicle. They are not scratches on the doors or cracks in the windscreen. Fixing such cosmetic problems will neither open our markets nor set any precedents for future global agreements. A new paint job will not convince.

That is why we need to get in among the gears and the sprockets of government policy – to the rules, processes and procedures of regulation.

Regulatory barriers can block trade outright, make it too expensive to be viable or just act as a drag on overall economic efficiency. They are also the barriers of the future for world trade relations.

But dealing with regulation is both complex and politically sensitive, and for good reason. Regulation protects people from risks to their health, safety, environment and financial security. It is the result of democratic political choices which cannot be put up for negotiation.

So we need to be clear that our objective is to tune up the system, not to dismantle it. And we need to carry out that job in an open, transparent and above all pragmatic way. To continue the metaphor, if we can show American regulators that there is a piece of European regulatory engineering that gets them to their policy goal more efficiently, they should be ready to take it on board, and vice versa.

In fact, the image is only partly metaphorical, since car safety regulation is one of several areas that are ripe for this kind of work. Both sides' systems deliver very similar safety results, so why can we not formally recognise this in order to facilitate trade? This is the kind of regulatory cooperation –not the chimera of a radical, neo-liberal free-for-all – that these negotiations will focus on.

If we can do a deal along these reasonable if complicated lines – and on other important issues like public procurement and services – we will be able to say we have a good agreement, one that can deliver the growth we need and provide leadership towards new global liberalisation.

But that will only be possible if we get down to business. And that means that all of us who can contribute to the success of the Transatlantic Trade and Investment Partnership have to make a decision to do so.

Whether you count your money in euros or dollars, pounds or kroner, the reality is that right now we need more of it. Let's not be driven to distraction.