Time for Germany to shift from foot-dragging to pace-setting

Despite the numerous reforms over the past years, the monetary union cannot be stable in the long run unless a number of crucial points are amended: This became abundantly clear during the “Grexit summer” of 2015 when the disintegration of the eurozone looked like a distinct possibility. There have been many reform proposals, most recently the report by the five European presidents on the completion of the economic and monetary union. But the debate on their implementation is advancing at a snail’s pace because different perceptions and preferences are meeting head-on. At their core, they are often reminiscent of the conflicts that accompanied the start of the monetary union. Should stability be attained by more stringent rules and regulations, and market discipline, or through the communitarisation of responsibility and coordinated economic policy?

Germany has played an important part in designing the original architecture of the euro and the country has been a decisive actor in recent efforts to repair the eurozone. From the beginning, German policy-makers have aimed at ensuring the stability of the monetary union through an independent central bank, low inflation rates and low levels of government debt. This traditional concept of stability is based on the control and supervision of eurozone members, and the German government has broadly adhered to it during the crisis. It was reflected for instance in the insistence on stricter rules for budget deficits in the wake of the crisis and the stringent conditionality attached to the adjustment programmes.

Yet over the course of the crisis, it became apparent that the original idea of stability was narrowly defined. It is of course true that a lack of budgetary discipline was one of the catalysts of the euro crisis that erupted in 2010. But it was not the only reason, nor the most important one. Factors which had gone largely unnoticed before played a crucial role. They included imbalances in the current accounts of the members and the interdependence of the state and financial sectors (“sovereign-bank nexus”).

German policymakers found themselves in a cleft stick: On the one hand they wanted to avoid the communitarisation of debt, on the other hand they realized that insisting on the established rules was not enough. Financial problems in one eurozone country could spread to other countries and cast doubt on the currency union as a whole. Thus under pressure, Germany has repeatedly acted in a pragmatic manner to safeguard the existence of the eurozone. It was willing to lend support to the creation of the European Stability Mechanism and the Banking Union and countenanced the ECB’s extraordinary measures. All in all these measure added up to an important opening up of the Germany policy space on the euro.

…but no strategic reform agenda yet

If Germany has been willing to broaden its idea of stability in the wake of the crisis, why is the reform process stalling now? What explains the apparent lack of enthusiasm for long-term eurozone reform plans such as the Five President’s Report? One of the reasons is the political climate in Europe. Policy-makers in Berlin – like many other Eurozone governments – are extremely reluctant to amend the European treaties, because the risk of losing a referendum is simply deemed too high.

There is also a second, perhaps more important reason: Europe seems to have reached a point at which, as far as Germany is concerned, a greater mutualisation of risks is not on the cards unless more sovereignty is transferred to the European level. At the same time many other countries in the euro area, and France in particular, find this hard to accept. Since the financial markets are not (yet) making it imperative to take action, progress has come to a halt.

Going forward: Germany as a pace-setter

This is an extremely dangerous state of affairs: In spite of the reforms introduced in recent years, there is an inescapable need for further improvements. Imbalances and crises will be a characteristic feature of the common currency under the present framework. If another crisis were to hit the euro area in the near future, there would still be very little room for manoeuvre. To stabilize the monetary union in the long run it will be necessary to overcome the structural weaknesses that still exist.

Germany policy on Europe now needs to come out of the defensive and play a constructive role in the reform efforts. One way of doing this it to answer the question of how much sovereignty-sharing, control, and economic convergence is required in order to agree to greater risk sharing within the monetary union. Spelling out the trade-offs alone will not solve the current impasse. But it is an important step to move ahead in the reform debate.

This article is based on a recent policy paper that can be downloaded here: http://www.delorsinstitut.de/2015/wp-content/uploads/2016/01/GermanyEMUStability-EnderleinGnathHaas-JDIB-Jan16.pdf

The Bertelsmann Stiftung and the Jacques Delors Institut – Berlin cooperate on a research project on the future of the euro. For more information see: www.strengthentheeuro.eu 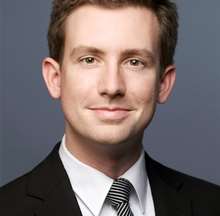