Time for citizens to curb their government's deficits? 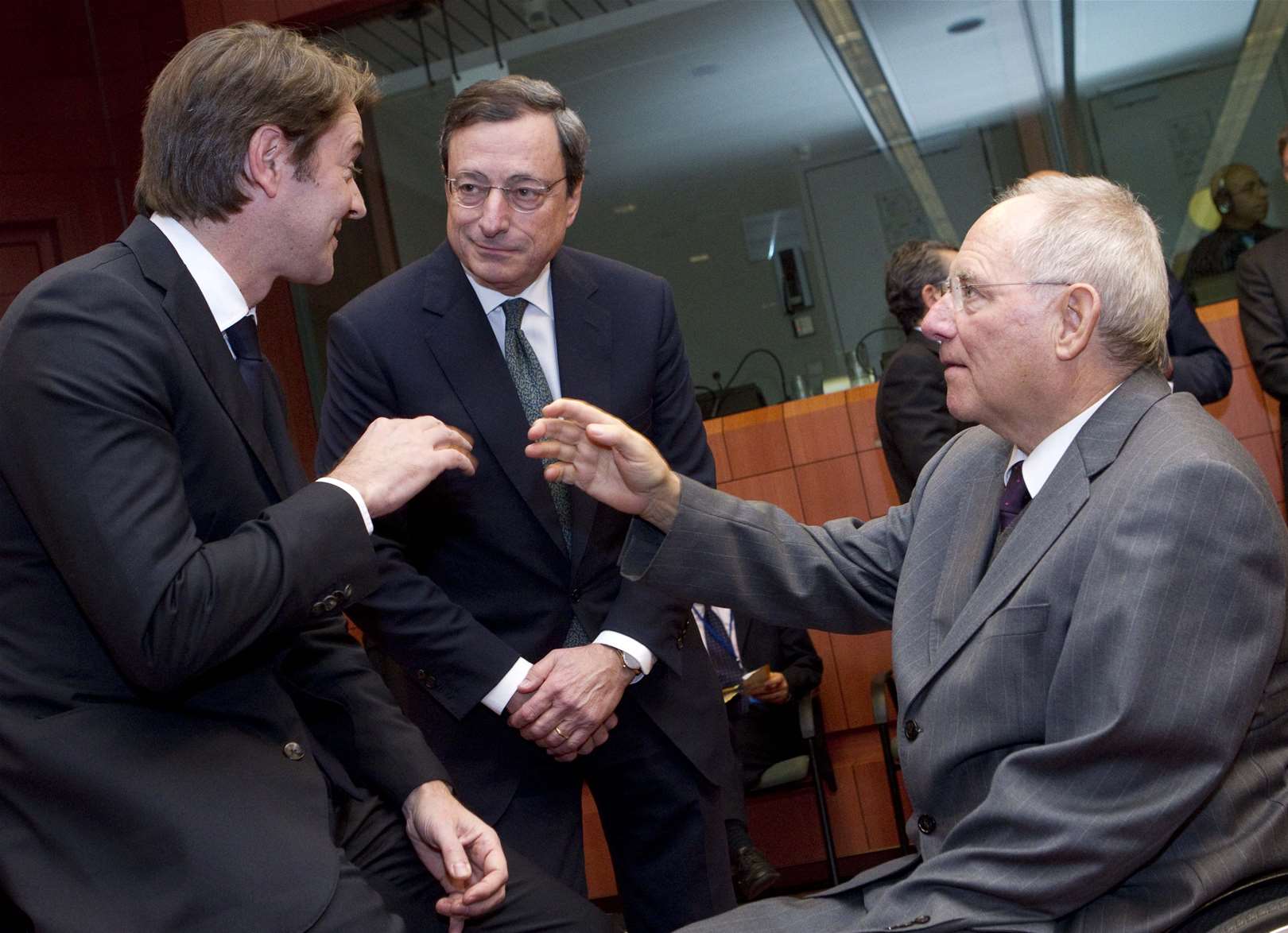 At moment of great importance: the media reports instantly, the markets react in minutes, legislators act months or years afterwards but society only catches up a decade later.  Will the December 9thSummit of the Heads of State/Government of the EU (HOSG) be seen as the moment when society finally woke up to the scale of the debt problem? It is widely said that a momentous change to economic governance in the euro area has been proposed. The doubters ask: Will society accept it? This is the challenge for 2012: bind into national legislation sensible constraints on elected euro area ministers of finance, or face imminently a future that will probably be very unpleasant.

In the early 1970’s, after the boom in agricultural prices and then the First Oil Shock, many political leaders tried to avoid the reality of reduced wealth by opening the money printing presses. The Great Inflation inexorably resulted and inflation stayed around 10% annually for a decade. During the 1980s, society responded by agreeing that control of the money printing presses should be moved away from politicians who only seemed to have an eye on “the next year’s election” rather than the next generation’s stable prices and politics. That process was completed in Europe by the Maastricht Treaty’s creation of the independent ECB with a remit for price stability. Annual inflation has averaged less that 2% since its foundation.

Once short-sighted politicians felt obliged to give up the power of the printing press, they found a new way of wining “the next election”: increasing public debt. In the early/mid 1970s, public debt ratios of the then-EU member states averaged around 30% of economic output. Despite ritual protestations by the finance ministers about the need for prudence, that average had jumped alarmingly - to more than 50% by the time the Maastricht Treaty was being negotiated in the late 1980s. Frightened by this risky development, all the signatories to the Treaty solemnly agreed to keep annual budget deficits below 3% of output. That should have ensured that debt ratios declined gently in the years ahead – back down to safe levels.

Unfortunately, “the next election” kept appearing, sometimes coinciding with an inconvenient downswing in the economy. EU finance ministers soon discovered that their fellow ministers were far too polite to enforce the agreed rules – especially as each was afraid they could be next to be criticised at an electorally inconvenient moment. As the euro was introduced at the beginning of the 21stcentury, debt ratios were hitting an average of about 70%. France and Germany then breached the agreed rules in such a cavalier fashion that the rules had to be reinforced in 2005. Success at last for the collective of finance ministers: the ratio fell back to 67% on the eve of the US sub-prime mortgage crisis in 2007.

The financial crisis that the US unleashed on the rest of the world was indeed shattering, and called for exceptional emergency responses. In the ensuing two years, public debt ratios leapt by 14% of GDP (about half the amount of debt built up from the beginning of time until the 1970s!). Did the finance ministers succeed in capping this explosion?  No.  Debt ratios seem set to exceed 90% of GDP in 2012 – no less than three times the levels of the 1970s – and to continue edging higher. Unsurprisingly, those who lend the money to these governments – banks and bond markets - are seriously alarmed about the outlook.

When society decided that elected politicians should not have unfettered control of the money printing press, it removed the risk of inflation being used to reduce the real burden of public debts. The decision by some States (now 17) to join a single currency that individually they could not print substituted the inflation risk with another: default. During the Maastricht Treaty negotiations, the finance ministers of the day discounted such an unpalatable risk as they all “knew” they would stick to the agreed rules. A decade on, society is left surveying the consequences of their abject failure. But the contagion of their failure has now infected the banking system with such enormous quantities of doubtful loans that the State and the banks are locked together in an embrace that could yet prove fatal to both.

Is it now time for society to step in and remove the unfettered power of debt creation – as it did with money creation two decades ago? The 26 HOSGs have now agreed in principle to an “International Agreement” which will create a substantial technocratic buffer:  an independent set of growth forecasts (and thus implicitly budget deficit forecasts) and an external check of the possible consequences of the economic choices. In an integrated trading and financial market, “no man is an island” and a State’s choices will impact not only its own citizens but all its trading partners. The mighty US has demonstrated the truth of that globally - and tiny Greece within the EU. The neighbours have a right to know - and comment as loudly as necessary to protect themselves. The citizens of a State where the neighbours complain might do well to pay attention to the complaints as there will certainly be serious domestic consequences if the complainers turn out have cause.

Can society rely on the political class that has failed to reform itself for four decades? The International Agreement is likely to be “small” in the sense of short - but politically profound because it will enable the peoples of a state to bind their own political leaders so they cannot misbehave in the future.