Since Britain’s decision to leave the European Union (EU) in last year’s referendum, London has spent many months crafting its approach to Brexit. Now that the British government has triggered Article 50 of the Lisbon Treaty, formally signaling Britain’s intention to depart the EU, it can turn its attention to the negotiations with Brussels on a host of topics. Most importantly, it can set its sights on establishing an alternative, long-term defense relationship with the rest of Europe. As the horrific events at the gates of Westminster remind us, even an island nation cannot insulate itself from the varied threats facing the continent. From the persistence of terrorism and a resurgent Russia to the rise of far right nationalism and a complex migration crisis, these challenges will continue to bind the security of the United Kingdom (UK) to that of Europe.

‘Surely Britain doesn’t need the EU when it’s a stalwart member of the North Atlantic Treaty Organization (NATO),’ some might argue. Yes, NATO will continue to be the primary forum for defense cooperation between the UK and the rest of Europe, but the EU has a critical role to play, maximizing London’s ability to access and coordinate defense and security resources and planning. It is imperative, therefore, that the British government avoids walking away from the EU without a deal – not only for the crippling economic impact, but also for concrete security reasons. As London develops its priorities and tactics for the upcoming negotiations, here are three offers it can make to Brussels to sweeten a deal for the future UK-EU defense relationship – and maybe even earn some bonus points in the United States at the same time.

First, continue to provide UK assets and resources to the EU’s intelligence apparatus. As it stands, Britain is a significant contributor to a variety of EU security institutions, including Europol, the Military Staff Intelligence Directorate, and the Intelligence and Situation Center. Vital information passes each day through these organizations and their databases, enabling EU members to analyze, share, and track key pieces of intelligence that can help prevent terrorist attacks across the continent. Some might argue that the UK can make do without these ties because of its participation in the “Five Eyes” intelligence sharing agreement. But, London would be remiss if it did not make use of all the tools at its disposal.

Britain, therefore, should pursue a security agreement complementary to the one it hopes to achieve in the economic realm. In Prime Minister Theresa May’s Lancaster House speech in January, she stated that the UK seeks “the greatest possible access to it [the single market] through a new, comprehensive, bold and ambitious Free Trade Agreement.” Both to comply with the EU’s rejections of “cherry picking” and allow Britain to have a “clean Brexit,” London should seek negotiated access to a security single market via a “free security agreement” of sorts in order to contribute and maintain access to the crucial information from these institutions – all without being a member. Treating the EU’s intelligence apparatus as a security single market would strengthen the bonds of European security and its framework could also attract the interest (and, down the road, perhaps even the participation) of other crucial actors, particularly those from the Middle East and North Africa.

Second, continue to invest in defense. This recommendation is less of an offer to the EU per se and more of a sustained initiative to maintain London’s importance as a defense provider and resource. Chief among the UK’s strengths is its nuclear deterrent. Based solely in Scotland, it consists of four Vanguard-class submarines that are equipped with Trident II D5 ballistic missiles. The UK also maintains a range of noteworthy capabilities, possesses one of the world’s preeminent special operations forces, and contributes to a variety of global missions, from peacekeeping to contingency operations. Nevertheless, Britain’s military faces significant challenges.

The UK, therefore, should take additional steps to raise defense spending. Such a proposal is perennial but if the country seeks to truly be a “global Britain,” it needs to overcome significant capability gaps, particularly in air defense and cyber. The UK also must ensure it has the proper funding to sustain its nuclear deterrent should an independent Scotland become a reality, thereby prompting London to find an alternate basing scheme. Increasing defense spending beyond NATO’s two percent of GDP would demonstrate London’s commitment to the alliance and distinguish it further from many other European members who fail to meet the target. In particular, the move would also find favor in the eyes of the Trump administration, further augmenting Britain’s special relationship with the United States. The key is to demonstrate that the UK is not withdrawing from Europe or NATO and possesses unique value as a guarantor of security and steadfast ally.

Third, call for a review to demarcate the lines of responsibility between NATO and the EU’s new Military Planning and Conduct Capability (MPCC) office. The UK has long had a priority of preventing an “EU army,” viewing it as a duplicative and troubling effort, particularly at a time when so few NATO members meet the two percent pledge. Creating a new headquarters, so London (and Washington) argues, would siphon crucial resources away from NATO and add another layer of European bureaucracy.

Instead of simply criticizing the MPCC office and casting it off as irrelevant now that the UK will no longer be in the EU, Britain should work with its European – as well as American and Canadian – counterparts to prevent overlap with NATO and define the new office’s purpose beyond conducting “non executive” missions. Determining the appropriate division of roles and responsibilities between NATO and the MPCC office, whether functional, regional, or otherwise, would enable the UK to establish a new relationship with the EU’s military staff and assert its leadership prowess in defense matters. For Britain’s relationship with the United States, in particular, it would also cater to American concerns regarding duplication. Perhaps most importantly for the EU, calling for a review would demonstrate London’s determination both to see through and contribute constructively to one of Europe’s primary security discussions.

With Supreme Court rulings and Parliamentary battles in the rear view mirror, the UK can, as the Prime Minister might say, get on with the job of negotiating the terms of Britain’s exit from the EU. The stakes are high and the mood will be tense. But in all the daily political wheeling and dealing during the negotiations, the British government must prioritize the long-term defense relationship between London and Brussels. In the realm of security, the UK and EU will forever be bound. 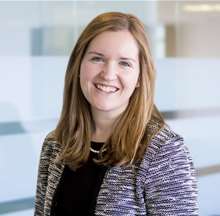