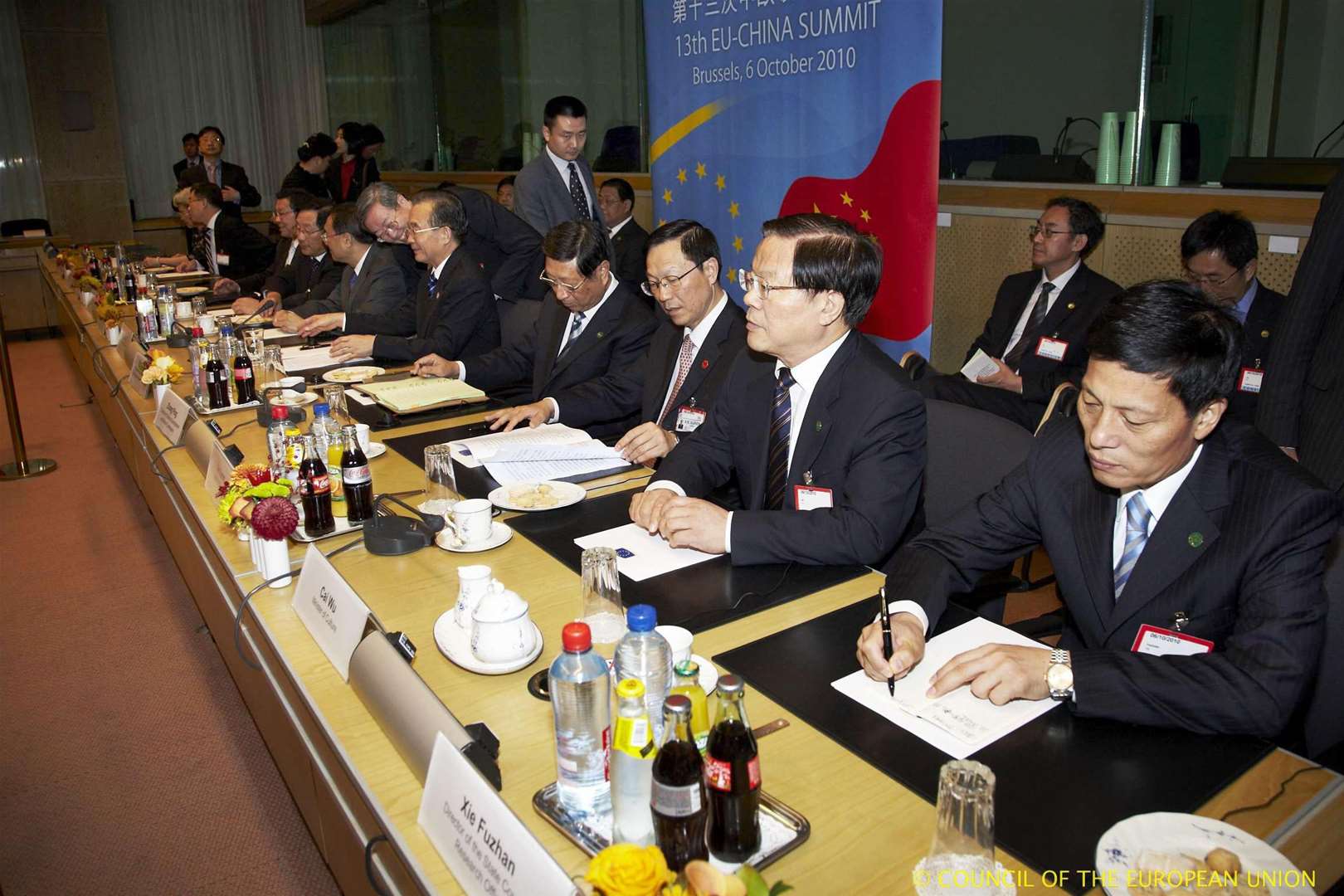 This week’s EU-China summit will focus on the imminent leadership changes within the Chinese Communist Party. European leaders will be keen mainly to gather information on the likely new team as prime minister Wen Jiabao makes his last appearance at an EU meeting. But the summit will also test the EU’s intentions to follow through on three potentially significant policy shifts of its own. These derive from underlying, long-term challenges that should not be neglected as European governments position themselves to deal with China’s new leadership.

First, the EU will need to refine its shifting approach to trade and investment policy. The Commission has advanced the principle of reciprocity of commercial access. Pushed by the French and some southern member state governments, it has formulated proposals designed to make access to the EU market conditional on other countries’ allowing European companies to compete for their public procurement contracts. Reciprocity is now presented as the fulcrum of a more assertive EU trade policy towards China.

Careful balance will be required in how the reciprocity tool is wielded. European governments still differ over how much of such reciprocity is appropriate: northern liberal states fear it will be used as out-an-out protectionism.  Many Chinese analysts suggest that it is the spectre that now most sours that relationship with Europe. Firm pressure is undoubtedly justified to entice China towards a fuller adherence to the spirit of WTO rules. Arbitrary discrimination against European firms is a justifiable gripe. But a heavy-handed use of reciprocity could provoke a counterproductive backlash from China.

There is much in terms of recent commercial gain that could be lost if tit-for-tat restrictive measures ensue. European exports to China have increased healthily during the crisis and the EU’s trade deficit with China has narrowed by just under 10 per cent. German exports to China have doubled since 2007. For all the problems over access, the EU still invests five times more in China than vice versa.

The notion of reciprocity has been raised by some governments as palliative to the crisis-magnified fears of domestic constituencies. Turning it from a populist slogan to the operational logic of commercial policy with China will be fraught with difficulties.  It is well-known that the leverage gained by withholding market economy status to China is diminishing in the run up to this being granted automatically in 2016. A properly strategic view would focus on increasing the overall level of commercial openness between the EU and China and not merely seek to even out short-term variations in respective levels of market restrictions.

The second test is that of human rights. Not widely noticed, earlier this year the EU agreed a new action plan for re-energising its commitment to human rights. This is an admirably concrete document, with well thought through out ideas and commitments. The new human rights special representative adds political weight, ostensibly to ensure the implementation of the 36-point plan.

The shift in global power clearly renders an effective EU human rights policy in China extremely difficult - some would say entirely fanciful and even inappropriate. Yet a new EU human rights strategy that bypasses China entirely would be little to celebrate. The risk intensifies of European policies towards China being conceived as fundamentally different from those towards other powers. However important China, the kind of Sino-exceptionalism that is now implicitly advocated by many observers would augur ill for the EU’s interest in advancing consistent global rules and standards.

The challenge is to find a more productive way to contribute positively to modest improvements in human rights. The ritual stand-offs over the question of who meets the Dalai Lama must give way to a more sophisticated approach that nests human rights improvements within China’s socio-economic evolution. ‘Raising Tibet’ in behind-doors dialogue does not in itself constitute a human rights policy. It hardly needs belabouring that China is not now to be ‘lectured’ to. But less ambivalent diplomatic backing for cooperation on rule of law standards, economic governance frameworks and rights-oriented capacity-building can be useful, and not overtly or immediately threatening to the upper echelons of the Chinese power structure. The gravest deception of EU policies in recent years is not the commonly remarked downgrading of human rights issues in formal summit communiqués, but the insipidness with which the EU has diluted such bottom-up initiatives. The summit this week could start to give indications of how the people-to-people forum set up in February this year can be mobilised to assist human rights defenders.

The third test relates to the EU’s strategic role more broadly in Asia. In July, Catherine Ashton and Hilary Clinton signed a memorandum paving the way to US-EU coordination on Asian security. The Chinese reception was frosty. The EU must now determine how it will seek to advance such involvement in Asia’s complex geopolitics. It remains unclear what kind of political role the EU is willing or able to play in relation to Asian security. The EU high representative has held three strategic dialogues with China, more effectively than in the past linking together economic and political concerns. But Chinese officials stress that they still seek clarity on the EU’s strategic perspective.

The EU has been mapping its response to the US Asian pivot. It is right to eschew any reorientation that smacks of the out-dated notion of ‘containing China’. This leaves the EU a thin line to tread, working with the US without being fully associated with the strategic premises of the pivot. Some very subtle and deft geo-strategy will be required to strike the right balance. The EU must not kowtow to China and shirk the genuine concerns of other states in the region, but nor should it introduce unnecessarily conflictual dynamics into the relationship with Beijing.

Clearly, the EU must not oversell its political potential in Asia. Many sceptical analysts have rubbished European governments’ pretensions to a security presence. But abnegating entirely on a second order, soft security role would hardly represent a sensible calculation of long-term interests. Deeper engagement is urgently required with China on the sustainability agenda, global governance and the architecture of international decision making. As the EU prepares for an epoch-turning summit with China’s outgoing leaders, the three tests of long-term planning on security, political reform and trade rules are still to be met.