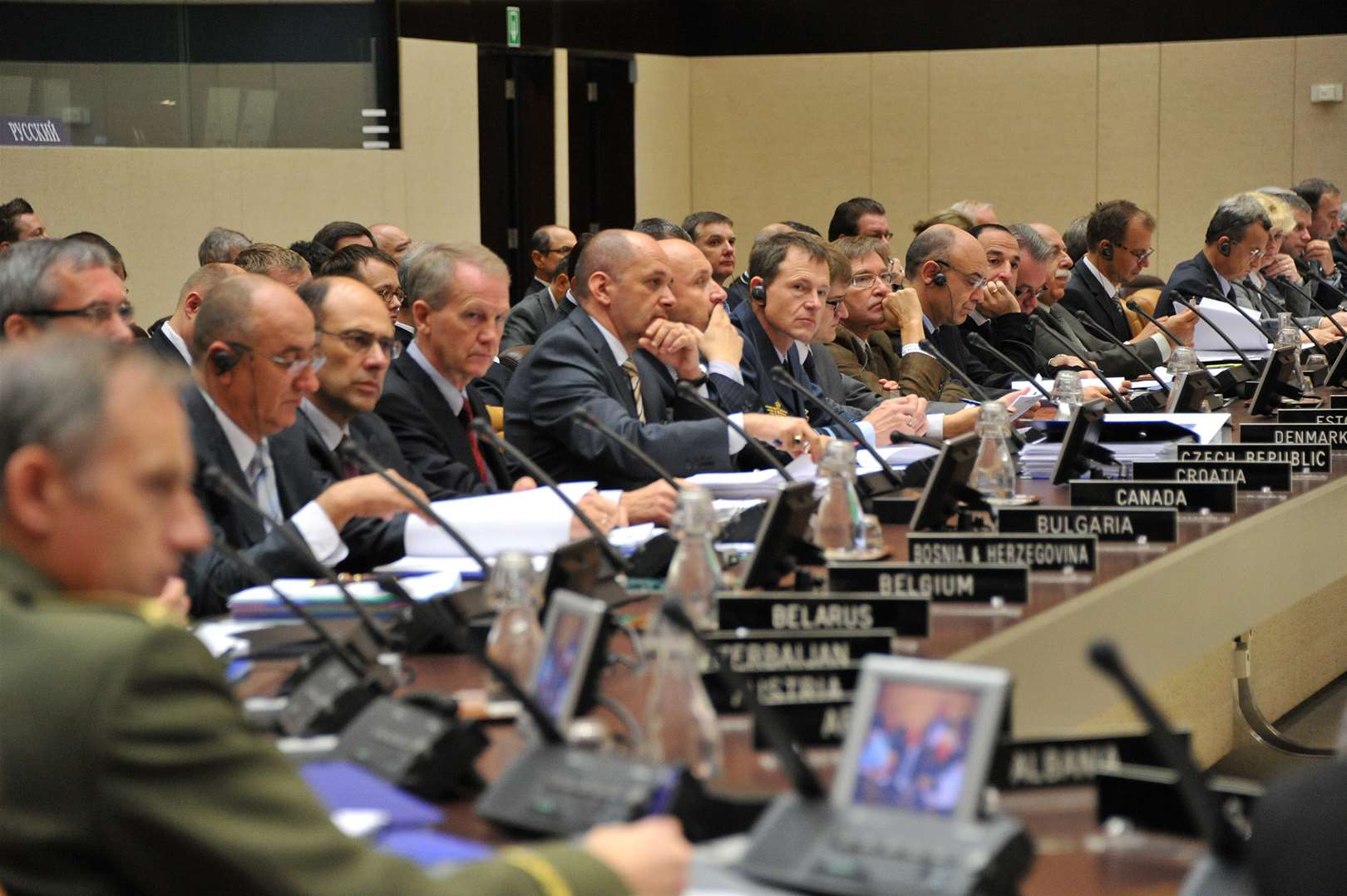 The West is at a major crossroads. While security threats to both Europe and North America persist, defence budgets on both sides of the Atlantic are currently being sharply downsized in the midst of the global economic slowdown. As a result, transatlantic security, in the words of the former US Defence Secretary Robert Gates, faces “a dim, if not dismal, future”.

Unless an omnibus policy solution can be found, the next decade will feature a diminished transatlantic capability for dealing with new security threats. Within a few short years the conventional capabilities of European armed forces will be at their nadir, which combined with U.S. downsizing will result in a serious reduction in Western security. The EU and Greece may be in a debt trap but the US and Europe are entering a joint security trap, a kind of prisoner’s dilemma in which both are being forced not to cooperate by degrading their own defense spending.

If the Arab Spring were to take a major turn for the worse, with Al Qaeda getting a secure foothold in North Africa and beginning to train and operate, on its present course Europe would lack the ability to robustly respond to this threat on its own. But with the US pulling back from Europe, the latter may be in the lurch with the former no longer willing or able to deal with threats in Europe’s back yard.

Fortunately, leaders on both sides of the Atlantic are beginning to appreciate the urgency of this problem. At their annual EU-US summit in Washington last month, which was dominated by the economic and financial crisis, EU leaders and Obama administration officials also took time discussing pressing foreign policy concerns such as the Arab Spring and the need for enhanced EU-NATO collaboration on conflict prevention and crisis response.

But much more is needed, and fast. The recent Libya NATO operation serves to remind us that EU-NATO cooperation, both in Brussels and in the field, is still lagging behind, for while the EU lacks what it takes to handle security severe security threats on its own, NATO lacks civilian capabilities.

While the European contribution to the Libya operation was decisive for the first time in the alliance’s history, under conditions of severe economic austerity, it is not clear whether European governments are capable of following up. Even France and Britain found it difficult to sustain their activities in Libya beyond a couple of weeks without having to draw on extensive American support.

The pressing austerity on both sides of the Atlantic means that the transatlantic partners will have to do more with less during future operations – and this in an era where security threats are becoming increasingly common and complex. It is essential therefore that the EU and the U.S. quickly move forward on a plan to strengthen the EU-NATO strategic partnership ahead of the NATO summit in Chicago in May 2012.

In effect, it all comes down to this: Europe needs a military capability of its own. Plans for achieving this must go beyond buzzwords like “smart defence,” “transformation,” and “centres of excellence.” If anything, a conjoined European set of fighting forces needs total defence transformation – something far more radical than what has thus far been discussed as the way forward.

In short, the answer to Europe’s defence conundrum lies in pooling capabilities and engaging in force specialisation to a degree not previously contemplated. Mere collaboration or small scale pooling are positive but far short of what is needed to turn around the inability of separate but cooperative European forces to be sufficiently expeditionary and effective.

Don’t go Dutch, should be Europe’s mantra. Any cutting of existing capabilities needs to be fully coordinated and underpinned by a commonly agreed strategy that is rapidly turned into a plan with full political will for implementation. The Netherlands recently announced plans to eliminate the whole of its armoured capability and did so—to quote a Dutch official—“in splendid isolation” without consulting partners in either the EU or NATO (although they did apparently consult the Belgians in other pooling areas such as their navy).

NATO and EU contributions to this strategic plan will be crucial, starting with an expansion of what the overlapping alliances already jointly work on. Officials in the NATO-EU Capability Group will be crucial for formulating strategic plan details. The EU’s European Defense Agency (EDA), NATO’s Allied Command Transformation (ACT) and the NATO Maintenance and Supply Agency (NAMSA) already work on several key joint projects that need to be expanded, starting with procurement cooperation as part of an omnibus plan to bring together member states in one unified procurement initiative.

To enhance NATO-EU operational collaboration, the Berlin Plus agreement needs to be updated allowing European crisis stabilization personnel (military and civilian) to be called into action by either NATO or the EU as part of an overall comprehensive approach. Moreover, the EU should aim for a complete overhaul of the Battlegroup concept as the core of a wider strategy.

No Battlegroup has seen action in a live operation and many are insufficiently trained and actually battle ready. In order to get over the high bar in terms of what is required for Europeans to come out with a stronger fighting force after widespread cuts, the Battlegroups should be cut down to a single conjoined force. This would constitute the core of the Europe’s new fully expeditionary and battle ready force structure.

The EU is already a conflict stabilisation superpower, a development aid superpower, even a humanitarian relief superpower (it also happens to be a trade superpower, saying nothing of the current euro crisis). But it is a far cry from a military superpower. And it does not necessarily need to be one, so long as it constructs a modest yet fully expeditionary fighting force consistent with its security interests.

This new Battlegroup could also be linked to NATO’s Response Force (NRF), which will help ensure their training and readiness. Additionally, the NATO School in Oberammergau could easily become the site of permanent joint EU-NATO-National military training. Finally, closer interaction between the respective Situation Centres is essential in an effort to further enhance early warning capacity and situational awareness for the two organizations.

In summary, the status quo is a shambles and both sides of the Atlantic are doing little more than muddling through, hoping the other partner can somehow cut less. Nonetheless, this is precisely what may allow Europe to pull a rabbit from the hat—i.e. achieve what practically speaking does not seem possible. European partners can cut and then combine what remains.

In fact, the absurdity of the combined European set of forces at well over two million soldiers yet only able to fight at a fraction of what a smaller number of American forces can muster may in fact be a blessing in disguise. Thus the glaring inefficiencies that account for this disparity are key to finding a game-changing solution to the West’s joint security trap. The smart defence concept is one step in the right direction, but is insufficient. What is desperately needed is total defence transformation.