The welfare state cannot keep up with globalisation

Free trade has become a target of criticism, from the left as well as the right. For many, trade is a culprit for the increasing inequality of many countries, for increased precariousness of their jobs or for an undermining of social and environmental standards. Trump’s election and Britain’s decision to withdraw from the European Union are just the most obvious manifestations of this trend.

The most recent trade agreement of the EU, CETA, was met with a lot of criticism and the TTIP negotiations were accompanied with a great degree of scepticism in many EU countries, above all Germany and Austria. There are many reasons for the growing scepticism about trade – but a recurrent explanation is that those who lose from trade are not sufficiently accompanied. While a large body of research confirms that trade has positive overall welfare effects – more winners than losers – the widening gap between the two groups has not received enough attention.

Why should globalisation and the welfare state go hand in hand? Essentially, two arguments can be made in favour of this argument:

While there is little doubt about a positive net effect of trade, trade can induce substantial social problems at the micro-level. These problems are ideally addressed by the welfare state. Therefore, the social consensus of an economy opening up to trade and integrating into the world economy depends on the presence of an insurance mechanism.

So, are globalisation and welfare state evolving together? The short answer is: They used to, but they are not anymore. The story can best be told in a few charts. The first one dates from 1978 – when Cameron found the clear and strongly positive correlation between the openness of an economic (exports + imports divided by GDP) and a proxy for the size of the welfare state. 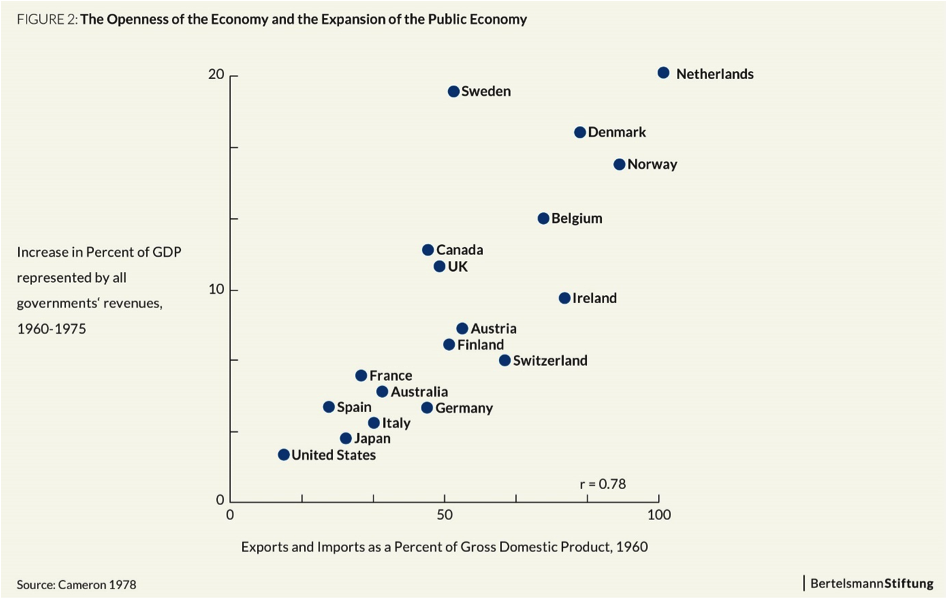 A similar exercise was repeated by Rodrik about 20 years later, in 1998. As you can see, the correlation is now a bit weaker – but it is still positive. 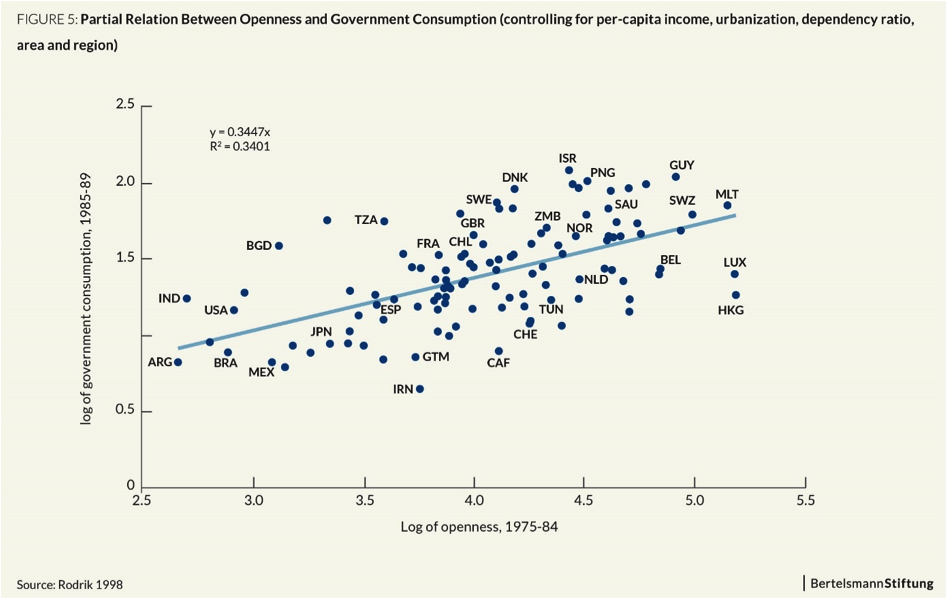 What does the correlation look like now, against roughly 20 years later? That is the contribution of the latest GED focus paper. The result is – the correlation almost disappeared, there is just a tiny positive relationship to be found in the data. 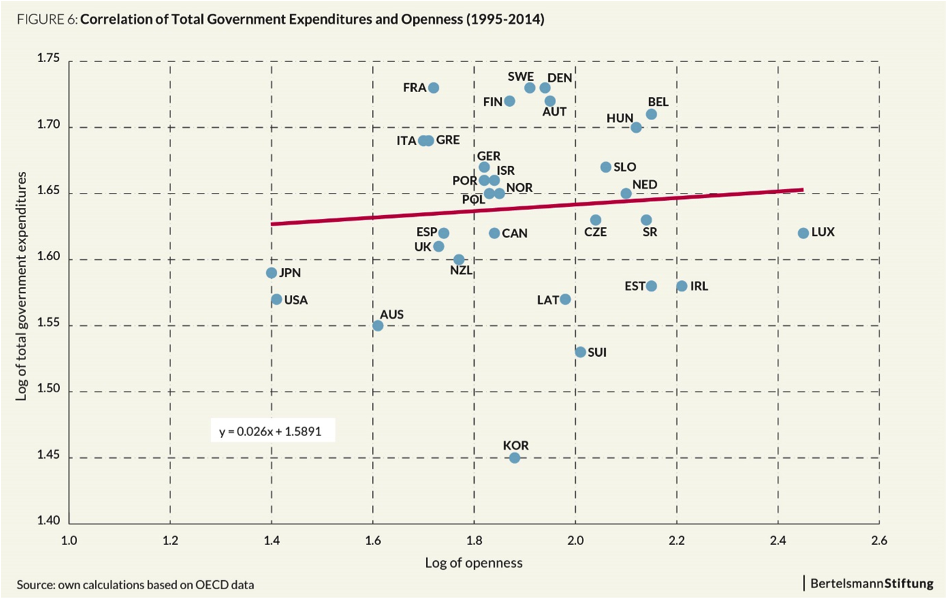 A word of caution is necessary: The different authors used different proxies for the welfare state and different measures for the variables involved. Nevertheless, the trend is clear: While trade continues to intensify – and with it the sectoral specialisation effects – the welfare state is stagnating. This might explain some of the rising discontent with globalisation and free trade. The answer would however not be less trade but a more effective welfare state, helping to spread the benefits of trade more evenly and fairly.

The focus paper discussed in this article is available here: https://www.bertelsmann-stiftung.de/fileadmin/files/BSt/Publikationen/GrauePublikationen/NW_Globalisation_and_the_Welfare_State.pdf