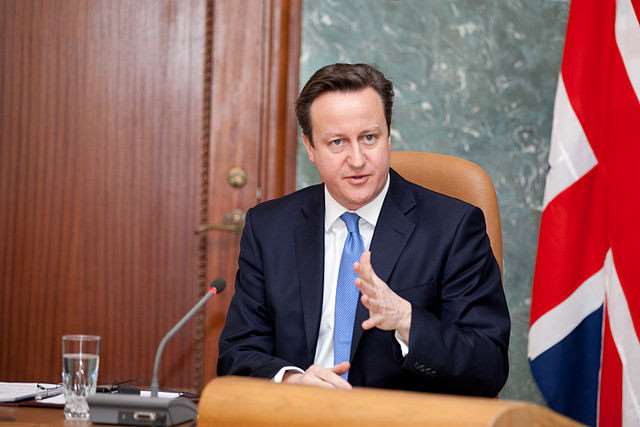 It has become the common preface to any commentary on the UK’s upcoming general election that the rise of protest parties makes this the most difficult election to predict in decades. Unfortunately in our line of work – forecasting political risk for a variety of market participants – we have had to call this election, and early. Although it will be close, we think a return of the governing coalition is the most likely scenario.

Armed with spin-friendly economic figures, a firm EU referendum pledge and somewhat concrete proposals on immigration, the Conservative Party is likely to win the most seats, though at least ten fewer than 2010, leaving them just over 30 seats short of a 326 majority. That gap is crucial as the Conservatives’ only viable coalition partners, the Liberal Democrats, are expected to fall from their current 56 to about 30 seats. This will allow the Lib Dems to afford the Conservatives a working majority. But it will be the result in just a handful of constituencies that determines whether a renewal of the current coalition is in fact possible.

What about Labour? Despite competitive polls, we think it unlikely they finish first, let alone achieve a majority. Labour’s two biggest weaknesses are its leadership, and policy platform. The party’s central economic narrative -- a cost of living crisis -- will ring more hollow as the UK’s broad based economic recovery becomes more entrenched. Polls are also probably underestimating the Tory vote, as it is famously difficult to pick up the so-called “Small C” or “Shy Tory” vote in UK elections, especially when the Conservatives are part of the incumbent government.

If the current coalition is returned to power, there is much greater certainty the staunchly pro-European Lib Dems will support Prime Minister David Cameron’s EU referendum pledge. Financially and electorally bankrupt, the Lib Dems will frankly do anything to remain in power. They hope another five years will give them the chance to “correct” the damage done to their popularity by concentrating on a few specific policies and restraining the Tories’ most violent cuts by holding on to a position of influence at the Treasury. Their calculation is that their European credentials and contacts could even facilitate a smoother renegotiation of the balance of powers with Brussels and that they could benefit electorally from being identified with a successful campaign to stay in.

There may be some merit to the Lib Dems’ optimism, as the outlook for the government’s renegotiation of powers has indeed improved. A compromise on immigration, by far the most contentious issue for British voters, is emerging. Cameron’s pledge to limit migrants’ access to welfare payments will not undermine the EU’s fundamental principle of free movement of persons and falls within the boundaries of what EU partners will consider negotiable. If approved, the proposal will help to convince a portion of the electorate to vote to stay in the EU.

But this is a very risky strategy. The debate on the UK’s EU membership is firmly in the hands of the eurosceptics. While polls suggest more Britons support membership than an exit (45% as opposed to 37%), the undecided are more attune to the arguments of the United Kingdom Independence Party than any status-quo advocates.

Moreover, the renegotiation will be extremely confusing for business leaders. As the government presents small changes as big breakthroughs and eurosceptic lawmakers denounce these, it will seem as if the referendum could go either way. As with the recent Scottish referendum, polls are likely to tighten and even flip in the final days prior to the vote, and businesses cannot -- and should not -- rule out an exit scenario. Our central forecast for this election means British politics is likely to have a negative effect on the UK’s macro business environment over the next two years. Problematically, this fact will be regardless of the eventual outcome of the UK’s EU referendum.