The UK and its cases against the European Central Bank 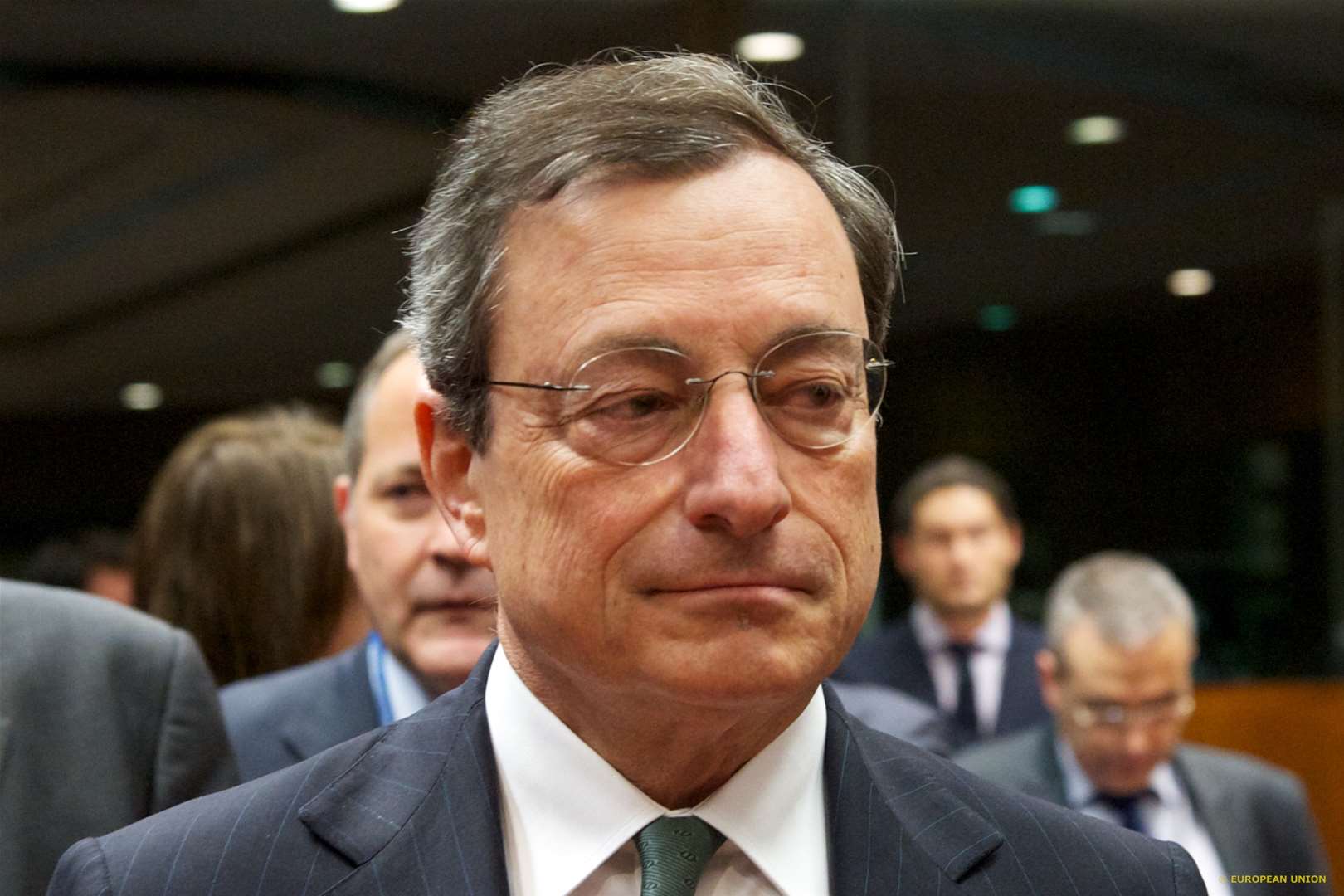 The Lehman crisis of 2008 persuaded the Heads of the G20 Governments to jerk their knees in unison and require that, as far as possible, all derivatives would be cleared through Central Counter-Parties (CCPs). The aim was that risks flowing from the failure of a major bank could no longer cascade through the whole financial system because of the “inter-connectedness” created by derivatives. The natural result of this policy is that huge risks are now concentrated into these CCPs – potentially making them the nuclear power station of the financial system: brilliant in success, catastrophic in failure.

Legislation was enacted and is now largely in operation – for the EU, in the form of the European Market Infrastructure Regulation (EMIR). In particular, EMIR put the CPSS-IOSCO “Principles for financial market infrastructures” (PFMIs) into EU law – with full UK participation and agreement. (Link to relevant extracts)

The European Central Bank was created by the Maastricht Treaty to run the euro and was given specific responsibility for the “smooth operation of payment systems” (TFEU Article 127 (2)). Securities and derivatives transactions are by far the dominant flow of value through payments systems such as the ECB’s TARGET2 system. Hence the ECB has a natural interest in the functioning of CCPs that are handling euro-denominated transactions. Europe’s biggest CCP `nuke’ has its home in the United Kingdom – LCH.Clearnet (which is now majority owned by the London Stock Exchange Group).

For two decades or more, global financial regulators have been trying to boost the safety of payments systems. A decade ago, they moved to the next phase and published the first recommendations for the safety of CCPs. The latest comprehensive set of recommendations was published in April 2012 by CPSS-IOSCO “Principles for financial market infrastructures” (PFMIs). These were designed to remove any of the regulatory `underlaps’ exposed by the crisis. The working group’s membership included both Bank of England and FSA. Amongst the principles enunciated, a CCP should “manage its liquidity risk” and “should conduct its money settlements in central bank money where practical and available.” Responsibility B requires that “Central banks, market regulators… should have the powers and resources to carry out effectively their responsibilities in regulating, supervising, and overseeing [CCPs]…including the ability to obtain timely information and to induce change or enforce corrective action.”

In July 2011, the ECB stated that “it is clear that the Eurosystem has a keen interest in ensuring the proper functioning of clearing and settlement systems across the euro area. This stems from the importance of clearing and settlement systems for the smooth conduct of monetary policy, from their close links to payment systems and from their relevance for the stability of financial systems in general”. The issue at the ECJ is: should the ECB be allowed to require that LCH move its euro activities into a eurozone jurisdiction on the mainland? The ECB argues that only then can it oversee these activities and understand exactly what is happening if, say, LCH should unfortunately need emergency euro-denominated liquidity during a future crisis.

Reading the globally-accepted CPSS-IOSCO Principles (Committee on Payment and Settlement Systems (CPSS) - International Organization of Securities Commissions (IOSCO), it is easy to see why the ECB would argue that, as a direct consequence of the Principles, such crucial parts of the Eurozone’s financial infrastructure should be within the Eurozone’s own jurisdiction. Indeed, now that the Bank Recovery and Resolution Directive (BRRD) is in force, it could be argued that such infrastructure should take the form of a bank directly supervised by the ECB.

The scale of the sums involved is almost incomprehensibly large. To select the most eye-catching numbers: according to LCH’s annual report for 2013, it cleared various derivative contracts and foreign exchange with a `notional/face amount’ value of $1,569 TRILLION. That was precisely 100 times the Eurozone’s entire economic output that year, or nearly 500 times the UK’s output. Its total liabilities were equivalent to about 20% of UK output. All this activity is supported by a capital base of €0.8 billion, buttressed by a default fund of €7 billion and commitments from its clearing members to provide about twice that if needed, as well as tightly–controlled collateral. LCH is at the heart of settling euro-denominated securities trading in the City of London.

If LCH were to move to the eurozone, how much of London’s euro-denominated trading would wish (or need) to follow? How much of the City’s £61 billion foreign earnings would be affected – correspondingly swelling the UK’s existing £74 billion current account deficit? At 4.5% of GDP in the last 12 months, this is the largest deficit in the EU, and second only to South Africa amongst the G20 nations. So this Court case does matter to the UK – enormously.

The UK Government action against the ECB

The UK Government has launched three separate actions against the ECB requesting the annulment of the relevant parts of: the Eurosystem Oversight Policy Framework of July 2011; its Statement of Standards of 18 November 2011 and its Decision of 11 December 2012 amending the terms and conditions of TARGET2. Its Pleadings are similar in all three actions (Link to relevant extracts). Part of the UK case is the procedural point that the decision should have been made as a formal legal Act of the ECB – or even a Directive of the Council and Parliament. If the ECJ were to agree, then such an error could be rectified rapidly. The extracts below are the core of the UK’s economic case, and underline why it would make bleak reading in the City if the cases fail.

The key commercial problem for CCPs in the UK is that absence of any entitlement to access euro liquidity facilities from the ECB/ESCB as their customers might be very nervous about a liquidity crisis in turbulent times. This is a practical matter that is quite separate from the regulatory oversight issue flowing from the PFMIs. In principle, the Bank of England could provide euro liquidity but as it does not have the power to print euros, it would have to liquidate the UK’s foreign reserves, or borrow from the ECB itself.  The ECB reported in October 2013 that it had set up the legal aspects for a swap network that included the Bank of England. However, it seems that the size and conditionality would be agreed at the time of any request for activation.

Activation on the scale that could easily flow from a major CCP problem could pose many technical problems – but certainly also political. If heavy losses were at all likely, the ECB’s paid-in capital to meet such losses is only €7.6 billion so it might have to call for fresh capital from ESCB members very quickly. The members – or the governments that own them – might raise questions about the wisdom of massive loans (with what collateral – the UK’s foreign reserves?) to a foreign central bank/regulator which had self-evidently failed in its supervision – perhaps even after substantial behind-the-scenes prodding. Could anyone be sure about the size of the black hole to be filled as the giant `nuke’ exploded? Or how quickly the loan would be repaid? After all, RBS’s losses now match the entire £46 billion bailout since 2008.

If the home state of this central bank had left the EU and gone `off-shore’ partly to adopt a lighter touch on financial regulation, then it would be an entirely different world. It is difficult to imagine the sovereignty implications of an ECB regulatory oversight arrangement that would justify the eurozone running up major risks to bail out such a state. The cost for the UK of not having joined the euro may now be creeping over the horizon.