The Syria stalemate and the international community 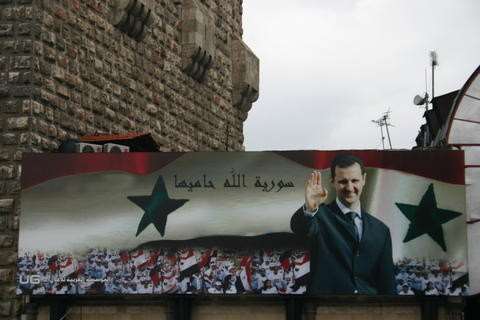 In March 2011, pro-democracy protesters inspired by the Arab Spring began challenging Bashar Al-Assad’s grip on power in Daraa and other Syrian cities. Nearly three years later, the situation has degenerated into a protracted, complex and devastating conflict which was dubbed the worst humanitarian disaster since the end of the cold war by the United Nations. The fighting has claimed at least 100.000 lives and led to the displacement of a third of the Syrian population, with both sides now locked in a military impasse. Together with the renewal of the dialogue with Iran, the first Geneva conference in September 2013 created hopes that a negotiated settlement could bring an end to this civil war, relieving the 250.000 people currently trapped in towns under siege and the two million refugees in neighboring countries.

As Bashar Al-Assad himself recognized during a recent interview on US television in a thinly veiled threat: “it’s not only about Syria; it’s one wider, interlinked region”. The outcome of the Geneva process will have far-reaching consequences for the Middle East: a successful conclusion could cement the rapprochement with Iran and start a positive regional dynamic, boosting John Kerry’s efforts to revive the Israeli-Palestinian peace negotiations. Conversely, a failure of the Geneva process could ruin the current momentum, prompting a return to the diplomatic status quo ante with serious risks of spill-over from the Syrian conflict to Lebanon, Iraq, Israel and Jordan.

The fragmentation of the fighting camps into a multiplicity of armed groups is arguably the biggest roadblock for a negotiated agreement on Syria. The opposition is increasingly divided between the moderate Free Syrian Army, Al-Qaeda affiliates and other Islamic groups loosely grouped in the Islamic Front. Similarly, the Syrian Armed Forces and 17 intelligence agencies fight alongside a number of sub-national militias and several foreign armed groups such as Hezbollah and the Iranian Quds paramilitary force.

The protracted conflict has led these armed groups to rely on extortion and other criminal activities for their subsistence, becoming increasingly independent and self-sustaining. It is difficult to obtain reliable information on this war economy, yet according to recent accounts, some military leaders draw significant financial benefit from the situation on the ground by smuggling goods into besieged settlements or appropriating humanitarian aid intended for civilians. Such groups will have little incentive to put down their weapons to work towards a resolution of the conflict.

In this context, the recent debates around the Geneva-2 conference do not bode well for its success. Arguments about pre-conditions for the participation of Iran are not helpful: the Islamic Republic should be invited to the negotiations table on par with other foreign nations, while every effort should be made to ensure representation from the Syrian National Council and other opposition groups. Due to the profound division of the forces on both sides, the Geneva process will only have a shot at success if it includes all relevant stakeholders, be they internal or external.

Taken as a group, countries with significant influence in the region such as Turkey, Iran, the Gulf monarchies, the European Union, Russia or the United States have the ability to sustain dialogue with most if not all Syrian factions. Diplomats have pledged that “decisions concerning the future of Syria must be made by Syrians themselves, by mutual consent and without external pressure”. Yet, it is hard to imagine any solution that does not actively involve these external powers to craft a transition roadmap, encourage compliance by the factions on the ground and guarantee the credibility of reconciliation efforts and amnesty programs.

UN Special Envoy Lakhdar Brahimi and others in diplomatic circles have insisted that the Geneva-2 conference is merely the beginning of a process which could last months or even years. Time, however, is a luxury that nine million civilians at risk and two million refugees cannot afford. It is not the time for diplomatic calculations; all countries wielding influence with armed groups in Syria should have a seat at the table of negotiations.

The author is writing in a personal capacity