The saga of Brexit 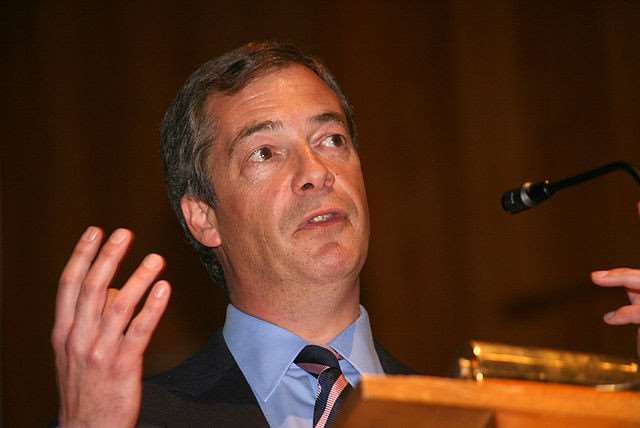 Just recently, I found myself watching one of the Lord of the Ring movies with my son: actually, it was just one DVD-worth of one of the movies, since we have the very extended version that I bought some years ago in a moment of boredom. For hours we sat there, looking at the endless illusion of action, the empty rhetoric and the portentous glowering, and by the time the DVD got to “please insert next disk” we were almost catatonic with the stupor it had induced. What had been a thrilling rip-roaring ride when seen first-hand in the cinema now looked rather sad and deluded by its own grandeur.

Naturally, all of this put me in mind of the current Brexit debate that swirls around us.

Up close, it feels very important and existential; a grand battle to decide our future path(s); the standards flying above the protagonists’ heads; the supporters called from far and wide, while others try to work their magical influence, overtly and covertly.

From a distance, it resembles a meeting of the Sealed Knot that has got a bit out of hand. A bit of shoving and pushing, then all back home in time for tea.

If this sounds like frustration, then it largely is.

The basic fallacy that most involved in the Brexit debate have fallen for is the notion that the future is mapped out for us.

On the one hand, many of those who support the UK leaving the EU have cleaved to the old construct of the nation-builders that the nation (and, by extension, the state) is the natural unit of political order. European integration might be fine if it helps nations/states to achieve their goals, but ultimately it cannot replace them. Any move in that direction must necessarily produce a reaction or correction that moves us back to the status quo ante.

On the other, many of those who support UK membership see in the European Union a new model of political organisation that presages the emergence of international or global structures, where states are necessarily bound into a mesh of commitments. In this model, resistance is futile (to quote a film I don’t own on DVD) since even outside the UK will have to find a modus vivendi with the Union and so it should just get with the programme.

Neither of these world-views satisfies, not least because they remove much of the agency that we might have. To concede the future is to concede the present and I’m not yet enough of a fatalist to give that up.

Yes, how things are will shape how things will be, but this does not mean we cannot change our futures. The learned helplessness of little Englanders and federalists – to use some very unfair characterisations – represents a failure of imagination.

As such, my frustration is spread all around. For the critics of membership, I can see some merit in their critiques of the present arrangements, but almost none in their proposed solutions. Either they see a world that no longer exists or they make unrealistic claims about what can be achieved. In particular, there is a paradox at the heart of much euroscepticism in the UK. At present, Britain is weak and enfeebled by membership, forced to do what others tell it to do. But Brexit would produce a strong Britain, free to make its own choices and able to get its own way. How this comes about by leaving a large political & economic block where the UK has an institutionalised voice and vote – not to mention a clear legal order that ensures the compliance of others – into the quasi-anarchy of the international system, is something that has never been clear to me. Yes, one might be able to secure a free trade agreement with China more quickly alone, but would the terms be better than an equivalent EU deal?

But there is also frustration with those who support UK membership. Many of them remain silent, waiting (I assume) for the moment when they have to come out, as might happen if the Tories win the 2015 general election and we roll towards a referendum. Of those few that do speak up, there is still a strong tendency to characterise their opponents as fools, with nothing useful to say. “If only we can teach people about the EU, then they will see how great it is” runs the refrain, simultaneously communicating the idea that people are stupid and that ‘we’ are right. It is hardly surprising that many look at this and see a remote technocracy that understands little and cares less.

Much of this comes down to trust, or rather its lack. Across the world, people trust their political systems and the politicians in them less and less. This is not the place to rehearse the reasons, but merely to note that the EU has suffered in particular because of its nature as a hybrid system, neither one thing nor another. Indeed, one could argue that all the efforts to raise the Union’s profile and to educate people about its value have merely worsened the situation further: people have heard of it, but don’t really know very much and no one seems to be trying to explain it to them.

Again, this is not inevitable or irreversible, but to change it will require much concerted action.

There are voices out there that do try to build a constructive debate that doesn’t presuppose an answer but instead focuses on the value of the process.  People are entitled to their opinions, whether we agree with them or not: likewise, we are entitled to try to convince others of the value of our opinions, whatever they might be. That might not always hold true (if those views contest the nature of the democratic system), but it’s a good starting point. Not “I’m right, you’re wrong”, but “we disagree, let’s talk.”

At a time when even key political figures cannot seem to understand how the EU works – for example, what constitutes a fundamental element of the Union’s system – perhaps we need to start looking for other ways to have that discussion.

And that’s not just a British thing, it’s a European one. The problems that the UK faces are not really British ones, but rather structural ones that emerge from the evolving nature of European integration. Indeed, we might argue that such a debate might forestall getting tangled up in the difficulties and perils with which the British debate is now fraught.

Perhaps that way we might all be able to sit down and watch a DVD of it all and wonder how we ever let ourselves get so caught up it in all.