The power of language

Ideas matter in politics and public policy. Sometimes, however, language matters more. To see this, you only need to think about the distinction between the idea you have in your head and the interpretation it gets when you try to explain it to someone else. Now get them to say it to someone else, and so on. The people who hear you first-hand can repeat what you have said almost verbatim and yet the meaning is distorted, if not immediately then quickly as it passes down the line. The simplest idea – simply expressed – is no match for the telephone game.  Hence the goal in political communication is to choose language that has predictable reverberations. The power lies not so much in the words themselves as in the underlying pattern they create through repetition. The message is coded in memes.

The examples of Mario Draghi and Donald Trump are useful to illustrate the distinction. I suspect that this is a unique comparison. One is a highly competent policymaker while the other is an improbable politician. In the jargon of comparative politics (borrowed from John Stuart Mill), Draghi and Trump are ‘most different’ cases. That means they have only one important thing in common while everything else that matters is not the same. The purpose of the comparison is to show the power of language. For all that distinguishes them, Draghi and Trump are both gifted communicators. If they share a power, it lies in their control of language.

Over the past four years, Draghi’s message has been one of reassurance. But that is not the only meme he has to offer. He also conveys a willingness to think out of the box, to innovate, to challenge convention, and to over-deliver. Time and again he has told market participants that he will do whatever it takes to accomplish his mandate. He has also told them that whatever he does will be sufficient. This message has been so clear and consistent that it is almost a mantra among market actors, few of whom are willing to bet against him. That confidence is part of the reason that Draghi has been so effective at containing Europe’s sovereign debt crisis. So long as Europe’s market participants bet in the direction Draghi indicates, Europe is safe.

This context is important to understand why the market reaction to Draghi’s press conference last Thursday was so dramatic. The problem was not the words Draghi used; it was the fact that the decision of the ECB’s Governing Council was inconsistent with Draghi’s predominant meme. It did not over-deliver; it met the minimum expectations of market participants. It did not challenge convention; it went as far as the Governing Council would go and no further. And it was not innovative; it was more of the same.

Of course there were elements of the old Draghi meme buried in the announcement. The idea that large scale asset purchases could continue until the ECB reaches its policy target rather than in accordance with a fixed calendar is significant; so too is the idea that the ECB will reinvest the principal of any assets that mature (and hence avoid a mechanical contraction of its balance sheet over time). But these elements were not central to the message; Draghi was unable to promote them effectively during the question and answer period of the press conference; and any effort by Draghi to insist that he lived up to the verbal commitments he made during the run-up to this December meeting are likely to prove ineffective. Parsing words is inconsistent with Draghi’s whatever-it-takes, can-do reputation. Now there is less reason to be confident that what he has done will be sufficient. 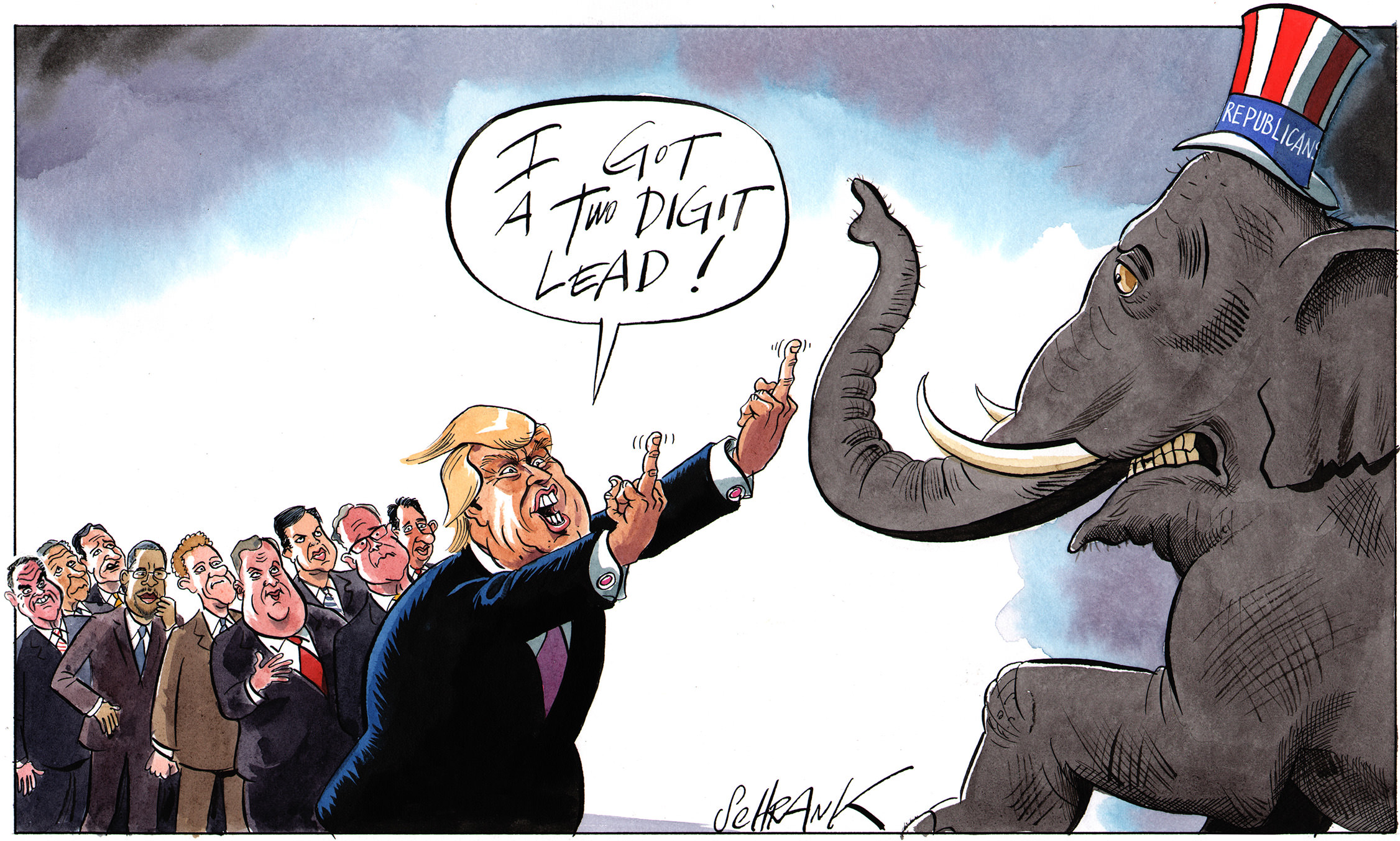 Trump has a much less positive message although he draws on many of the same patterns or characteristics. Trump is innovative and unconventional; he is an out-of-the-box thinker (no matter what we might say about what Trump thinks). Trump is also combative. He fights. This is what makes him so worrying to so many analysts. For this pattern of communication to work, someone else has to be on the other side of the conflict. It does not matter for the message who that someone else may be. Women, immigrants, refugees, and political opponents are equally fair game. Moreover, the goal of conflict is overwhelming victory. Dialogue, negotiation, compromise, and other forms of political discourse fall outside the pattern. He may throw them in as an occasional concession but they do not form part of the meme.

Trump’s communication is important insofar as it shapes collective action. This is where the power of language is self-evident. It is also where the comparison with Draghi is important. Draghi inspires confidence not because he wants to make market participants ‘feel better’ but because he wants to influence how they price assets in the markets. The more confidence he inspires, the more consistently and coherently market participants will invest their resources and the less market volatility we will have to experience. European sovereign debt prices are both high and stable as a consequence. If Draghi should fail to inspire confidence, then we should expect more market volatility.

The question to consider is what kind of behaviour Trump is inspiring with rhetoric that builds patterns around conflict – particularly conflict that is meant to be unconstrained by convention, irrespective as to the adversary, and aimed at total victory. The goal in asking such a question is not to be alarmist. Trump is not Lenin, Hitler, Mussolini, or Stalin. He is also not Joseph McCarthy, Barry Goldwater, or even Enoch Powell. To cast him in the company of such historical personalities says less about the man than about the conversation. Nevertheless the question is worth asking because it shows a healthy respect for the power of language. If Draghi can make a crisis go away with his patterns of communication, what reason do we have to believe that Trump could not do the same but in the opposite direction?