The new UK Commissioner is a savvy choice 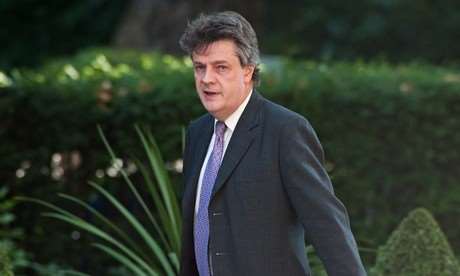 The new UK nominee for the European Commission, Lord Hill

Immediate and predictable was the cynical scorn emptied on Lord Hill as soon as his nomination as the UK’s European Commissioner was announced.

It is entirely true that many would have welcomed a big political figure such as William Hague to lead for Britain in Brussels but the Prime Minister decided on a different approach – one with an outstanding precedent. Lord Hill may be unknown but so was Lord Cockfield, possibly one of the most effective British Commissioners, whose appointment fell flat in the British press in December 1984.

The Times said: “Lord Cockfield, who is likely to be made a vice-president, will be in charge of the so-called “Internal Market”. This means doing what Mrs Margaret Thatcher has made the focus of attention since the budget problem was resolved: trying to break down the trade barriers inside the Community which have prevented it from becoming a real Common Market.”

Though Cameron may not feel the same way now about Juncker’s mandate, Margaret Thatcher had high hopes for the Delors Commission when it first came into office. Indeed, she had been supportive of it and had sent Arthur Cockfield to Brussels as a mark of her serious intent. Though utterly unknown at home, she had a high regard for the former tax accountant as somebody with a very precise mind who could bring progress to the Single Market and to the technical issues surrounding it. And indeed she was right. His White Paper setting out the steps to needed to create a true Single Market paved the way to the successful Single Market we know today.

The point is that it is right that Britain sends an operator who commands the total confidence of the Prime Minister to Brussels to work alongside Ivan Rogers, the ambassador, another superb European diplomat with a similarly close relationship with the PM. It is policies, not personalities that matter.

The European Council’s Strategic Agenda, agreed last month and endorsed yesterday by Juncker in his own Commission Agenda, sets out the core work programme for the EU for the next five years. Focused as it is around growing the EU economy, it is to be hoped that thirty years’ on from Lord Cockfield’s appointment, the Juncker Commission will entrust Lord Hill with a serious economics portfolio to finish the job Thatcher’s (sadly forgotten) man started.

It is encouraging that Lord Hill said he believed the UK should play ‘a leading role in the EU’. He is spot on when he says: ‘The European Union [must] spread growth and jobs across Europe. I believe that the UK’s interests are best served by playing a leading role in the EU, shaping the organisation as it changes to meet the challenges it now faces. In five years’ time, when the next European elections take place, I want to be able to say to people across Europe – including Britain – that the European Commission has heeded their concerns and changed the EU for the better.’

In the same way as Britain 30 years ago sent an unknown to Brussels who changed the EU, Lord Hill expresses the good intentions and has the ability to do the same thing. He certainly has the manifesto for change.