The Left can lead the fight for a fairer trade 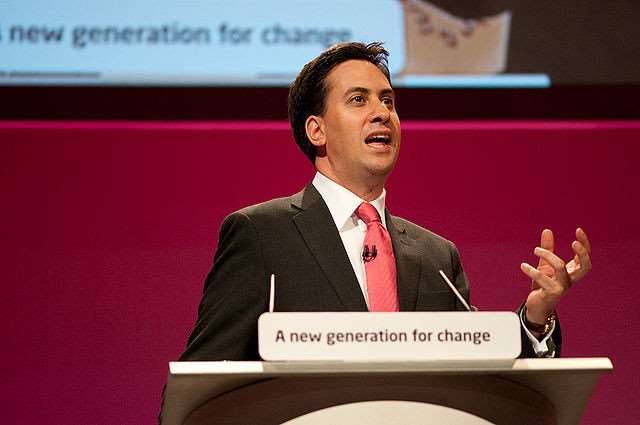 The campaign for a ‘no’ vote in the Scottish referendum shows politics can sometimes bring political foes to the same conclusion for very different reasons.

In few areas has this truth been more evident than in the history of international trade. The charge that those who are pro trade are all conservatives just doesn’t fit the facts. It was Clement Attlee’s great 1945 Labour government which made sure Britain was amongst the first countries to sign up to liberalising tariffs under the General Agreement on Trade and Tariffs – the forerunner of the WTO. And it was Franklin Roosevelt’s ‘new deal’ Democrats that overturned the protectionism and isolationism of hard-line Republican Herbert Hoover.

Recently the TUC’s annual congress in Liverpool passed a highly critical motion on what could be the biggest trade deal in history – the transatlantic trade and investment partnership or TTIP, between the EU and the US. Delegates were right to voice their concerns about the deal and right to say that this government has completely failed to stand up for British interests and public services.

But the centre-left shouldn’t give up on the idea that trade can be a force for good – taking on vested interests and bringing real gains to workers and consumers, not just business. The TUC’s own history points to this. In the 1930s they made it clear that tariffs are “… merely a disguised form of indirect taxation… we should be inclined to say that this is a protective device we should adopt with great reluctance.”

Every trade deal should be taken on its merits. Labour members of the European Parliament were right to reject an EU deal with Colombia and Peru in 2012 because of violations of workers’ rights, and to resist preferential new trade terms for Israel.

TTIP can be very different. First because it is being negotiated by economic equals so there is a greater chance for even-handed negotiations and a fair deal being struck. Secondly, because the countries round the table are those who already have broadly high consumer, labour and environmental standards leaving much less scope for ‘levelling down’. In areas such as food labelling and greenhouse gas emissions standards we would do well to level up to a par with the US. Thirdly, where there are differences in standards, we know there is strong, multi-national and cross-party support on the EU side for hard-won rights – for example, all 28 member states of the EU are signatories to the fundamental ILO conventions.

For these reasons that we should not lose sight of the gains a good deal could bring: more jobs, higher wages and lower prices. The best available evidence from the independent think tank the Centre for Economic and Policy Research found that once the deal the comes into force, Britain will benefit by at least £4bn a year, as our exporters are able to access new US markets. This will feed through into wage gains for both skilled an un-skilled workers, while the boost to demand could generate thousands of jobs.

In sectors like motor vehicles, textiles, chemicals and construction where actual or potential union membership is strong, there is the chance for the biggest gains. This is backed up by the in-depth sector meetings on TTIP I have been leading with business and unions where we’ve heard that in sectors such as vehicle manufacturing, where 80% of cars are sold overseas, we could see exports rise by a quarter.

In those areas where there is concern, there is also firm grounds for optimism because momentum is firmly with those of us who have been critical of parts of the proposed EU-US deal. On ISDS – the controversial system of investment arbitration – widespread and justified public outrage forced the European Commission to freeze discussion and rethink the issue with a public consultation. On the NHS, while the UK government has sat on its hands, my direct discussions with the EU’s chief negotiator have helped produce an EU promise to exempt the NHS including, as the chief negotiator says in a letter to me, that: “if a future UK government… were to reverse decisions taken under a previous government it would be entirely at liberty to do so”.

To secure a good EU-US deal for Britain, the campaign challenge is to ensure that these commitments are acted upon. We know that the Tories aren’t going to defend the boost to jobs and growth that TTIP can bring, while also sticking up for public services, workers’ and consumers’ rights. In the past spirit of Attlee if we want trade in the future that is fair as well as free, then it’s the left that will have to lead.