The impacts of EU Strategic Autonomy: How Member States should respond

EU governments should be much more sceptical about the EU’s strategic autonomy agenda and critical to new polices intended to achieve the “long-term” industrial and technological ambitions. Member State governments should ask themselves whether there are better policies to pursue than those currently offered by Brussels. The EU should not go on confrontational lines with like-minded partners and key principles of the international rules-based trading system. Any ambition for Strategic Autonomy critically relies on achieving a much more integrated continental market and policies guided by the principles of free trade, non-discrimination, and economic freedom.

Strategic autonomy is no longer just a political buzzword in the EU. A wide range of policy areas are now considered to be of strategic importance for Europe: state aid and public procurement, trade and competition policy, digital and data policies, and standards for the use of technology in the Member States.

It is difficult to come up with a clear-cut taxonomy of EU policies that are guided by the strategic autonomy paradigm. The term remains a political marketing instrument – a way of EU storytelling intended to renew trust in EU institutions and centralised policymaking. It emerged on the heels of Donald Trump‘s push for “America First“ policies and ambitions by China’s Communist Party to confront foreigners with new market access restrictions. 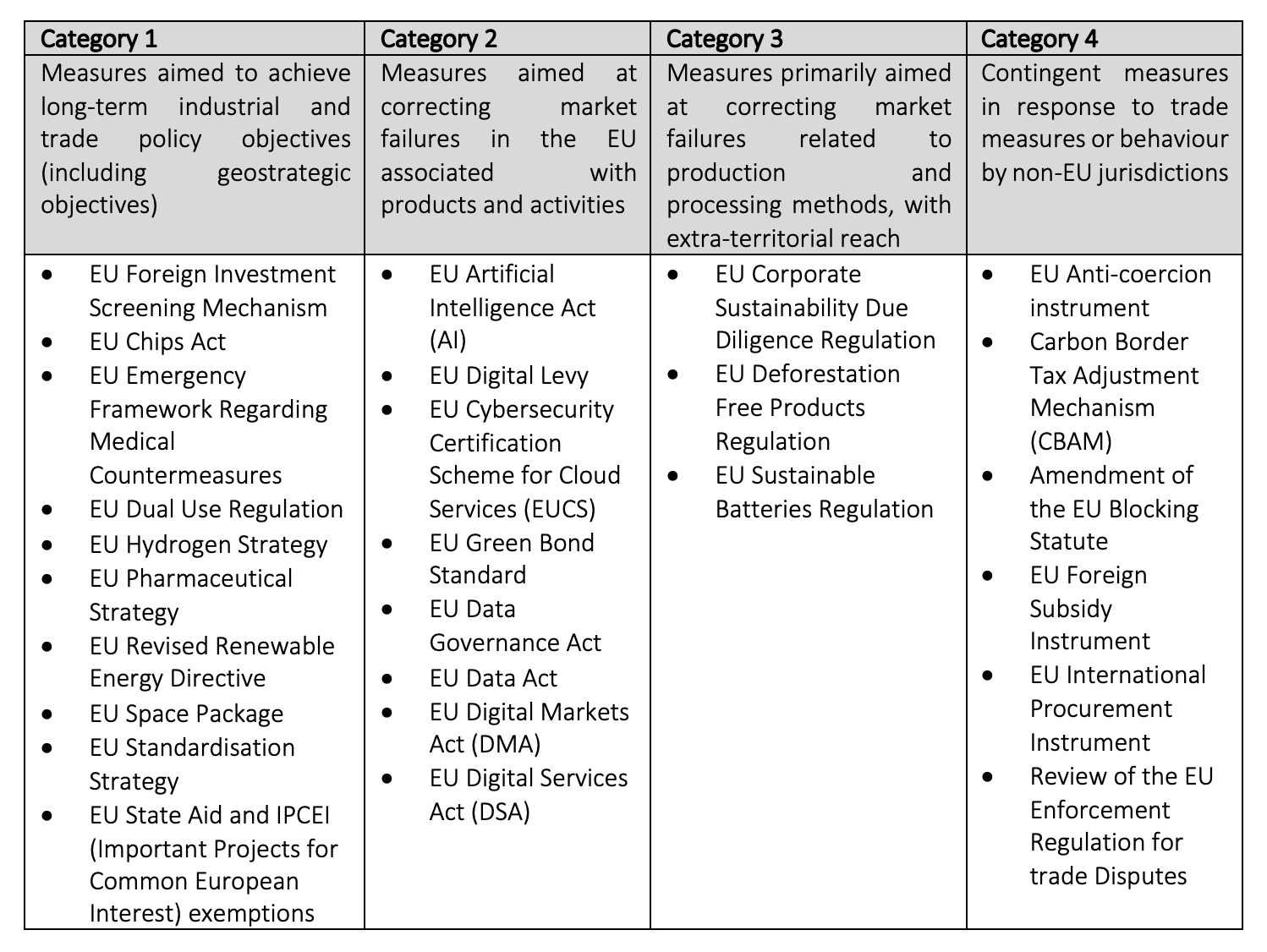 Many ambitions for EU autonomy are inherently guided by a “European Union First” impulse. It is manifested in the assumption that EU law-making is somehow superior to – at least different from – law-making in other parts in the world. This sense of superiority encompasses values underpinning policy choices in economic, trade and technology policymaking.

Estimates by Frontier Economics indicate that, if implemented, “these initiatives are likely to impose costs on EU imports and exports, which would reduce EU living standards”. Depending on the stringency of the measures involved and the degree of retaliation by EU trading partners that are confronted with EU trade measures, real income would fall by several billion euros annually, with the highest reduction in income and welfare being estimated for scenarios in which retaliation by partners kicks in. The negative effects on trade and economic activity result from the fact that the EU’s own measures depress extra-EU imports and exports, causing, for example, annual losses in total exports between some USD 30 billion and USD 65 billion.

In essence, the strategic autonomy acts as a tax on the EU’s global trade, which in turn could reduce EU national income by between USD 12 to USD 22 billion on an annual basis. Accounting for long-run effects on productivity, the impacts could be 3-5 times higher. Smaller EU-member states are generally worse off than larger ones. For example, the impacts on Ireland are close to 4 times bigger than they are for France, the impacts on Estonia close to twice those on Germany.

New and typically untested EU regulation, such as data flow restrictions, data sharing obligations and special taxes on digital services have significant knock-on effects on downstream sectors and small businesses. It is these impacts and their evolution over time that EU policymakers should be most concerned about from a “strategic” point of view.  However, policymakers often fail to account for policy impacts on trade and innovation in the EU, investment attractiveness, and the path of EU competitiveness over time. Indeed, the European Commission’s own policy impact assessments are often biased towards playing down adverse long-term impacts for EU economies and tend to conceal the costs for individual Member States.

A common assumption by the Commission is that the EU can be treated and regulated as a single country. But it can’t. Member States are characterized by vast differences in the composition of large and small businesses and their production capacities, differences in access to capital, skilled labour and knowledge, and different levels of purchasing power. Policymakers in Brussels and the Member States should therefore challenge the EU’s impact assessment toolkit, which does not adequately take into account important long-term impacts of new EU regulation, notably strategic autonomy legislation. EU governments should insist on detailed country-by-country assessments for the EU27 answering key questions about long-term impacts.

A key challenge for the EU to achieve Strategic Autonomy goals, such as high levels of productivity, industrial competitiveness and technology leadership is the lack of a single market. The EU’s failure to catch up with other major regions on business activity and key technologies is deeply rooted in the high degree of regulatory fragmentation in the EU. Contrary to other large markets, such as China and the US, 24 national languages pose a natural barrier to cross-border commerce and firms’ ability to scale in the EU. The deterrent effect of language on cross-border business activity is amplified by national differences in horizontal and sector-specific regulations.

Economic and technology indicators blatantly reveal that the EU is in a slow-motion corporate, productivity and technology crisis. The number of companies per capita in the US is twice as high as in the EU. Companies in the EU find it much harder to grow and scale compared to US companies. Differences in language and national rules for businesses and workers leave Europe with a structural disadvantage in a world where innovation and economic growth is increasingly generated outside EU Member States.

In light of the EU’s sustained Single Market Disease, strategic autonomy aspirations represent a relapse of the EU to the old policy of EU Member States designing and enforcing their own laws without considering the economic and political costs of regulatory fragmentation and economic disintegration from others. Measured by initiatives in economic and technology policymaking, the EU’s strategic autonomy agenda is a backward-looking endeavour. It risks becoming a blueprint for economic nationalism globally – a justification for governments outside Europe, especially developing countries, to erect new trade and investment barriers on their own.

Any ambition for Strategic Autonomy – in political terms, the EU’s ability to chart its own course in line with its values – critically relies on achieving a much more integrated continental market that would increase Europe’s economic clout in the world. Politically, Europe could gain a stronger voice to influence future norms for trade and standards for technology at a time where other jurisdictions inexorably increase economic capacities and technological capabilities.

Member State governments should ask themselves whether there are better long-term strategies to pursue than those proposed by Brussels, strategies guided by the spirit of the open society – a society embracing the principles of free trade, non-discrimination, and economic freedom. The paramount task for European policymakers to achieve Strategic Autonomy objectives should be to eliminate policy fragmentation that holds businesses back from transforming European economies faster to become more competitive. A coalition of willing governments, ideally the EU membership as a whole, needs to work towards a full harmonisation of sectoral and horizontal policies to foster trade, investment and innovation in the Member States.