The heat is on for workers

Sometimes the most dangerous things are the ones that creep up on you, rather than come all in one cataclysmic moment. So it is with heat stress on workers. A new report - released on International Workers' Memorial Day has named heat stress as the biggest social and economic impact of climate change.

Why? Well, the rise in temperatures means that people - particularly those outside - can work fewer hours. During the times they do work, their health can be damaged. That means health costs go up, productivity is cut, and workers take home less pay - all of this causes the worst kind of ripple through the economic pond of mostly vulnerable countries.

Heat stress has already wiped several percentage points off the GDP of nations such as Bangladesh, Burkina Faso, India, Nigeria, Pakistan and Vietnam and it is set to get worse. The cost of lost productivity globally due to warmer temperatures is anticipated to rise to more than USD2 trillion a year by 2030.

And of course the impact is worse in vulnerable, developing countries in Africa, Asia and Latin America - and on the lowest paid workers in those countries, such as those in the agricultural sector, where much of the work is still done outside.

Despite this, the impact of heat stress has largely been ignored. The economic costs of heat stress are not considered in climate models, national climate policies do not touch on it. This has, in part, to do with how complex it it is to integrate occupational health and safety science with climate change modeling and economic analysis.

But signing the Paris Agreement has shown the willingness of countries to come together and tackle these complex problems. The kicker that heat stress alone will mean 10% of working hours are lost - resulting in losses to GDP for economies like India, Indonesia and Nigeria of the same magnitude - should be enough of an incentive for us to tackle it. Certainly, it should make countries rethink how inexpensive climate action to keep warming to a minimum will be.

That’s why the organisations behind this report - and the vulnerable country governments in the CVF - will take its recommendations to the International Labour Conference in June, the leading global forum for employment policy. This should be the beginning of the whole world waking up to the enormity of the market failure of climate change that these news findings reveal. It’s in every country’s interest to bring this situation under control. Major economic losses to emerging economies will worsen the global economic outlook and curtail prosperity for everyone - wealthy investors that rely on market growth from developing countries chief among them. Not doing so also means accepting that more than a billion workers and their families, in total four billion people, are highly exposed to severe health dangers, pressures on income, food security and much more due to fast escalating heat.

This is a problem that’s too big to ignore. Fortunately, in the Paris Agreement, we have the tools to address the concern. Having adopted and signed it countries now need to demonstrate their fidelity to it, such as through steps by all parties to increase the ambition of their planned contributions to reduce emissions by 2020, if not earlier. Equally vital will be living up to commitments by ensuring steady progress towards $100 billion in additional finance for developing countries by 2020, half of which was agreed to support dealing with issues like workplace heat especially in vulnerable countries. 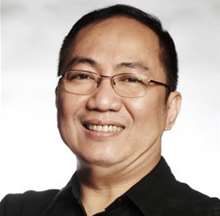