In 2020, EU member-states took a huge step forward in European fiscal integration, with member-states agreeing to jointly borrow on financial markets to finance the new EU Recovery and Resilience Facility (RRF). But the recovery fund might come to an abrupt stop after 2026, when the RRF is expected to end. That would be a mistake: the RRF should instead become permanent, and focus on climate investment to ensure the EU meets its carbon neutrality goal by 2050.

The RRF is financed via the “largest ever institutional bond issuance in Europe”. The recovery fund aims to distribute over €720 billion across the EU to strengthen the recovery from the Covid-19 crisis. The Commission requires member-states to use at least 37 per cent of funding for climate investment and reforms, and at least 20 per cent for the digital transition. But what will happen to these public investments once the recovery fund cash stops flowing in 2026?

Following the 2008 financial crisis and euro crisis that followed in 2010-12, European member-states cut back public investment, curbing the form of government spending that was most likely to raise private sector activity. Public investment rates have not fully recovered to pre-crisis levels, particularly in Southern Europe. The EU should learn from this mistake, and at a time when it is facing the climate and digital transitions, it should encourage rather than stifle necessary investment in public goods. In a recently published Centre for European Reform policy brief, we argue that for this reason, the recovery fund should be made larger, permanent and more focused on climate.

Despite its size, today the recovery fund is not large enough to permanently move the dial on climate investment. Climate action requires public investments in infrastructure such as power grids and charging stations for electric vehicles, but also government incentives for private investments in, for example, energy efficient building renovation. Total spending on climate under the fund will be at least €45 billion a year. However, the Commission estimates that, to reduce greenhouse gas emissions by 55 per cent by 2030 relative to 1990 levels as inscribed in the European Climate Law, total investment across the EU should be over €1 trillion annually throughout the 2020s. Collating pledges from the EU member-states’ National Climate and Energy Plans, the European Investment Bank estimates that EU-wide, at least 45 per cent of this should come from public investment. This would amount to approximately €460 billion a year across the EU, with different investment needs across countries.

A permanent recovery fund should aim to cover at least half of this budget, for at least three reasons:

Why do we think that climate spending should obtain an even larger share of RRF funds in the future, relative to digital investment? Under the current RRF, member-states' plans for ‘digitising’ the economy and public sector contain some sensible proposals, especially to improve citizens’ access to public services and grants for early-stage ventures and research in digital technology. But it is questionable whether investments in cloud computing and chip design and manufacturing, already dominated by Asian and American companies, should attract considerable public support.

Conversely, the direct involvement of government in financing infrastructure such as the power grid is necessary for renewables to take up an ever larger slice in the energy mix. Indirect public support – for example, incentives for businesses and households to invest in efficient building retrofits – is also necessary to unlock private investments when their overall social benefits are greater than private benefits.

Getting to net zero will take decades, so the RRF should morph into a permanent fund that’s largely focused on climate after 2026. Climate change is a quintessential cross-border issue that requires EU action: each member-state needs the other to act, and common rules and financing are necessary to ensure that poorer countries do not get left behind. 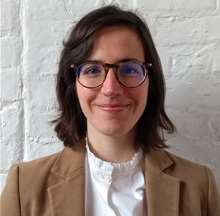