The challenge of European free movement in the UK 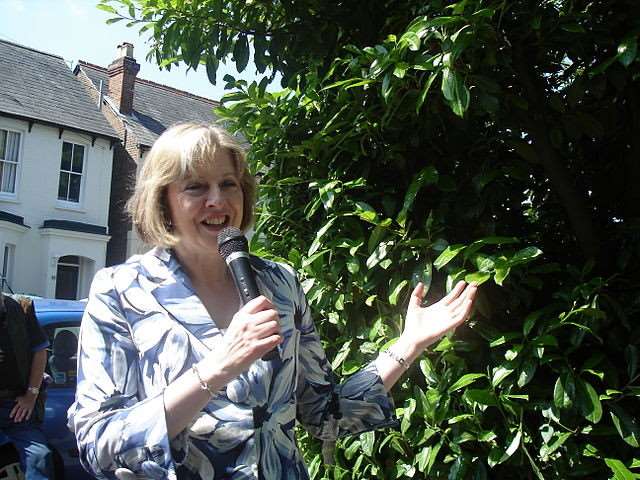 The British Home Secretary (Minister of the Interior), Theresa May. Photo: Wikimedia Commons

On 1 January 2014, Romanians and Bulgarians were granted full access to the British labour market, following seven years of ‘transitional controls’ that limited their working rights in the UK.  This was preceded by months of feverish media speculation about the number of people that might take advantage of this development and by a flurry of last minute government policymaking designed to reduce the attractiveness of the UK to new migrants.

Those expecting a massive and immediate influx of new arrivals were disappointed. The first flight arriving in the UK from Romania on New Year’s Day, met by Conservative MP Mark Reckless and Home Affairs Select Committee chairman Keith Vaz, held only a few people coming to look for work for the first time; the rest of the passengers were either workers or students returning from holidays.  Hardly the tsunami forecast by some of the more alarmist news outlets.  However, while the government has sensibly refrained from estimating how many people will come and tried to downplay the most sensationalist predictions, it has sent mixed messages by rushing through a series of restrictions on migrants’ access to social security benefits and by ramping up its anti-EU rhetoric.

Although it is very difficult to predict the numbers of new EU migrants that may come to the UK in the next few years, it is unlikely that we will see the same levels of migration as we did after Poland and seven other states joined the EU in 2004.  Romanians and Bulgarians have been able to live and work in the UK since 2007 and the evidence suggests that significant numbers have done so.  Many of those who want to come may already be here. Other EU states have also opened their labour markets at the same time, giving ‘A2’ migrants more choice of destinations. However, the government should not be complacent about this.  A key lesson from previous waves of European migration is that while the UK’s economy is flexible enough to absorb large numbers of migrants, rapid and unexpected inflows can create problems in specific areas, such as creating additional demand for housing, school places and health services.  These are legitimate public concerns that should not be dismissed.

There is nothing wrong with tightening restrictions on EU migrants’ access to benefits in principle, but the policies announced by the government at the end of 2013 will do little to affect the scale of new flows to the UK.  EU migrants as a rule are more likely to be paying taxes and less likely to be claiming benefits than Brits and other migrants, and the majority come to work or look for work rather than to live off welfare. A more practical and measured approach is needed that speaks to public fears and also addresses the real issues at stake.

In the short-term, this means being quickly responsive to any pressures that do arise in areas that receive larger than expected numbers of Romanians and Bulgarians, such as the parts of London and the South East where migrants from these countries are currently concentrated.  In a recent IPPR report, we recommended that the UK government should set up a new Cabinet-level Committee on the Impacts of EU Migration, led by a senior minister and including representatives from departments across government. It should also create a ‘contingency fund’ that local authorities can draw down on to help meet the costs involved preparing communities to receive new arrivals, such as funding for bilingual teaching assistants or health workers.  On their own, small injections of money will not address wider problems around housing supply and welfare reform in the UK that are exacerbated by but not caused solely by migration.  But they can smooth the path of integration for migrants and the communities that they live in, and help deal with some of the smaller issues that worry people.

Over the longer term, increasing public support for the free movement of EU citizens may well involve making some changes to the way that regulations currently work. Free movement is a vital driver of growth and prosperity in Europe and benefits all member states, including the UK. That is not to say that it works perfectly at all times. This system was designed when the EU was smaller and more economically contiguous, and it is legitimate to look for reforms that will ensure that its benefits are shared more equally. However, last minute unilateral actions taken in an atmosphere of panic and fear mongering are no way to approach this issue, as can be seen in the current spat between the UK and Poland over the issue of child benefit payments.  Instead, changes and reforms need to be discussed and negotiated with other EU partners, with compromises reached.