The case for investing in Europe’s connectivity 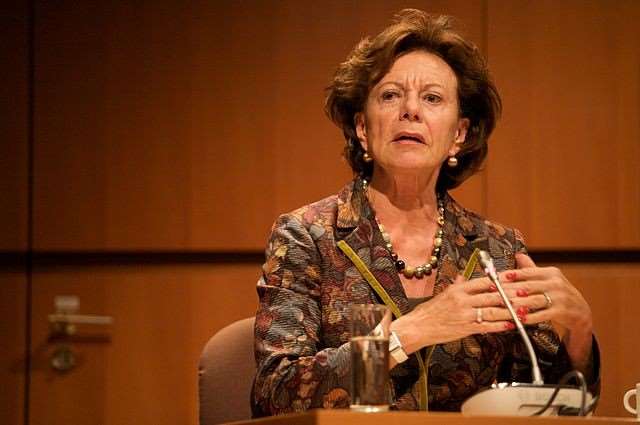 There is a lot of talk of growth as Europe’s way out of the current economic crisis. To say Europe needs growth may seem obvious. But every actor needs to be on board if all ships in the harbor are to rise. And every actor needs to ask the important question: How can we contribute to this growth agenda? The best is a sustainable growth which is the result of private investment and new technologies.

But the rules of the game need to be clear, stable and lend themselves to an environment conducive to investing with a reasonable expectation on returns. Many look to the tech sector as a shining growth vector that stands out in these challenging times. It certainly helps to explain all of the attention that one of Europe’s largest cable operators, Kabel Deutschland, is getting from suitors in the marketplace. The importance of broadband has also taken a front row seat in the political theatre – check any European member state’s political agenda and you will find the evidence.

In economic terms, we are witnessing the development of a key performance indicator for Europe: Connectivity. The European Commission’s Vice President Neelie Kroes has made it her mission to boost the connectivity of Europe based on the belief that Europe can reboot the EU economy and enable Europe's citizens and businesses to get the most out of digital technologies. We couldn’t offer more ardent support to such goals.

But paying lip service to political goals is one thing. Helping to deliver in concrete commercial terms on such goals is altogether something different. And we are doing just this. We recently saw the announcement of the results from a first ever pan-European report commissioned by the European Commission. This report, by broadband performance testing specialists SamKnows, takes what may be for some an uncomfortably critical look not just at broadband deployment but at what customers getting for their internet subscriptions. The results are highly interesting and certainly being discussed by businesses, consumers and politicians as you read this. This is a good thing.

The findings underscore the importance of economic actors’ ability to pitch in and help achieve political goals in a commercial setting. The results tell us that European customers are only getting an average of 74% of the advertised headline speed for their broadband subscription. Cable took the highest rating in the study with its customers getting 91.4% of the advertised download speed at peak usage hours and a notable 100.2% average of the advertised upload speeds in a 24 hour period. Cable has the most reliable broadband download and upload speeds. And Europe needs reliable broadband service in these times.

The results also show that one of Commissioner Kroes’ goals to ensure high speed broadband service of at least 30Mbps across all of Europe is already being achieved in the marketplace today. But we can and need to do better. And we will. A speed test in Germany over existing cable technology and infrastructure hit 4.47 Gbps. That’s 4,470 Mbps or the ability to download a DVD in 8 seconds, capacity that standard laptops or modems could not yet handle. Our job is to stay well ahead of demand in speed terms to ensure that customers have access to fast and reliable broadband.  Cable’s competitors also have the same challenge to meet speed requirements for the future and this survey is a very public reminder that delivering on these goals is vital not just for political reasons but for those who can vote with their feet: customers.

There are lessons that come from current events in the world of connectivity as of late. Infrastructure competition remains an important underlying feature of the European broadband market. Competition not only works in this regard, but it also serves as a driver for further investment. Companies that do not invest enough are simply robbing precious oxygen from the flame of innovation. Cable invests, on a European average, between 20-25% of its revenues back into its networks. We also have made an important observation: Where you have cable present in the broadband market, both the speeds and the uptake are notably higher than where there is no cable operator present.

Both European decision makers and important players in the market bear witness to the value created by cable’s relentless investment which continues to pay off for its customers. The European Commission’s pioneering European survey casts light on what we see as a Europe of opportunity for growth in the vital market of connectivity. And Vodafone’s pursuit of one of cable’s European crown jewels could not pay our industry a more flattering compliment.