The British economy and Europe 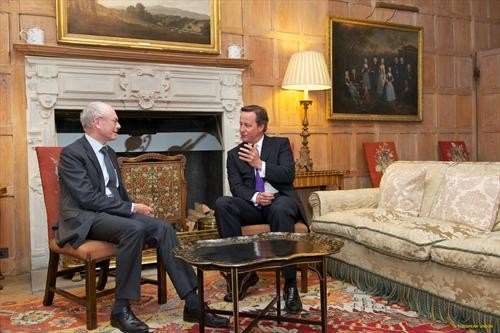 Last year, the CER set up a commission made up of economists, business people, politicians and policy experts to think through the economic consequences of leaving the EU.

Our report, which is launched this week, focuses on three important questions. Has EU membership been good for Britain’s economy? Does EU regulation tie up the British economy in red tape? What might the outcome of a post-‘Brexit’ negotiation be, and would it be better or worse than EU membership?

Since trade between EU-member-states is tariff-free, the EU has focussed on the non-tariff barriers to trade that arise from 28 different sets of national regulations. It has done so by creating common minimum standards and by getting member-states to recognise each other’s rules.

The EU’s critics point to the fact that Britain’s trade with emerging economies is growing faster than with the EU. Some argue that this shows that the single market is no longer important. But you would expect that because emerging economies are growing much more rapidly than Europe, as they are in catch-up phase: they have lots of unused resources to put to work.

The only way to work out if EU membership boosted trade or not is to measure UK trade with countries inside the EU and outside it. Then you have to control for economic growth and other factors that affect trade, such as geographic distance.

Our model, which does this, shows that Britain’s EU membership has boosted its trade in goods with other member-states by 55 per cent. There wasn’t any evidence of trade diversion – meaning that it found no evidence that the UK’s membership of the EU reduces its trade with non-EU countries.

The single market has also boosted investment flows between Britain and the rest of the EU. In 1997, other EU member-states accounted for 30 per cent of the accumulated stock of FDI in Britain. By 2012, they accounted for 50 per cent. And that’s a quickly rising stock, too. Much of that investment has been in services, especially financial services.

And the City has been a big winner. It’s the biggest financial centre in the EU and the eurozone. Governments have taken down barriers to capital movements across the globe. But the single market for wholesale finance is particularly developed, because of the infrastructure created to provide euro-denominated transactions, because there are fewer regulatory barriers to capital flows than there are outside Europe, and because free movement rules mean there are lots of workers from elsewhere in the EU with knowledge of their home markets.

But doesn’t common regulation at an EU level impose large costs on British businesses? There can be little doubt that some of the EU’s regulations impose more costs than benefits. But the idea that EU regulation adds up to a major supply-side problem is misconceived.

The first reason is that there would be no single market without common rule-making. If the UK left and had a bonfire of EU red tape, rules would diverge between the EU and the UK, and exporters would face higher costs.

And there’s little evidence for the charge that EU rules constrain domestic companies in Britain. Britain has the second least regulated product market in the OECD, after the Netherlands. Its labour market protections are similar in scale to those in the US, Canada, or Australia. They are far lower than continental European countries.

So EU rules do not impose rigid harmonisation across the EU; the UK still has deregulated markets, despite its EU membership. It follows that a escaping EU rules would not lead to higher output – in fact, the most likely result is that output would be lower upon exit.

If leaving the EU leads to higher trade costs, then the UK economy would be damaged. To answer the third question: would trade arrangements outside the EU be worse than within it? Our answer is ‘yes’.

The trade-off that Britain will face outside the Union is this: market access, or an escape from EU rules. Since market access is important to British prosperity, it would be a very difficult negotiation.

The Norwegian option – joining the European Economic Area – is politically unsatisfactory. It would give the UK full market access. But in exchange the UK would have to sign up to EU rules. It would have very little say over the drafting of new rules.

The Swiss option would be better, but not much. It has bilateral accords that give it full access to the single market for goods and labour. But what about the City? If it still wants full access to the EU’s financial markets, it would have to sign up to services and capital rules. Then we would be back where we started: but unlike the current arrangement, Britain would have less power over regulation, not more.

As for trade agreements with other countries, immediately after leaving, the EU’s current FTAs with non-EU countries would no longer be in force. If WTO rules were to apply to British exporters in these countries, the UK’s exporters’ costs would rise.

After a vote to leave the EU, Britain would be in a difficult position. Full access to the single market is important to British prosperity. EU rules do little damage to Britain’s economy. It would have to choose between full access to the European single market, in exchange for continued adherence to its rules and little influence on the rules that govern it; or freedom from those rules, with less access to the market. It would be better and simpler to stay in.

This article first appeared on “EuropeWatch” produced by British Influence