The "Balance of Competences" and the UK's place in the EU 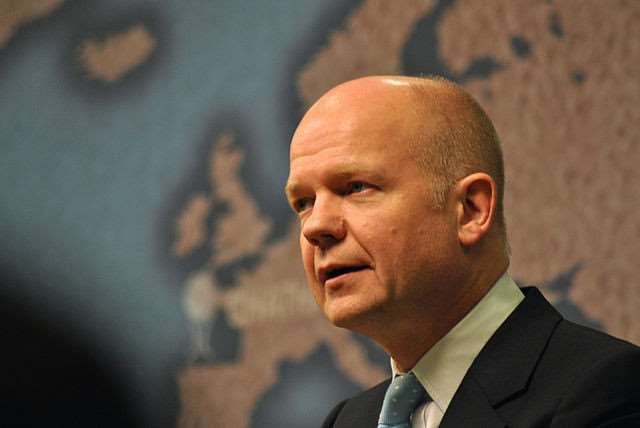 A new publication by CEPS has gone through the second set of Balance of Competences reviews published by the British government earlier this year. Overall, the evidence painstakingly assembled in these voluminous reports, totalling 600 pages, shows that the case for repatriating competences from the EU back to national governments is not supported. Moreover, this sample of eight reports illustrates how the UK’s interests have been positively served by EU policies that it prioritises, while the UK has in other cases profited from the EU’s exceptional flexibility in agreeing to various opt-out and opt-in arrangements tailored to British demands.

This set of reports fall into several distinct categories for the purpose of assessing the suitability of the EU’s competences.

Three reviews (free movement of goods in the single market, trade and investment, transport) concern core aspects of the internal market and international trade. Here there is robust support for the present balance of competences, which are in line with the UK government’s prioritisation of the single market and open trading system as the EU’s foremost competences. The alternatives to EU membership are considered in some detail, notably in the external trade area, and these are found to be unattractive. As regards both the single market and transport the emphasis for the future is for consolidation of these ‘mature’ competences, rather than their extension, although in the single market for services and external trade domains there are important agendas for future action.

Two reviews (environment and research) concern sectors where there is a highly complex layering of competences between local, national, EU and international levels. There is general agreement that the EU should be active in these fields, alongside continuing needs to work on the optimal distribution of these competences, but without major arguments contesting the present balance of competences. In both areas the UK has a leading and positive role, either as a driver of policy development (environment), or as a major beneficiary of EU programmes (research). There is therefore a good fit between UK interests and EU activity in these fields.

Two reviews (asylum, non-EU migration, and civil judicial cooperation) concern areas where the UK already enjoys ‘opt-outs’ or discretionary ‘opt-in’ possibilities. While there is room for debate whether the UK’s present large degree of opting-out is optimal in the UK national interest, the hypothetical case for repatriation of competences does not arise. In practice the UK has been able to calibrate its participation in or out of EU policies in line with its preferences. While this ‘cherry- picking’ approach would be unworkable for the EU as a whole if all member states tried to do this, the EU has been willing to be flexible to accommodate the UK’s demands. The island geography of the UK and Ireland made the exclusion from Schengen readily understandable, but the flexibility factor has been stretched into many fields of judicial cooperation where geography is not so relevant.

One review (culture, tourism, sport) concerns the special legal category of ‘supporting competences’, where the EU’s role is very limited, but still judged by stakeholder to be beneficial in various niche activities.

Overall this second set of reviews is confirming the pattern seen in the first set, with no major arguments emerging in favour of straight repatriation of competences at the level they have been defined in the treaties. Stakeholders are observing that the precise distribution of competences between the EU and member state level has usually been worked out through the processes of negotiation to a point of quite sensible balance. In both these sets of reviews there is much in the detail to be attended to, notably where the principles of subsidiarity need more serious application, and where the quality of regulatory texts and impact assessments need improvement.

What is also confirmed is the huge chasm of mutual incomprehension between informed stakeholders and leaders of Eurosceptic populism. The latter are making extremely simple arguments that the EU has taken too many powers, which should be returned to national governments. When these arguments are followed through at the concrete level there are two issues that stand out for their clear identification, problems of Eurozone governance in the recent financial crisis and immigration. Other controversies over EU competences seem to lack forceful credibility, or rely more on uninformed arguments and myths, rather than the realities that the Balance of Competence reviews have painstakingly documented.

Returning to the British question in particular, it is all the more relevant that the UK has been able to opt out of the euro, Schengen and much of the Schengen-related rules for controlling immigration from non-EU sources. This has led some commentators to observe that the UK has managed over time to negotiate for itself ‘the best of all worlds’, in the sense of being fully in the single market and the EU’s foreign policy system without being in the euro or Schengen, while keeping its on-going special budget rebate. For UK politicians who seek a ‘flexible’ EU the UK has in fact accumulated uniquely for itself a flexibility from the EU that could never have been agreed in straight accession negotiations either in the past or for future candidate countries. In several other areas here reviewed stakeholders have observed the EU to be functioning as ‘amplifier’ of British interests and priorities (single market, external trade, environment, climate change, and research).

The huge political problem of populist euroscepticism clearly still remains. In part this merges indistinguishably into the much broader wave of anti-central government and anti-establishment protest movements in evidence in much of Europe and across the Atlantic. It is sure that there will remain a strand of anti-Brussels sentiment in European public opinion, just as there is an enduring anti-Washington sentiment across the US, together with the newer phenomenon of anti- globalisation.

In the UK the Farage/UKIP is equally anti-establishment and anti-European. Farage has acquired a celebrity-entertainer status not unlike Beppe Grillo in Italy. But it is also notable that despite the UKIP’s success in the May 2014 European Parliament elections, British public opinion seems to be turning towards a significant majority in favour of staying in the EU. This apparent paradox might be explained by the prospect of an in/out referendum leading people to consider seriously and concretely the consequences of secession, whereas the Farage/UKIP phenomenon may prove to be more of a bubble, as appears to be the case of Beppe Grillo. In this context the painstaking work being done by the Balance of Competence reviews is of the highest relevance even if the findings are so unsensational in pointing out a certain routine normality in EU affairs. It might even be that informed common sense will prevail in the end.