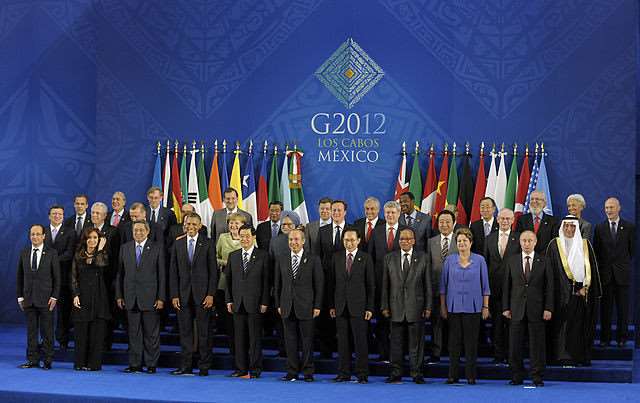 Every week for the past thirty years, an average of $1 billion has slipped out of the hands of African governments, adding up to an astonishing $1.4 trillion of funds lost through illicit financial flows.

Corporate tax dodging on its own represents half of this amount, thanks to loopholes in international tax rules and secrecy that allow multinationals to hide their profits in tax havens.

As the world’s poorest countries struggle to offer their citizens basic services and the world dwindles on its commitment to international development, it is time Europe steps up to assure fairer rules, starting with transparency on the activities of all big multinational companies.

The European Union is currently at a crossroads. Whilst unprecedented progress is being made, there is still room to push for greater openness.

The EU has recently adopted new legislation which within two-year’s time will oblige EU-listed and non-listed big oil, gas, mining and logging companies to declare payments they make in resource-rich countries.  Furthermore, in about two years from now, citizens will be able to scrutinise where Europeans banks work, their sales and profits and, most importantly, whether they are paying their fair shares in the countries they work or shift profits to tax havens.

These are critical steps forward in the fight against corruption and tax dodging, but Europe must now push for transparency standards agreed for banks to be extended to all sectors.

Only by doing this, will we begin to seal off the ‘curse’ which has burdened developing countries for years: decades of exploitation of resources that often saw only a few getting richer but the majority getting poorer. A nation’s resources are not purely a product to be exploited, but also an opportunity for developing countries to invest in schools and hospitals.

An investigation by ActionAid found that the Zambian subsidiary of a UK-based multinational company was able to shift-out a third of its pre-tax profits a year ($14 million) to Ireland, Mauritius and the Netherlands, all well-known tax havens. With these operations, Zambia is estimated to have lost around $18 million in 7 years, which could have paid for essential services such as health and education for its people.

Some countries, however, are beginning to make changes. Timor-Leste, Trinidad and Tobago and Ghana have all pledged to improve the government of oil and gas exploration and production, and to further manage revenues. In Ghana, this law has brought greater transparency on how much oil exploitation brings to the country and how these revenues are used.

It’s not, however, merely about closing unfair practices used by multinationals, but also a way we can create a level-playing field for SMEs. Small enterprises, those who create most of the jobs nowadays, are put at a competitive disadvantage compared to multinationals who are more able to exploit legal loopholes, which in turn create disparities in access to international markets.

Investors and consumers will also benefit. In a world of increasing economic uncertainties, investors need to know the financial health of the companies they wish to work with. How is this possible when organisations are able to hide not only the amount of tax they pay, but also the worth of their company?

International pressure over tax secrecy and evasion is gaining momentum. The G20 group of leading economies has backed a plan by the Organisation for Economic Co-operation and Development (OECD) to clamp down on tax evasion by international companies. The EU is in a unique position to be a leader in the fight against tax dodging by requesting this transparency now in its future legislation on companies’ non-financial reporting on social and environmental risks.

It is unsurprising that a lack of transparency is causing billions to be diverted from the developing world, but policy-makers must not look at the statistics as a numbers on a page. It is not purely money multinationals are diverting from these countries, but access to health, education and a decent quality of life to millions of people in Europe and in poor countries.