Tackling Ebola is an imperative for Atlantic partners 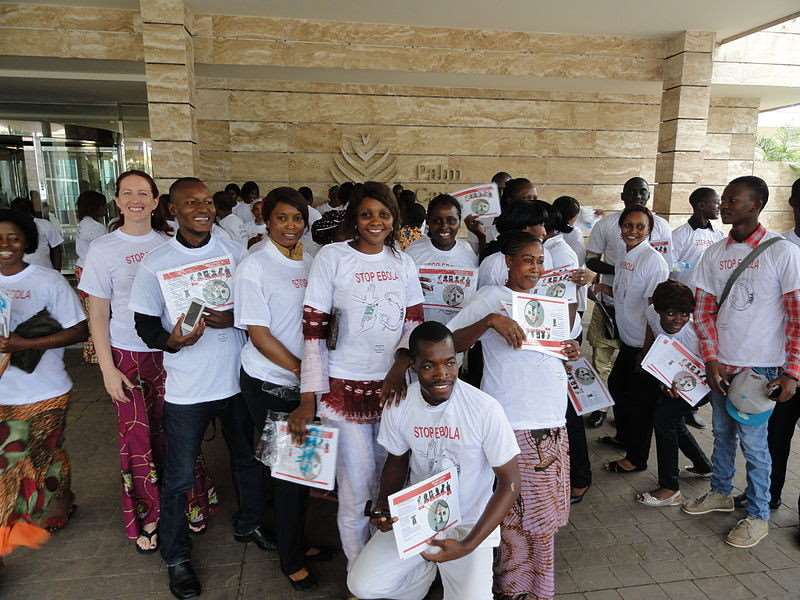 MARRAKECH, MOROCCO—On the playgrounds of Abidjan, the capital of Côte d’Ivoire, children now “quarantine” one another as part of a game they call “Ebola.” Across West Africa, the spread of the Ebola virus is generating fears, raising barriers between countries, and increasingly affecting everyday life beyond the countries most affected by the epidemic: Guinea, Liberia, and Sierra Leone. Yet international and regional cooperation has been found wanting. Along with the international community, regional leaders such as Côte d’Ivoire and Nigeria can do much more to mitigate the Ebola crisis.

Côte d’Ivoire is gradually reclaiming its place as a regional economic and political leader in West Africa. Since the violent events that preceded the election of President Alassane Ouattara in 2011, the country has rebounded from its decade of political unrest and become a champion for regional integration. The new president’s role in defusing the crisis in neighboring Mali as chair the Economic Community of West African States (ECOWAS) signaled the country’s return to the regional political stage. Ouattara, an economist by trade, has also launched reforms aimed at making Côte d’Ivoire an emerging economy by the year 2020. This cannot be done without deeper regional cooperation and integration.

Among the government’s top priorities, Côte d’Ivoire is addressing the challenge of food security and aiming at self-sufficiency by 2016. It is seeking greater access to financial markets, supported by a positive rating by Moody’s credit rating agency. It is investing in the smarter and more sustainable exploitation of its vast natural resources. And it is attracting foreign investments beyond its traditional partner, France, from the likes of Belgium, Denmark, Germany, the United States, Turkey, South Africa, Morocco, and China. According to the International Monetary Fund, Côte d’Ivoire’s “growth performance was impressive in 2013, and is projected to remain buoyant in the near term, reflecting strong domestic demand.”

Côte d’Ivoire’s positive trajectory, along with Nigeria’s projected 7 percent growth in 2015, suggest that while the Ebola crisis has dominated headlines on West Africa, it would take a dramatic spread of the virus for the regional economy as a whole to be deeply affected. A protracted health crisis is certainly having some impact on the region, but the tiny economies of Guinea, Liberia, and Sierra Leone account for less than half of Ivoirian GDP and just a fraction of the Nigerian economy.

Addressing the Ebola epidemic and bringing care and relief to the people of the region is nonetheless a priority. The global response has been haphazard, ranging from the African Union’s decision to send 30 volunteers to Liberia and the U.S. deployment of 3,000 troops, to the World Cocoa Foundation’s fundraising efforts involving over 110 of its members. The European Union and its member states have lagged even farther behind in responding to the crisis — and the EU Council’s most recent statements are still far from a clear call for action. While France, the U.K., and the United States may be leading the transatlantic response to the crisis, their initiatives remain largely unilateral.

The regional response has been similarly mixed. Nigeria has for instance provided financial support to Liberia. However, in August, Côte d’Ivoire closed its borders and suspended flights to Guinea, Liberia, and Sierra Leone. Eventually, in response to international health organizations’ advice against ostracizing the three countries most affected by the epidemic, President Ouattara lifted flights suspensions and maritime restrictions, and opened a humanitarian corridor to its two neighbors, Guinea and Liberia.

These steps still do little to achieve the World Health Organization’s goal: the so-called 70-70-60 plan. That would involve safely burying 70 percent of the people who die from Ebola and treating 70 percent of those infected within 60 days of October 1. In other words, it means stopping the spread of the virus within three months. This can only be achieved with a comprehensive and coordinated plan. As the head of the UN Mission for Ebola Emergency Response recently stated: “If Ebola wins, we the peoples of the United Nations lose so very much” He added: “We either stop Ebola now or we face an entirely unprecedented situation for which we do not have a plan,” he stressed.

A solely West African response is not possible nor is it desirable. It would be an illusion to consider the epidemic as a domestic and regional challenge only. Ebola knows no borders. Partners across the Atlantic need to increase efforts to deal with this crisis. In this respect, ongoing conversations between Europeans and Americans on coordinating responses to Ebola and on pooling resources also have to include Côte d’Ivoire and Nigeria. In particular, there are valuable lessons to be learned from Nigeria’s success in stopping the spread of the epidemic. With citizens going to the polls in Nigeria, Togo, Burkina Faso, Guinea, and Côte d’Ivoire in 2015, a lot is at stake for West Africa as a whole in how regional and international partners address this crisis and the potential instabilities it could trigger.