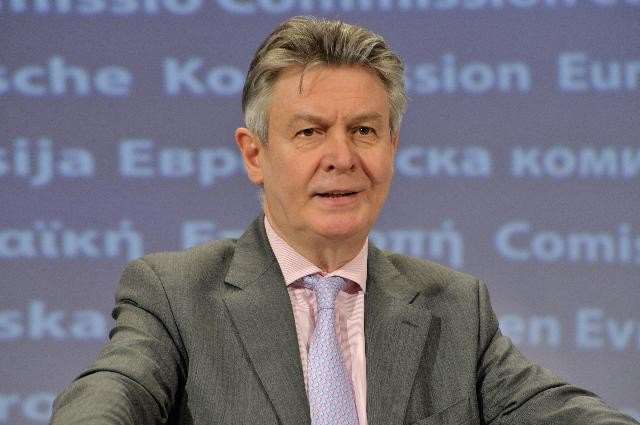 Who could have imagined a year ago that the then nascent negotiations for a Transatlantic Trade and Investment Partnership (TTIP) would draw the ire of more than 100 000 actors, filing responses in a European Commission consultation on Investor-State Dispute Settlement provisions? Yet here we are – with Europe now embroiled in a debate about investment protection like the one about a Multilateral Agreement on Investment (MAI) in the mid-to-late 1990s, an initiative that failed amid strong and coordinated campaigns from NGOs.

The new campaign may or may not pressure the EU to take ISDS off the negotiation table. But it masks a more important discussion: are Bilateral Investment Treaties (BITs) fit for purpose – to help resolving disputes between investors and states in an efficient, fair and non-politicised manner?

One of the bigger cases in the past years – involving the expropriation by the Argentinean government of Repsol’s majority stake in energy firm YPF – was settled earlier this year. It is an interesting case and offers several lessons for Europe and others that want the system of international investment arbitration to improve.

The case started two years ago when the Argentinean government fast-pedalled a bill to allow for the nationalisation of the shares in energy firm YPF owned by Repsol. The government expropriated Repsol’s assets and denied the company compensation. In the settlement, the parties agreed that Repsol will receive compensation while both parties agree to end the litigation around Repsol’s previous majority stake in YPF and Argentina’s expropriation.

The “Repsol case” is in some ways typical for the body of BIT cases that has been arbitrated in international tribunals. It concerned a sector, energy, and a country, Argentina, that both represent a disproportionate number of the past disputes. Like many other arbitration cases, it was settled before a tribunal had ruled on the dispute.

But the case was in other ways different.

First, the amount concerned was higher than usual in arbitration cases. Very few cases are based on claims of ten billion US dollar or higher – and hardly any award or settlement has reached such levels. The value of Repsol’s shares was not only substantial but also likely to increase as YPF was sitting on shale reserves in Vaca Muerta, the shale-rich field in Patagonia that was discovered shortly before the nationalisation.

Second, Repsol’s shares in YPF (and not shares held by others) were confiscated. The government offered no compensation to Repsol and rather invented a story about alleged mismanagement of the firm to justify the uncompensated nationalisation. The usual way is that a government offers compensation in cases of direct expropriation.

Third, the nationalisation followed a pattern of a general drive towards economic nationalism in Argentina. It was not an isolated example of disrespecting rules of international commerce. In the past years, Argentina has increasingly deployed protectionist measures and found itself in conflicts with other countries and organisations like the International Monetary Fund because of its refusal to follow agreed international economic rules.

While in some instances unique, the “Repsol case” is also a harbinger of future problems in the field of investment. Disputes usually occur in selected sectors – many of which are under heavy influence of political decisions or patronage. As the trend of progressive reforms to open up countries to commerce and subject them to rules have stalled in the past years the world is moving into an age where political interference in matters of foreign investments is likely to grow. There are several recent examples of how governments increasingly intrude in matters of FDI (in Europe, the politics around Pfizer’s bid on Astra Zeneca and General Electric’s bid on Alstom spring to mind). The general trend of trade and investment is like a replay of murky, creeping protectionism a la the 1970s: it is not an aggressive but slow erosion of the conditions for foreign investment.

The alternative to dispute resolution under a BIT can be legal recourse through national courts, but that is often not an option if we consider the body of BIT cases that has been arbitrated. The “Repsol case” is a good example of the value of BIT arbitration when local courts simply cannot be used. In this case, the investor could immediately after the confiscation begin to focus on a legal structure to resolve the disputes. As the politics around the dispute soured, the existence of a BIT proceeding offered both parties a structured way to arbitrate a resolution.

There are two other issues with the alternative approach to arbitration under BITs. First, the BIT model is based on the idea that countries are not obliged to change their laws in order to fit with the conditions of a BIT, e.g. principles on non-discrimination and national treatment. BITs offer recourse to arbitration but cannot instruct countries to change laws. The alternative to the BIT approach is to move towards a WTO model of investment protection, but such a model is hardly what the NGO campaigners desire because it would imply tougher restrictions on what policies that governments can chose.

Second, the idea that there should be no international agreements at all offering recourse to dispute settlement is highly likely to lead to greater politicisation of investment. That was the system the world had before – and it was based on gunboat diplomacy where stronger states and investors won, even if they were in the wrong. And it is here that many of the NGOs campaigning against ISDS go wrong. The alternative to BITs or other international agreements on investment is not that the world stops handling investment disputes. They will still occur – but without a legal system to address them, power will rule.