Startups in Europe and the telecoms single market 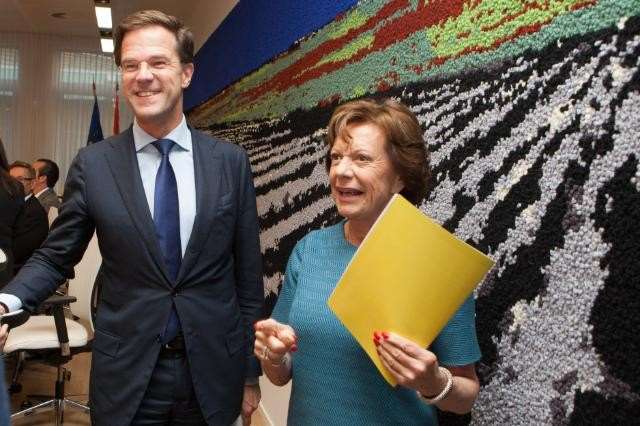 As the European's economy remains in a sluggish condition, politicians and policy makers are frantically looking for the switch of the growth engine. This is why on 24 October the European Council was devoted to the digital economy, one of the few 'sectors' that are growing, creating jobs and new companies.

Making the transition from an industrial to a digital economy is easier said than done. To press the European leaders a bunch of Europe's tech entrepreneurs got together earlier this year and wrote a 19 page manifesto. Businesses like Spotify, Rovio (Angry Birds), The Next Web and Tuenti are behind the Manifesto for entrepreneurship and innovation to power growth in the EU. Already almost 6000 people have signed the pledge.

It's more than just nice words about growth. The manifesto has 22 recommendations to the Commission, the member states and European companies. It focuses its advise on education and skills, access to talent and capital, data protection and thought leadership. To make it concrete: students have to be stimulated to start their own company, the EU should create a pan-European visa for skilled workers, data providers should have less administrative burden. Other notable ideas are entrepreneurship education from a young age, change labour laws, increase investment in startups, tax share options as capital gains instead of income, and make government data public (open data).

The manifesto was presented ahead of the European Council to Commissioner Neelie Kroes (Digital Agenda) and Mark Rutte (Prime Minister of the Netherlands). 'We are running out of time,' said Kroes at the presentation. The big problem according to her, is that the digital internal market is far from complete and entrepreneurs lack an equal level playing field in Europe. So it is difficult to think and act in a market of more than 500 million consumers, for instance because of intellectual property and copyright rules, but also cross-border transport costs. Basically most entrepreneurs focus on their own tiny national market before going European, or even global. But it's size and scale that matters.

To help startups succeed is so critical because existing companies hardly create any jobs. Over 50% of the new jobs come from startups. And further on, in a globalized world it is crucial to stay competitive. Joanna Shields of Tech City UK (a tech cluster in London) stated: 'the race is on. We live in a world of cloud computing where you can literally find overnight your distributors anywhere. All the countries have the same systems and tools at their disposal. The question is how to make use of these the best.' Kaj Hed of Rovio, maker of Angry Birds, added: 'we started with 12 people in 2009, now we have 750 people all over the world and are profitable. I think Europe could benefit greatly from a 'best practice model' to share our successes.'

Another entrepreneur present was Zaryn Denzel who is actually American. He came to Spain seven years ago to start Tuenti, Spain's largest social network. 'It is crazy to sit here,' he says. 'I am thirty, American, and now talking in Brussels about entrepreneurship. For me the European Union was just a big entity that couldn't do anything for me. Entrepreneurs have a different mindset: they get things done.' He joined the manifesto group to wake up the politicans. 'It is time for Prime Minister Rutte to get things done!' he laughs, while pointing at Rutte. Denzel's problem with the EU, for instance, is that it is really difficult to get the rightly skilled engineers in Spain. They were trained but not properly. 'So we had to teach these guys ourselves about engineering and programming.'

Prime Minister Rutte agreed wholeheartedly with the manifesto and the remarks of the entrepreneurs. 'We have the same goal: more digital enterprises and innovation. Stimulating students to start a business is a very good idea. Only a few months ago I was at a Google Big Tent event and found that very inspiring, to hear how much potential the digital economy has got. It is growing 3 percent a year, and therefore a growth machine for the future.' Rutte stated that a third of all purchases are now made online, and that a third of the digital traffic between US and Europe goes through the Netherlands. 'We need to keep this position as digital gateway to Europe,' he said with a smile. (Note: Rutte grins about ten times per minute)

Ann Mettler of the Lisbon Council, who chaired the meeting, said: 'Rutte is one of the few European leaders who gets this.'

Commissioner Kroes organized the event and she seemed happy with the discussion and the energy at the table. About the politics and the European situation she was mildly depressed. First by the money that was taken away by the European Council in March, to invest in a pan European broadband network. Also the youth unemployment worries her: 'we are creating a lost generation. Young people without work, hope or prospect are a danger to democracy.'

The Commissioner's mood is even further strained by the criticism on her ambitious 'Connected Continent' plan to come to an open up the telecoms market, abolish roaming and increase net neutrality. 'Europe is simply sustaining the old business models of the past,' she complained, 'and telecom companies were either spoiled or had a big link to government.'

Kroes wasn't so much afraid of the resistance of these companies ('Inside with a cup of cofffee, they say that of course we need to get rid of roaming'), but of the national regulators. 'They are the biggest enemies and protecting their own kingdom!' The Commissioner doesn't want to abolish the national regulators but limit their role to align with a digital single market.

Luckily for the European Commission, the Council didn't torch the telecoms package and instead asked for a 'timely adoption', meaning before the next EP elections in May 2014. It is going to be a political battle of serious proportions however. And the European entrepreneurs will not benefit from it greatly, their priorities for the EU leaders lie elsewhere - in education, labour laws and copyright systems.