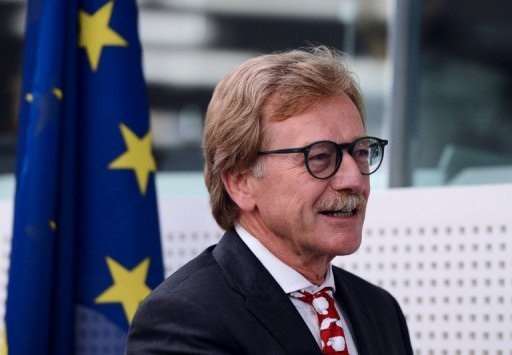 Yves Mersch, member of the executive board of the European Central Bank

The term `securitisation’ normally finds itself next to words like ‘toxic’ or ‘poisonous’. Hardly surprising when AFME data shows that 22 per cent of residential mortgage-backed securities (RMBS) defaulted during the crisis. But – and it is a big `but’ – that number refers to US RMBS, which were the source of immense pain to many banks in Europe, that later had to be bailed out by domestic taxpayers. Over the same period, the default rate for European RMBS was a mere 0.1 per cent and, for SME-backed securities, the rate was just 0.4 per cent through one of the worst economic downturns in decades.

Still, the US experience has scarred global regulators and made them determined that it should never be repeated. But blindly following the global regulatory pack is turning out to have a very bad impact on Europe. This is because Europe’s economy is far more heavily reliant on bank finance than that of the US. While US banks are still licking the wounds in their balance sheets, the private economy can obtain credit from a range of capital markets: equities, bonds (corporate and asset-backed) and shorter term markets including various forms of commercial paper.

In Europe – and especially for SMEs – there are few practical alternatives to bank funding and many of these, such as invoice discounting are very expensive. Europe’s banks are being pushed hard to increase their capital ratios, leading to  a drought in bank finance as the banks de-leverage. This means that the ECB’s easy money policy is non-existent as far as many borrowers are concerned – and especially those in peripheral states where the government’s own finances are also stretched. What is to be done?

The answer is increasingly clear: bring back `securitisation’ BUT carefully controlled so that it is `good’ securitisation rather than the output of  ‘quants’ whose moral compass seemed to be stuck on one setting: personal self-enrichment.  The pressure to resurrect securitisation has been building up for some time – but some soul-searching was needed first. Two years ago, the regulatory community was demanding action on `shadow banking’ – a loaded term if ever there was one. Finance was bad. But March 2012 saw the publication of the Commission’s green paper on shadow banking and clear signs of a re-assessment. The paper spelt out that it was working on ‘transparency, standardisation, retention and accounting standards’ with regard to securitisation.

March 2014 probably marked the completion of the rehabilitation – now branded as `long-term investment’ – with the publication of the “Communication on long-term financing of the European economy”. In it, the European Commission called for “ways to revive sustainable securitisation markets”  This is because securitisation allows banks to refinance loans by pooling individual assets (small and un-rated) that would not appeal to institutional investors into a security – typically bonds – that institutional investors can invest in. The asset-backed securities are much more liquid than the loans that underpin them and large enough to appeal to big funds. This also benefits the banks, which can move loans off balance sheet and so reduce their capital requirements. The knock-on effect for the economy as a whole is much-increased access to credit. The EC also stresses, however, that there is an important caveat: “Defining criteria for identifying safe, high-quality securitisation structures and products and distinguish them from the securitisation structures that played a negative role in the crisis is an important first step, which the Commission and the international standard setters have already started to work on”.

The ECB is taking a leading role in this process – led by Yves Mersch.  Given the urgent necessity of repairing the transmission mechanism for the ECB’s single monetary policy across the whole of the euro zone, his target is to match SME financing needs with funds from both bank and non-bank investors. The proposed intermediation process is securitisation of SME loans to assist banks’ ability to fund and distribute risk. But his recent speech sent a very clear signal: “From the various statements made by myself and also the ECB-President in recent months, I think it is clear to everyone that the ECB feels that EU ABSs are being treated inappropriately by present regulations and proposals”.

The significance of cutting off access to market finance was made clear by Commissioner Barnier when he pointed out that insurers have €84tn of assets, while pension funds have €37tn. These numbers compare with euro assets of euro area banks at around €13tn. He went on to refer to the small and medium-sized companies who would find it easier to borrow if it was possible to repackage and resell their debt.

If global regulators continue to obsess about the consequences of US failures, the citizens of Europe are quite entitled to wonder why they should suffer fall-out that could go as far as destabilising the entire European project. If global regulators will not move swiftly, Europe should draw up its own rules for securitisation – at the least in euro with euro-area located assets.