While Russia has ramped up its forces on the military battlefield, its response on the economic battlefield was, thus far, limited. This may be about to change. The Kremlin has not only been floating the idea of expropriating foreign assets, it also signed an order to prohibit the import and export of critical raw materials. Which materials and which countries will be affected remains unspecified – but the EU’s vulnerability does not. Whether Moscow or Brussels will first pull the sanctions trigger is irrelevant: the EU must urgently put economic security measures in place to decrease its dependence on Russia – and China – in the months and years to come.

Russia (and Ukraine) are major suppliers of critical raw materials. For example, Russia controls as much as 44% of global palladium supplies, key in pollution control devices for cars and the aerospace industry, while Ukraine produces some 50% of the global supply of neon required in semiconductor manufacturing. Russian supplied platinum, titanium, and vanadium are used in fuel cell, hydrogen, and 3D printing technology. Russia is also the world’s third largest supplier of nickel used for electric vehicle batteries, but also in the production of stainless steel, a basic commodity in countless industries.

Disruptions in the flow of these raw materials constitute a strategic threat to EU economic security: the EU’s capacity to develop and scale the essential technologies for its transformative green and digital ambition. The disruption could also see China – which controls many more raw material supply bottlenecks – cement its supply dominance with Europe, to the detriment of the latter.

All this is admittedly nothing new. The European Commission had warned in 2008 already that the EU was “highly dependent on imports of strategically important raw materials,” without which the Union “will not master the shift towards sustainable production and environmental-friendly products.” Then, when two years later China restricted the export of raw earth minerals to Japan over a fishing boat incident, Tokyo developed a multi-pronged critical raw material strategy to support its economic security. The EU, meanwhile, challenged the legality of China’s actions at the WTO. An eventual legal victory also removed political appetite to implement wider economic security measures.

More recently, critical raw material supply security began to hold the attention once more, including in the latest EU trade strategy and industrial strategy, with new lists identifying those critical materials required for strategic emerging technologies. A 2020 Commission Action Plan warned that the EU’s open strategic autonomy was anchored in “secure and sustainable supply of critical raw materials.” The plan prompts the EU to get serious about identifying gaps and creating industrial alliances, increasing domestic production, recycling, and diversifying international suppliers. With major disruptions already unfolding and more restrictions to follow, will the Union find the political urgency to implement these measures more swiftly?

Perhaps. At last week’s EU summit in Versailles, the ambition to strengthen EU economic security in critical raw materials was reiterated and stockpiling, recycling, domestic production, and strategic partnerships were emphasised as measures to pursue.

While the summit’s focus on domestic measures (stockpiling, recycling, production) are a vital, and previously too often overlooked, component of EU economic security, international measures – building economic security partnerships – are far from exhausted. For example, last year the EU and Ukraine launched a strategic partnership on raw materials. Its big promise is to integrate Ukraine’s raw material supply into the emerging battery value chains. Similarly, Ukraine was made a priority partner to be integrated in the emerging hydrogen value chain. Putin’s war will put these on hold – but building resilient and sustainable supply chains with strategic partners is key to the EU’s geoeconomic potential. The European Investment Bank (EIB) already adjusted its lending policy to address raw material dependencies; other national and EU public finance instruments will require similar adjustment.

This is strategic connectivity: to advance both sustainable development and economic security for the EU and its key partners in Ukraine, Africa, and the Indo-Pacific and bind them into the emerging value chains of strategic technologies. It is these targets that the EU Global Gateway Strategy will be measured against. The tools are ready to be used – now political urgency must follow. 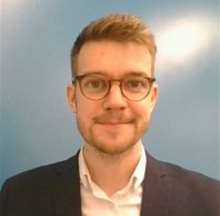