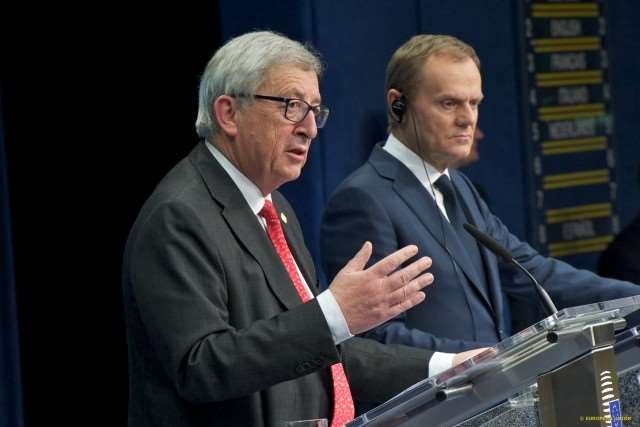 Ten years after the French referendum killed off the Constitutional Treaty, it is right to turn our attention again to the question of how better to govern the Union. The financial crisis has provided an unexpectedly tough stress test for the Treaty of Lisbon in its implementation phase – and the weaknesses of that treaty, which was always a second best compromise, have been truly exposed.

Two areas stand out for further reform, and they are both things which the 2002-03 Convention barely touched. The first, naturally, is economic and monetary union which is still governed by the arrangements made at Maastricht a quarter of a century ago and which, accordingly, is still missing that essential political pillar whose absence was regretted at the time, not least by Jacques Delors. The crisis management measures adopted hurriedly since 2008 have staved off the collapse of the euro and avoided (so far) the disintegration of the eurozone, but they have not installed a proper economic government under whose rule the progressive mutualisation of sovereign debt could confidently begin. Indeed, the crisis has been managed in a way that accentuates the technocratic nature of the EU and diminishes its democratic credentials. Executive authority is dispersed in an abstruse way between the European Commission, Ecofin, Eurogroup, European Council and European Central Bank (ECB), as well as the European Stability Mechanism; states breaching the agreed fiscal disciplines are not treated equally; and emergency measures have had to be taken outside the Union framework. The governance muddle screams out for rationalisation and codification, where necessary, in primary law. Moreover, the completion of banking and fiscal union in a true spirit of solidarity cannot be achieved within the confines of the Lisbon treaty. What is needed is a concentration of executive authority within a reformed Commission endowed with a treasury facility, backed up by the ECB as lender of last resort. Such an empowered Commission could then be answerable to the European Parliament for the conduct of a proper common policy combining fiscal, monetary and economic measures.

The second dossier missing from the earlier Convention concerns the strengthening of the legitimacy of the European Parliament. MEPs certainly won many more legislative powers under Lisbon, but there has been no commensurate reform of electoral law or development of European political parties. The Parliament remains misunderstood and even unloved. Faced with a more credible and discernible government in the shape of the Commission, the European Parliament will come into its own and must work hard to build its representative capability: transnational lists are certainly part of the solution.

Dependent on the level of ambition, there are many other things which the next general revision of the treaties ought to tackle. The reform of the financial system of the Union, for example, which is now being considered by Mario Monti and his task force, will be impossible without the replacement of unanimity by QMV for the decisions on own resources and the multi-annual financial framework. The Court of Justice has recently decreed that the accession of the EU to the ECHR, long argued as essential to give real vitality to the Charter of Fundamental Rights, is impossible without treaty change. In terms of institutions, we really need to say farewell to the rotating six monthly presidency of the Council of Ministers: the European Council should take charge of the second chamber of the legislature. In the search for an efficient federal government, the size of the college of Commissioners must be reduced. National parliaments would do well to be freed from the artificial contrivance of the subsidiarity early warning mechanism. A shift of competence upwards to the Union is needed in both energy supply and immigration if the EU is to be able to meet public expectations in those two sensitive areas. And a Convention which is going well should seize the chance to modernise archaic common policies such as transport and agriculture.

I have spelt out an agenda to realise political union in my new book. Drawing on our past experience – including the abortive Commission proposal ‘Penelope’ of 2002 – I have suggested what a federal settlement would look like and how it can be achieved. Of course, we need bold and decisive leadership from MM. Juncker, Tusk and Draghi, backed up by the solid support of the Parliament, if the member states are to be recruited to the package deal. The British, in my view, will accept federal union as long as they are not obliged to be a full part of it at this stage of their history. What will kill Europe, and risk disintegration, is constant resort to the metaphor of Pandora. The truth is that the lady opened her box many years ago. Let our generation of leaders retrieve Hope.