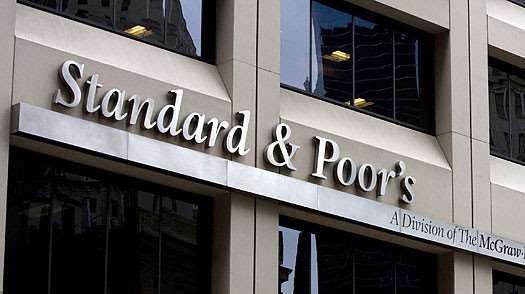 An independent non-profit agency to challenge the Big Three?

The euro crisis has served as a catalyst for re-examining the forces driving financial markets, and primary among them is the role of credit rating agencies (CRAs). Through their downgrades of certain American and European sovereign debt, CRAs were thrust into the spotlight shortly after the crisis began, and they have been there since. Their actions were heavily criticized by some, in part due to perceived inaccuracy and in part due to their heightening market jitters at a time when nervousness was already widespread. But whatever the perception, the downgrades have led politicians and the broader public to question CRAs’ acceptance, transparency and legitimacy.

Europe’s quick reaction to its lowered creditworthiness was a proposal to create a European CRA to counterbalance the oligopoly of the big three American rating agencies — Moody’s, Standard and Poor’s, and Fitch. But such a narrowly focused CRA is not the most effective solution for re-establishing the validity of sovereign ratings. A broader, more innovative approach is needed, and the euro crisis provides an opportunity to develop just that.

Discussion about increasing the effectiveness of CRAs is long overdue. The rating agencies of the future need to reflect the changing needs and demands of investors, and review established patterns and new developments in the sector. They also must take into account the needs of developing countries, some of which are quickly amassing significant economic clout. Finally, a new CRA must pay tribute to the two factors that define CRA performance: internal governance and the sovereign-ratings process.

The Bertelsmann Foundation’s recent proposal for establishing an international non-profit credit rating agency (INCRA) that focuses solely on sovereign risk heeds these requirements by offering a new, innovative legal and methodological framework that is fundamentally different from that of traditional, for-profit rating agencies. The core of this structure is an endowment that guarantees INCRA’s sustainability through financial security and an administrative architecture that ensures independence and accuracy. Additionally, the proposal features a more comprehensive methodology for assessing the reliability of debt repayment. Combining these components provides a way to establish a CRA with global credibility, one that would have greater buy-in and participation from many different actors of society such as governments and NGOs. Such a CRA has until now not existed, and that has served to be a detriment even to the international financial sector.

INCRA would conduct its unsolicited sovereign-risk assessments by using a set of macroeconomic and forward-looking indicators that ensures high-quality analyses. The forward-looking indicators would capture a meaningful picture of a country’s socioeconomic and political prospects, and highlight potential political and/or social constraints on its ability and willingness to re-pay. This methodology would be transparent, as would INCRA’s voting process, with investors having access to the process of the determination of ratings.

Such innovative ideas are needed to help resolve the financial crisis, establish new international partnerships and prevent future economic meltdowns. The Bertelsmann Foundation proposal reflects the realities of the globalized financial world, where the quality of sovereign ratings is crucial not only for Europe and the US, but also for the emerging economies such as China and Brazil. It is countries such as these that will have a growing appetite for borrowing money and, therefore, heightened interest in the establishment of a reliable framework for analyzing sovereign risk. For this reason INCRA guarantees the participation of all relevant international players, making it the first truly international CRA.

Europe, however, has a unique opportunity to lead the way in this effort. It should, within the context of the G20, spearhead the global dialogue on future CRAs. Should it do so, it would find partners worldwide interested in cooperation.